Director Clint Eastwood’s taut, understated drama Richard Jewell, hitting theaters on Friday, Dec. 13, will not be a movie beloved in federal law-enforcement or journalism circles, but it is vital watching for anyone who believes in fairness, justice, the presumption of innocence and the rule of law.

For those too young to remember, back when the Olympics were in Atlanta, Georgia, in 1996, shrapnel-packed pipe bombs, stuffed in a backpack, went off during a concert at Centennial Olympic Park. A security guard, Richard Jewell (played by Paul Walter Hauser in the film) — a overeager fan of police procedures and a former sheriff’s deputy — alerted law enforcement and helped move people out of the area, undoubtedly saving many lives.

He was initially hailed as a hero. But, the FBI decided he might be an attention-seeker who actually planted the bomb and began an aggressive investigation. News of it was leaked to a reporter, Kathy Scruggs (Olivia Wilde), for the Atlanta Journal-Constitution. As a result, Jewell and his mother, Bobi (Kathy Bates), became the intense focus of a media and law-enforcement firestorm, with only local lawyer Watson Bryant (Sam Rockwell) to defend him.

In Richard Jewell, written by Billy Ray, Jon Hamm plays a fictional FBI agent who gives up Jewell’s name to Scruggs in exchange for a sexual favor (something Scruggs’ former colleagues at the AJC strenuously deny). In response to a letter from an attorney for the AJC and its parent company, Cox Enterprises, Warner Bros. points to a disclaimer at the end of the film.

One could also argue that it’s artistic license, which also fits the film’s portrayal of Jewell. He’s shown as a hapless, thirtysomething single man who lives with his mother — which was how the media portrayed him — while, in truth, Jewell was staying with his mother temporarily after she had surgery (and he later married).

Scruggs is not around to correct the record, but neither is Jewell (more on him here).

Eventually Jewell prevailed, but as the movie shows, the effect on his life was devastating. It’s a sobering reminder of the gap between how we see ourselves and how others perceive us, and how, under a certain light, almost anything that we do or say can be misconstrued.

I talked to Hauser about how he prepared for the role of Jewell:

I think that the way I approached it was was more from the strong, silent type, chivalrous, Southern good-old-boy mentality, where he holds doors and says “Yes, ma’am,” “No, sir.” He goes to church on Sunday with his mama. He loves home-cooked food, and he feels this definitely serious duty to the police, and has that blind respect for all authority. So that was my flashlight that would allow me to walk through whatever craziness I had to abide in while playing the role.

I know he was actually pretty sharp-minded, but because of his appearance, people drew conclusions that he [was not bright], which is really unfortunate.

The story also fits in with other recent true — whether in the news or on social media — and film/TV tales that involve rushes to judgment.

That’s what we do as humans. We either consciously or unconsciously draw conclusions, and we make prejudgments about people we’ve never even met.

It happens in Hollywood, too. I’ve got to say, it’s annoying when colleagues or certain people in my industry will tell mem “Oh, don’t work with him,” or “You don’t want to take a coffee meeting with her.”

And I’m like, “I don’t need to hear a hundred stories about the five seconds you met them on set. Let me judge it for myself, and meet these people, and try to give everybody a fair shake,” which is, I imagine, what we all would hope for ourselves.

Interestingly, at the same time I saw Richard Jewell, I was reading Malcolm Gladwell’s Talking to Strangers, which is about the difficulty we all have — even trained investigators — in understanding, communicating with, and making judgments about, people we don’t know (and sometimes, even people we do). I also recently finished Jon Ronson’s So You’ve Been Publicly Shamed, about how social-media hordes can descend on people and wreck their lives over a single comment or tweet. (Read both, they’re awesome — and learn what I discovered about Gladwell’s faith here.)

In the case of Richard Jewell, the FBI hasn’t had much to say about the movie — the Bureau has bigger problems right now than a case from 23 years ago — but the journalism community is up in arms over the portrayal of Scruggs.

It’s been my experience in journalism that it loves to throw punches but is not fond of taking them. And there have been many instances of movies not portraying people accurately — for example, here’s one from the movie Spotlight, which journalists adore — and usually people are told, “Get over it. It’s just a movie.”

I guess it depends whose ox is being gored at the moment.

There is some rough language and drinking in Richard Jewell, and some injuries, etc., that are shown, but it’s perfectly fine for teens and up, and I hope it sparks some research and conversation. To get you started, there’s this excellent 1997 piece on Jewell from Vanity Fair (which is also one of the main sources for the screenplay).

Oh, and if you learn anything from Richard Jewell, it’s don’t talk to the FBI without a lawyer (which is what the ACLU recommends). 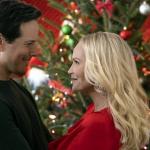 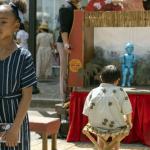 December 14, 2019 'Watchmen': So, You Used a Nun and a Rosary Because of ... What?
Recent Comments
0 | Leave a Comment
Browse Our Archives
Related posts from Kate O'Hare's Pax Culturati