Soccer star Clint Dempsey, captain of the U.S. team, is tough as nails, talented and clever–arguably the best U.S. player ever.  If he’s not as fast as he used to be, he’s still a very dangerous attacker, very physical.  He suffered a broken nose early in the U.S. team’s first game in the World Cup; but he’s still played every minute.  Dempsey is the epitome of the gritty, never-say-die spirit that’s been the hallmark of U.S. soccer in recent years.

He is also a man of faith.

Dempsey penned a meditation which was posted June 17 on the website of Fellowship of Christian Athletes, based on Isaiah 40:29-31:

“He gives strength to the weary and strengthens the powerless… those who trust in the Lord will renew their strength; they will soar on wings like eagles; they will run and not grow weary; they will walk and not faint.”

In his essay, Dempsey explains how he began playing soccer in kindergarten, and how the sport influenced his relationship with God:

Little did I know that the sport I loved and the skills I learned would later play a role in my relationship with God.

He talks about going to Mass with his Catholic grandmother every Sunday, and about how he joined a team bible study while studying at Furman University in Greenville, South Carolina.  He struggled with his faith at the age of twelve, when he lost his sister Jennifer to a brain aneurysm; but even then, God gently guided him–and Clint knows that God is faithful and will watch over him.  “God’s Word brought me peace,” Clintwrote,

“…and a desire for a relationship with Him. I found that questioning Him and searching for answers through Scripture helped me grow and gave me direction. Now my faith in Christ is what gives me confidence for the future. I know that through both good times and bad, He is faithful and will watch over me.

Today, I pray for strength to walk the road before me. I play to the best of my abilities and am thankful for the many opportunities and amazing success He has given me. Through it all, I want to do right, not make mistakes, and live a life that pleasing to Him.

God provides strength, even when circumstances seem impossible. In Genesis, God promised Abraham that he would be the father of many generations, but for years his wife, Sarah, was unable to bear children. Even as he approached one hundred years old, Abraham “did not waver in unbelief at God’s promise but was strengthened in his faith and gave glory to God” (Romans 4:20). Abraham’s faith was rewarded when God honored His promise and Sarah, at age ninety, gave birth to their son, Isaac.

The Blaze has yet another story about how Dempsey’s faith is evident in his sports career:

Fans might have noticed that Dempsey, who is the captain of the U.S. team, raised his fingers to the sky recently after scoring an incredible goal just 29 seconds into a game against Ghana.

The act is done, he said, in remembrance of Jennifer. He recently explained that he and his sister had spoken about death before she passed away and that she pledged to help him “get the ball in the net” if she ever died.

“And that’s why I look up to the sky now when I score — to remember her,” he explained. 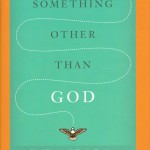