Recalcitrant LCWR Digs in Its Heels at Nashville Meeting

Fireworks this week, as the Leadership Conference of Women Religious met in Nashville for their 2014 annual meeting.

The meeting marks the first time the women’s religious had met since Vatican officials imposed a requirement last April that the group pre-clear its speakers’ lists with Rome.

LCWR leadership had snubbed their noses at that request–instead presenting their highest award, the Outstanding Leadership Award, to Fordham University’s Sr. Elizabeth Johnson, CSJ, who is considered one of the architects of feminist theology.  Sister Johnson’s book Quest for the Living God has been called by the U.S. Bishops’ Conference “seriously inadequate as a presentation of the Catholic understanding of God.”

One might have hoped that the sisters, realizing that they’d irritated the Vatican with their seeming forgetfulness about the “pre-clearing speakers” thing, might have had a low-key conference.  Not so much!

The Tablet reported on the opening address by Sister Carol Zinn, LCWR president:

Sr Carol Zinn, president of the LCWR, urged sisters to “cry out” for justice, inclusivity and compassion in her presidential address on the first full day of the assembly.

“Perhaps we’re singing in muted tones the authentic and radical message of the Gospel and the vision of a Second Vatican Council church as the People of God, all the People of God, walking together,” she said. “Likely, we’re only whispering that Oneness from within and beyond the national world to the most meaningful and sacred relationships, regardless of race, gender, sexual orientation, economic status, or belief system.”

The Tablet published this photo of the sisters leading a prayer service in multi-colored “vestments”:

Sister Johnson, in the weeks leading up to the conference, had deflected the criticism for her book–first claiming that the bishops clearly had not read the book or didn’t understand it or something.  (The USCCB issued a statement, reiterating its specific criticisms of the book’s theology.)  But Johnson made light of the disagreement in her speech this week, saying, “I think both of us are caught in a situation not of our own making.”

She reiterated the sisters’ demand for autonomy and change, insisting that religious congregations must evolve to meet the needs of a changing society and Church.  “Religious life,” she said, “is always a radical response to the Gospel in a particular historical and cultural context. It is always a response to where you are, making the Gospel present where we are. I want us to be clear about where we are.”

Sister Carol Zinn hinted that the LCWR may, by continuing to resist the Vatican’s directives for the organization, lose its canonical status–but that if that happens, they will push forward with their perceived ministry.  “When many of us started in religious life,” Sr. Carol said, “our congregations were serving in an institutional way,” running schools, hospitals and other large institutions. “That’s shifting. We’re not doing the shifting, God is.” Religious congregations might have to change how they live their charisms, she said. “It might not be consecrated life the way we’ve lived it.”

My colleague at the Catholic Portal on Patheos, Joanne McPortland, wrote a stirring reflection on St. Clare of Assisi, wondering what Clare might say if she were invited to address the LCWR.  Joanne noted that the saint was both insistent and humble, and offered a prayer for guidance in the “nun wars”:

As Clare died to her family, slipping out the secret stairway of death, so may we recognize that our journey only really begins when we die to self, to ego, to winning.

May we turn our eyes and hearts, as Clare did, to the Eucharist, the utterly transformative wedding feast of Christ, without which there is no religious life and no life for the religious.

My we be strict with ourselves, and easy with those we love and lead.

May our lives be the place of solace and asylum where despair turns to joy.

May we never be afraid to engage in sincere dialogue with those who differ with us.

May we recognize the walls of the cloisters in which life places us, often against our will, as enclosing the very heart of peace, found only in surrender.

August 16, 2014
Anne Thompson Gets the Scoop: Pope's Coming to Philly!
Next Post

August 18, 2014 Frankenstein Science: Head Transplants Are Now Possible?
Recent Comments
120 Comments | Leave a Comment
Browse Our Archives
get the latest from
Catholic
Sign up for our newsletter
POPULAR AT PATHEOS Catholic
1 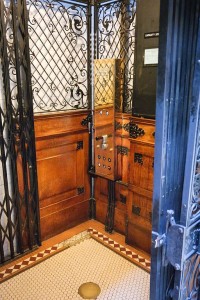 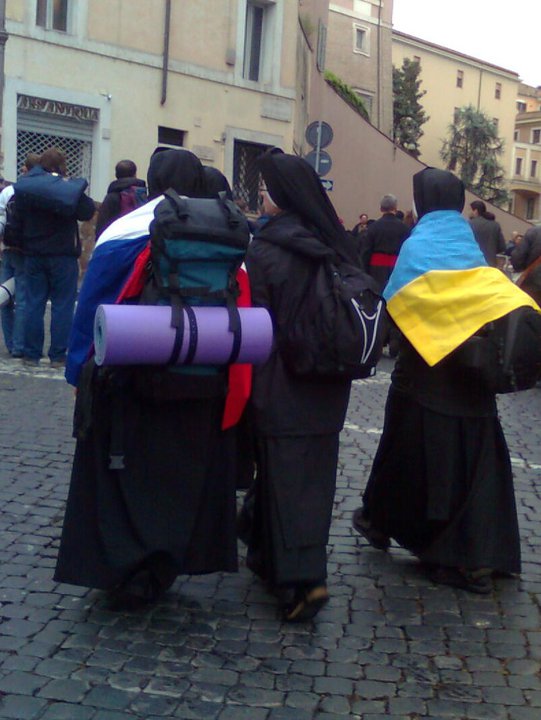 Catholic
More Nuns for Britain, But Fewer for the...
Seasons of Grace
TRENDING AT PATHEOS Catholic