I’ve been taking a break from posting about ex-President Donald Trump ever since he left the White House and has been living in Mar-a-Lago in Palm Beach, Florida, as a private citizen. And I intend not to comment about him much anymore. But I thought I would now only bring us up to date on what his legal situation is.

Today, The Washington Post has an article penned by four of its reporters entitled, “Trump faces an onslaught of legal problems, as investigations and dozens of lawsuits trail him from Washington to Florida.” It says twenty-nine lawsuits have been filed against Donald Trump, most of them having to do with his time as president, and this number is growing. All have ongoing investigations. So, no charges have been filed yet.

Trump has been raising political money, up to $31 million now, and some of this likely will be used to pay lawyers to fight these lawsuits. However, some of his lawyers have been quitting, so that it is becoming difficult for him to secure good lawyers.

The two main lawsuits that have been going on for some time are in Trump’s previous home state–New York. Last year, he changed his personal residency from New York, where his business, The Trump Organization, is still located, to Florida. Manhattan District Attorney Cyrus Vance, Jr., is conducting a criminal investigation that began with Trump possibly violating federal, political campaign finance laws regarding his alleged paying of hush money to two women: Stormy Daniels and Karen McDougall.

But this investigation was soon enlarged to include possible tax evasion and fraud regarding bank loans and insurance policies and possibly money laundering. This investigation was hampered for a while until the courts ruled that the Trump Organization, Deutsche Bank, Ladder Capital Finance, and Mazars USA accounting group had to turn over all of the tax returns and other financial information of Donald Trump and his Organization for something like at least the last eight years. This is why Trump has been saying the Supreme Court has mistreated him; it finally ruled that the lower courts were right to rule against him on providing his tax returns and other financial information.

Recently, Vance brought on his team Mark Pomerantz who in the 1990s successfully prosecuted John Gotti Jr. of the Mafia Gambino family in New York. This investigation has shown signs of picking up speed under multiple subpoenas. Vance announced this week that he will retire at the end of this year. Thus, it is expected this investigation will produce charges against Donald Trump well before the year is finished. Since this is a federal, criminal investigation, if Trump loses it likely will result in imprisonment.

New York Attorney General Letitia James is conducting a civil investigation of the same matters on behalf of the State of New York, thus tax evasion, bank fraud, and insurance fraud. If this African-American and her investigative team are successful, Trump will only be subject to paying monetary damages.

Then there is the investigation in the State of Georgia concerning President Trump having attempted to overturn this state’s election results by coercion of state officials via phone calls. If this lawsuit is successful it also could result in Trump imprisonment.

Then there are some new lawsuits against Donald Trump regarding what the House had called in its article of impeachment “incitement to insurrection” caused by Trump’s speech he delivered to his supporters on January 6th that led to them assaulting the nations’ Capitol while the entire 535 members of Congress were meeting to certify that Joe Biden indeed won the November 3rd presidential election and would be inaugurated as president on January 20th, which did happen. But the hundreds of rioters had endangered the lives of members of Congress, and the assault resulted in five deaths, one of them being a Capitol police officer. 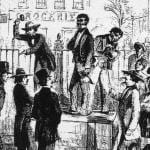 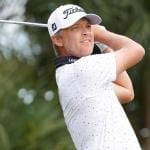 Bilingualism in the Earliest Church
It is funny how ideas come up. It started with me mentioning...
view all Progressive Christian blogs
What Are Your Thoughts?leave a comment
Copyright 2008-2021, Patheos. All rights reserved.
error: Content is protected !!