UFOs Are Back Under the Radar in the U.S. Government 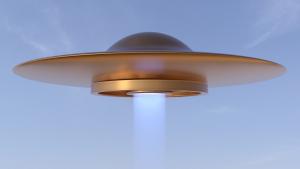 The U.S. government has made a major change about its investigation of UFOs, meaning Unidentified Flying Objects. A few years ago, the Pentagon renamed UFOs Unidentified Aerial Phenomena (UAP). Now, the Pentagon has abandoned that term to try to fit all of the UFO evidence into the term Unidentified Aerospace-Undersea Phenomena (UAUP). The reason is that some UFO sightings–which the Pentagon acknowledges are legitimate phenomena that cannot be explained as natural occurrences and cannot possibly be man-made–involve quick descent and perhaps ascent into earthly bodies of water, such as lakes and oceans. For, such phenomena have sometimes been reported in the U.S. and elsewhere in the world for decades.

I wrote a series of ten blogs posts in 2018 about “The Most Renowned UFO Incidents” in the U.S. that were reported back then, starting in the early 1940s. Both Air Force officers and most U.S. government officials were skeptical of UFOs. And so were nearly all of those in the Air Force or otherwise associated with it in its UFO investigations and therefore the production of Project Blue Book, which began in 1952. So, there were hardly any believers among those government officials who investigated UFOs.

For example, both Air Force pilots and commercial aviation pilots were subjected to ridicule and feared losing their jobs if they reported to their superiors that they saw a UFO. This was even the case when, on some occasions, the UFO appeared on their plane’s radar, which those superiors often could not dispute even though they may have tried to do so.

Of course, most supposed UFOs have had very plausible natural explanations. But a certain percentage of them have not, which experts say is about perhaps 10%. Those are the ones that puzzle those tapped to investigate UFO phenomena. Furthermore, UFOs are not peculiar to the U.S.; rather, UFO sightings are reported all over the world all the time, often by government officials. Not only that, UFO sightings go back hundreds and even thousands of years.

The U.S. government ended Project Blue Book in 1969. Ever since, the attitude of the U.S. government about UFO sightings was to dismiss them and not discuss it. Why? I maintain they did this because they didn’t have a satisfactory explanation for it. And some Americans have thought such silence threatens national security since UFOs could be an aviation advance by another nation, such as the USSR or Russia, and the U.S. cannot ignore this. But the U.S. did not ignore that plausibility during Project Blue Book.

Then came Harry Reid, a U.S. Senator of Nevada from 1987 to 2017. For many years, he was the Democratic Majority Leader of the Senate. In 2007, he reopened U.S. government interest in the investigation of UFOs. Influenced by astronaut John Glenn and others, Reid and some of his Senate colleagues established a clandestine Pentagon project called the Advanced Aerospace Threat Identification Program (AATIP). And they got it initially funded with $22 million of government money.

Because of this, the federal government now has a different, and I would say much better and more credible, attitude toward UFOs/UAPs. Government officials now admit concerning such sightings that cannot possibly have a natural or man-made explanation that they do not understand these phenomena. Now, we’re getting somewhere.

Last month, the Pentagon announced it had opened the All-domain Anomaly Resolution Office (AARC) to further investigate UFOs/UAPs. And last year, a leaked video shows a UFO flying beneath ocean waves, which the Pentagon admits is authentic. Some members of the Senate Intelligence Committee now admit that some UFO sightings that have no possible natural explanation have a “non-human origin.” Again, now we’re getting somewhere.

I have been interested in UFOs ever since I was a teenager. It’s because my favorite uncle, who was a church pastor, had multiple experiences with UFOs and “little people” who came out of them. I had several talks with him about this over the years. And he went on to be an authoritative speaker at some UFO conferences. I do not believe that my uncle was crazy even though his brothers thought so, and sort of including my dad. No, my uncle was a totally sane guy.

But the Bible also tells us that there is more than God in heaven; it says there are angels there, and lots of them. Like God, they are supernatural, spirit beings also. And many of them come here to earth. The Bible has many narratives that are about a human being or multiple human beings seeing and even conversing with an angel or angels. And the writer of the book of Hebrews in the Bible’s New Testament explains that “angels,” that is, God’s angels, are “spirits in divine service, sent to serve” here on earth “for the sake of those who are to inherit salvation,” meaning God’s people (Hebrews 1.14 NRSV).

The apocalyptic book of Daniel in the Old Testament tells about “holy watchers” (Daniel 4.13, v. 23, cf. v. 17). They obviously are angels who came down from heaven to observe a human situation and act toward it according to God’s instructions.

I believe it becomes obvious in considering all of this data about angels in the Bible that sometimes they are here merely to observe us humans. And that is what the apostle Peter writes, referring to human “things into which angels long to look!” (1 Peter 1.12). And the apostle Paul writes likewise, saying of himself and other “apostles” that “we have become a spectacle to the world, to angels, and to mortals” (1 Corinthians 4.9). They were a spectacle to angels because angels were here, observing them. Angels, of course, can make themselves visible or invisible.

I’ve blogged before about the time I met and sat on airplane conversing these things for almost an hour with Gene Roddenberry, the creator of Star Trek. (See “My Talk with Star Trek’s Gene Roddenberry About Aliens, God, and Sci-Fi.”) We were flying from New York City to Morocco to play in the king’s golf tournament.

Gene asked me if I believed in aliens. I said, “yes.” He was surprised, since he knew I was a Christian and thought Christians wouldn’t believe in such foolish things. I then said, “they’re angels.” He exasperatedly exclaimed, “Oh, I don’t mean that!” I smiled. We then had a long talk about it.

I further believe the Bible indicates that by at least the so-called end times, humans will possess the ability to identify angels even if they are invisible. A difficult text in the book of Daniel says of the one whom I believe will be the Antichrist, “It grew as high as the host of heaven,” referring to angels (Daniel 8.10). Then the text says, “It threw down to the earth some of the host and some of the stars, and trampled on them.” I don’t know for sure what all of this means. But I am sure it indicates that this human being, the Antichrist, will identify some angels and throw them down to earth. You may say I shouldn’t be interpreting this literally. But then we get into hermeneutics, and I don’t have space in a blog post to give my reasons for this literal interpretation.

Now, before you say I’m wacko about this, hear me out. I’m writing a series of 12 nonfiction books on Bible prophecy called STILL HERE, in which four are published. In Book 1, I explain that biblical typology regarding the third day motif indicates that the end of the age cannot happen for a while yet. I say in that book that I believe, based on this biblical phenomena, that it will happen between the years 2070 and 2250, thus during a 180-year time span.

But in the next STILL HERE book, I will narrow that time span so that it will occur at least a hundred years, and more likely 200 years or more, from now. That allows necessary time for human advancement in which a human being, such as the Antichrist, will be able to identify angels and overpower them to the extent that he can throw them down to earth. How will he do this? Human technology will advance so that he will be able to do it. One of my future STILL HERE books is about this.

Moreover, by the end time there will be no atheists among rational people. For we read in the book of Revelation concerning this Antichrist, “It opened its mouth to utter blasphemies against God, blaspheming his name and his dwelling, that is, those who dwell in heaven” (Rev 13.6). Thus, he will know for certain that there is a God, that he dwells in a non-physical place called heaven, and that his angels dwell there with him. The same is true of God-hating people during that time. For we further read, “they cursed the name of God,” and “they cursed the God of heaven” (Rev 16.9, 11). How do they know that God exists? Technology will so advance that they will know that there is a heaven and that there is a “Most High God” who rules there, as the Bible often says. 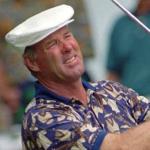 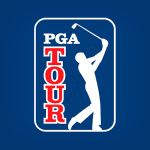 August 24, 2022 PGA Tour Making Changes Due to LIV Golf
Recent Comments
0 | Leave a Comment
"The whole country knows Arizona is incompetent when it comes to elections. It started on ..."
Bob Shiloh Arizona Republicans Enact the Battle of ..."
"The text of your post seems to contradict the title."
Summers-lad COVID Deaths May Have Cost Democrats ..."
"Every day I see another article on the unexpected death of another vaccinated person. Every ..."
Bob Shiloh COVID Deaths May Have Cost Democrats ..."
"Make American Republicans Miserable Again? If they still support trump, they never stopped being miserable."
Patrick Trump Goes From MAGA to MAMA ..."
Browse Our Archives
Related posts from Kermit Zarley Blog 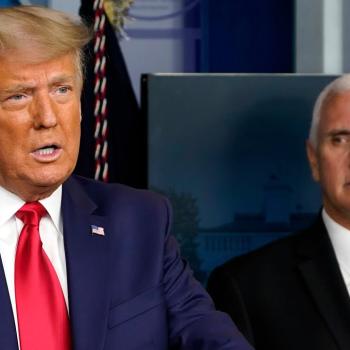 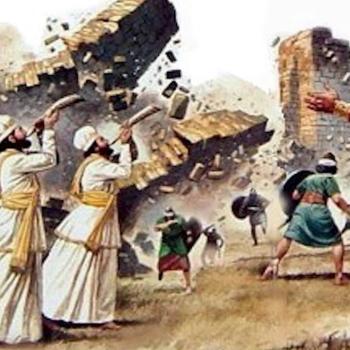