A lesbian changed through Jesus 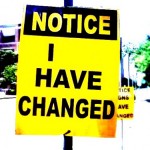 I woke many a dark morning, knotted in anguish with the entirety of my cavernous being crying out for release  – asking God to change me.  And God did.

As it turns out, the answer to my prayers was to accept God’s creative genius calling me to live into this crazy and beautiful life as a queer Christian.  When I finally was able to face who I am and begin the long journey toward being who God has created me to be I experienced something radical, something common – peace.  There is much to tell of those days of the tentative steps into the light, but for the sake of this post I can say that they were the worst and best days of my life. It was excruciatingly painful and overwhelmingly joyous because through all the angst, fear and rejection I was meant to face I was also blessed with the most tangible experience of God’s presence in my life. Never before had I felt such a palpable closeness with That Which Transcends Our Understanding. I knew deep in my bones and unto the tips of my toenails that God was with me, just a few steps ahead of me, in the dark valley that my weary feet were made to walk in order to reach the other side of grace. From the moment I allowed myself to accept the truth – I am a woman made to love a woman –  I began to feel newly alive. Feelings of guilt, shame and fear left me in wafting wisps like morning mist rising off asphalt in August. I finally began to feel right, clean – whole. A peace like I’d never known began to spring up inside me like a newly tapped well, abundant with life. Do these descriptions sound familiar to any of you Christians out there?

Coming out and living fully integrated into the body, heart and mind that this soul inhabits, has changed me, is changing me every day:

from accursed to blessed

from self-loathing to self-loving

from self-serving to self-giving

from hopeless to hopeful

from fractured to whole

from isolated to interdependent

from callous to caring

from despairing to delighted

from worrying to trusting

from impatiently perfectionist to contentedly imperfect

from hiding in darkness to walking in light.

Merriam webster defines sanctification as “the state of growing in divine grace as a result of Christian commitment after baptism or conversion.” There are reams and reams of parchment with the ink of the ages scrawled all over ’em talking about the theology of sanctification but what I KNOW is what I have experienced, am experiencing every day. When I finally turned from my life of lies, hiding in terror and shame and faced God and my community with my whole self my feet were set on a new path, lit by a Lamp like no other, that while is right and holy is not easy.  It is frighteningly narrow at many times, fraught with those who would turn me around and destroy all that I have partnered with God to realize but onward I trod with the blessed assurance that I am living into God’s goodness, and found in God’s love.

Thanks for being on this journey with me. 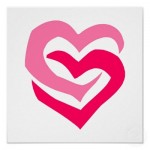 February 11, 2013 Complementarianism can be so queer
Recent Comments
250 Comments | Leave a Comment
Browse Our Archives
Related posts from Kimberly Knight

250 responses to “A lesbian changed through Jesus”