There is a Third Way but it’s not what you think – Jesus’ third way for gays October 23, 2014 Kimberly Knight

Christians of every ilk seem to have something to say about the mythical “Third Way” for faithful folks to remain in covenantal community, even as the body of Christ deeply disagrees about same-sex marriage.

On one side you have good and faithful folks like Ken Wilson (the Senior Pastor at the evangelical Vineyard Church in Ann Arbor, MI)  and Pastor Danny Cortez (pastor of a small Southern Baptist Church in La Mirada, CA) who are calling us to stay in community and work to find unity in diversity of theological positions and essentially agree to disagree while not casting judgment on one another.

On the other you have folks like Al Mohler, the head of the Southern Baptist Theological Seminary, who freaked the F’K out about all all this crazy talk of love, compassion and community and stated in no uncertain terms that there is no third way. He further encourages specious behavior that seems to reject the core tenants of the Baptist tradition, but I’ve already covered those shenanigans elsewhere.

Interestingly enough, also landing squarely in the NO Third Way camp are progressives who, like myself sorta agree with Mohler (I just threw up a little) that, no, we cannot just agree to disagree – you either affirm LGBT people and marriages or you don’t. No namby-pamby middle ground.

So as I’ve done a little more thinkin’, prayin’ and readin’ in my search to reconcile all this nonsense, I returned to a theologian who has had immeasurable impact on my life – Walter Wink.  I think Wink has the key. Well, to be fair, according to Wink, Jesus has the key, Wink is just holding the flashlight so my trembling hand could find the keyhole and turn the lock.

Let me back up a bit.

When I hear straight folks talking about a Third Way of discerning how to be in relationship with other straight folks who hold different ideas about the sacred worth of LGBT children of God, I sigh a little (ok, a lot and rather aggressively). Bless their hearts. See, non-queer Christians don’t entirely get it that they don’t have an integral aspect of their humanity being called a sin, so yeah, it’s scads easier to stand in that space offering to agree to disagree. Y’all get to hold hands and sing Kumbaya and shit while talking about whether or not I get a full and equal seat at the table. Ok, all spicy language aside, I actually do believe there is a place and call for allies to stand in the gap with folks who are struggling to reconcile a lifetime of religious instruction with good and faithful hearts who want desperately to love their gay and lesbian neighbors (or children). But I can’t really stand in that gap anymore.

Once you start talking about being in mixed company – all swirling together the straight and queer folks, then as I have said over and over again, that’s real sweet and nice when it is not your own humanity and sacred worth at stake, but, yeah I want none of a third way that asks me to consent to the lie that how God has created me to love and live is an abomination. And know this, if you, tender and sweet ally, chose to cede the point that homosexuality is a sin so you can be in community with your conservative sisters and brothers, when you consent to that lie, you are consenting to calling my very existence an abomination. When you give away that point, you give me away. You throw me away.

And guess what, as it turns out –  that is not the third way of Jesus.

The third way of Jesus is a persistent and often subversive resistance to evil. And the lie that being queer is a sin or that God blesses only marriages between one man and one woman – let me make myself very clear – is evil.

Theologian and author Walter Wink has a great deal to say about how Jesus calls us to name, unmask and engage the powers of domination in the world.

At the core of his work, Jesus and Nonviolence: A Third Way, Wink leans into a series of scriptures known as the “eye for eye” “cloak and tunic”, and “extra mile” passages that have been used to instruct bushels of Christians to actively present themselves as holy doormats for evil people to walk all over. Wink implores us to pay close attention to the context and the language and see that Jesus offers a true third way of responding to evil and injustice in the world; revealing “creative alternatives that transcend the only two that we are conditioned to perceive: submission or violence, flight or fight.” (p.34-5) “Jesus suggests amplifying an injustice (the other cheek, the undergarment, second mile) in order to expose the fundamental wrongness of legalized oppression.” (p.42)

Jesus’ teachings about non-violent resistance do not charge us to submit to or collaborate with the oppressor for that is “impractical, masochistic, and even suicidal – an invitation to bullies…to wipe up the floor with their supine Christian victims.”

“To those whose lifelong pattern has been to cringe before their masters, Jesus offers a way to liberate themselves from servile actions and a servile mentality. And he asserts that they can do this before there is a revolution.  There is no need to wait until Rome has been defeated, or peasants are landed and slaves freed.  They can  begin to behave with dignity and recovered humanity now, even under the unchanged conditions of the old order.  Jesus’ sense of divine immediacy has social implications. The reign of God is already breaking into the world, and it comes, not as an imposition from on high, but as the leaven slowly causing the dough to rise (Matt.13:33//Luke 13:20-21).  Jesus’ teaching on nonviolence is thus of a piece with his proclamation of the dawning of the reign of God.

Gandhi insisted that no one join him who was not willing to take up arms to fight for independence.  They could not freely renounce what they had not entertained.  One cannot pass directly from “Flight” to “Jesus’ Third Way.”  One needs to pass through the “Fight” stage, if only to discover one’s own inner strength and capacity for violence.  We need to learn to love justice and truth enough to die for them, by violence if nothing else.” http://www.cres.org/star/_wink.htm

So yeah, there is a third way, but it is NOT agreeing to disagree and it is not submitting to a system of domination that abuses the bible to deny lesbian, gay, bisexual and transgender children of God their equal civil rights. The third way subverts and ultimately hopes to convert those who wrap fear and loathing in the wicked cloth of false piety to deny us a seat at God’s table.

So yeah, I do accept the call to Jesus’ third way that invites the oppressed children of God to:

Ready to keep talking about the Third Way? Ok, me too. 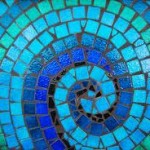 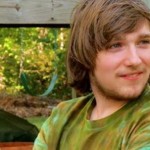 October 27, 2014 The church is killing her gay children
Browse Our Archives
get the latest from
Kimberly Knight
Sign up for our newsletter
POPULAR AT PATHEOS Progressive Christian
1

Replace the DOW and NASDAQ With Daily Reports...
If I open my phone and swipe left, top of the screen...
view all Progressive Christian blogs
Copyright 2008-2020, Patheos. All rights reserved.