Why this Christian will never celebrate gay celibacy

There is a poorly thought-out article in the Washington Post from December 2014 that, well this:

“Celibate Christian LGBT people are stepping out into the open for the same reason LGBT people in general are: Society has become so much more accepting, including in religious circles. But among conservative Christians, efforts toward more acceptance have collided with the basic teaching that sex belongs only among married men and women. The celibacy movement helps reconcile those concerns.”

This is not a new movement of people stepping into the light (silly WP!) but rather the same old ignorant and homophobic expectation that LGBT Christians should hide their sexuality in the dark and try to change their created orientation in order to be in relationship with God and community. Such faithless nonsense fertilizes the fetid lie that gay sex is a sin and that for God and our families to love us we must reject the love we were created to experience.

Lets get a few things out of the way up front and address some comments I can already hear stacking up.

First. It is worth claiming that I regard so called “Side B” gay Christians as misguided literal/factual readers of scripture that are yet unable to grasp that such reading is unbiblical and frankly unfaithful. As I’ve said ’til I’m blue in the face, the bible is not nor ever was ever meant to be read as the literal/factual final Word of God. But that is not what this post is about.

Second. Yes, there are some people who are called to a life of celibacy for all sorts of reasons and I am not saying that celibacy is wrong for all people. I do worry though that prescribed celibacy for otherwise sexual people is predicated on the untenable theological bifurcation of body (bad) and soul (good), but that too is fodder for another post all together.

Third. I don’t presume to assert that all people are sexual beings. There are many who crave intimacy without sex and we’ve come to understand this orientation, along the vast orientation spectrum, as asexual – a healthy and valid expression of one’s personhood but again, content for another post.

What I am clear about is that promoting celibacy as the higher or more faithful choice (for LGBT people specifically) is very dangerous since it can be (and is) wielded as prescriptive for all LGBT people. “If  Josh and Jane can do it, so can you, you just need to have more faith and submit to God’s will.” Balderdash!

So, here’s what I really came here to say today. By choosing celibacy in an otherwise sexual body, the gay Christian has submitted to their abusers out of fear and self-preservation, appeased the abuser with vows of celibacy hoping that if they are just good enough the abuser will stop hurting them, sacrificed their personhood to maintain relationship with and love those who are abusing them and have chosen to conspire with their abuser to perpetuate the spiritually and psychologically devastating lie that gay sex is evil.  More directly stated, they are suffering from Stockholm Syndrome.

Let’s look back at one case cited in the WP article.

“Julie Rodgers was hired this fall to engage frankly with these topics. A lesbian, she is the first staffer charged with serving the gay and lesbian community in the chaplain’s office of Wheaton College, a highly prominent evangelical school in Illinois. Raised in a conservative Southern Baptist home in Texas, Rodgers went through years of now-discredited “reparative therapy” — a practice purported to turn gay people straight that many conservative churches are abandoning. After deciding it was damaging, she embraced celibacy.”

For a little more detailed examination of the correlation between gay celibacy and Stockholm Syndrome I’ve drawn from the following description and outline found on the RAINN website. Their definitions are in quotes, my thoughts are in italics.

“Described as a victim’s emotional “bonding” with their abuser, Stockholm Syndrome was given its name following a hostage situation in Stockholm, Sweden when, following the end of a bank robbery, the hostages identified with and supported their captor.

Dr. Joseph Carver, a clinical psychologist, describes emotionally bonding with an abuser as a survival strategy for victims of abuse and intimidation. For example, a victim who was abducted and raped may, years later, describe the captor as a “great person” with whom he/she formed an emotional bond, may be showing characteristics of a victim suffering from Stockholm Syndrome.1

It is important to remember that Stockholm Syndrome develops subconsciously and on an involuntary basis. The strategy is a survival instinct that develops as an attempt to survive in a threatening and controlling environment.”

“The Components and Progression of Stockholm Syndrome

Following are the components of Stockholm Syndrome as they relate to abusive and controlling relationships. Common symptoms include:1″

“Victim having positive feelings toward the abuser”

Of course gay/celibate folks have positive feelings toward their families and churches even if they have been abused to the point of despair because our families and communities have raised us and nurtured  in so many other ways.

“Victim having negative feelings toward family, friends, or authorities”

We assent to the lie that anyone – family, friends and theological/psychological authorities – who tell LGBT people that we can be in loving, sexual homosexual relationships are wrong, even evil and are trying to lure others into a life of deadly sin.

“Abuser having positive feelings toward the victim”

Love the sinner and hate the sin.

“Victim supporting or helping the abuser”

This would be the gay or lesbian Christian who has been convinced of their sinfulness, surrenders to celibacy and then promotes the abusers’ agenda as the higher, truly faithful choice for all gay and lesbian Christians.

Maybe it will help if I make this a little more personal for you.  Repression and heterosexual marriage, not celibacy, were my colluding acts with my abusers but as I think you will see, the results are the devastating just same.

(Again I pull from RAINN with their words in quotes and mine in italics.)

“Following are several stages in the progression of Stockholm Syndrome:1″

“The victim dissociates from his or her pain, helplessness or terror by subconsciously beginning to see the situation / world from the abuser’s perspective. The victim begins to agree with the abuser and certain aspects of his or her own personality, opinions, and views will fade into the background.”

Believe me I get it. I too have felt the deep pain and helplessness that comes with coming to terms with my sexuality as a Christian woman. I have cried away many a night and sat in sheer terror of not only the loss of family and friends but the deceptively ingrained images of hell’s fire awaiting me. If only I could be straight, maybe if I get married, maybe if I have a baby, yes, I will be come straight and my truth will fade into the background.

“By doing this, the victim begins to learn how to appease and please the abuser, which may keep him or her from being hurt or worse. Similarly this tactic can be used to manipulate the abuser into being less dangerous, at least for a little while.”

So I was able to appease my family and stay in relationship with my mom and dad, friends and the church and not have to hear the constant stream of hateful, hurtful words spewed from the mouths of those I love…at least for a little while.

“After a while the victim begins to realize that his or her abuser portrays the same human characteristics as anyone else. At this point he or she will begin to see the abuser as less of a threat. Some abusers may even share personal information in an effort to bond with the victim and to promote pity rather than anger.”

My mamma was just a mamma, like me now. Her own fear and loathing came from years of begin trained to think like that, she couldn’t help it, right?  Plus, I’ve been in community Christians who, in many other aspects of their lives, were just simple and kind people that lived lives much like my own, they didn’t really know any better, poor things. We attended the same churches, went to the same schools, shopped at the same stores and ate the same southern cooking at Wednesday night suppers. Later my kids would play on the same playgrounds, attend the same schools and hang out in the same scout troops with real nice people who just don’t know that they say and do mean things.

“This bonding, in turn, leads to conflicting feelings (e.g., rage and pity) and illogical concern for the abuser. The victim may even ignore his or her own needs.”

For decades I ignored my own true createdness, my own needs and threw myself obsessively into caring for everyone else around me until a festering, oozing chasm opened in my soul that left me unfit for right relationship with anyone.

“Once the traumatic event has ended, however, the victim must again learn not to dissociate from his or her emotions and not focus on the abuser. This can be a very difficult transition.”

Even after I decided to break the cycle to accept the truth that God loves me as God created me and live with my first true love, I was so deeply scarred by my “Christian” PTSD that I was unable to appropriately relate to and process feelings feelings, stop the internal voices of self-loathing and victimization and transition into a life of joy. It destroyed my marriage.

When gay and lesbian Christians accept the abusive lie that the right path to God’s heart is either celibacy or heterosexual sex within the confines of marriage we are internalizing and identifying with our abusers, perpetuating their abuse and setting the stage for others to fall prey to the same. We are suffering from Stockholm Syndrome.

This lesbian, this follower of Jesus, this middle-age mamma living and learning to love in the south will not now or ever validate the self-destructive delusion that lesbian, gay, bisexual and transgender people are called to a life of celibacy (or false marriage) to be in right relationship with God or community.

This is nothing more than rejecting our sacred worth and therefore rejecting the justification that has already occurred, is occurring and will occur continuously in Christ. To do so is a rejection of God. And that is the sin that leads to death.

I choose freedom in Christ. I choose life. 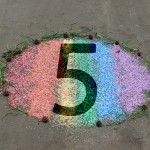 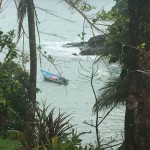 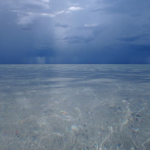