Trump alone cannot overturn marriage equality, but that is not the point

Trump alone cannot overturn marriage equality, but that is not the point November 12, 2016 Kimberly Knight

Okay y’all, please listen to me.

Yes, it is true that in order to overturn marriage equality, Scalia’s seat needs to be filled with a conservative judge (which it will be) and another seat would likely need to be filled similarly and the SCOTUS would need to agree to hear a case.

That is not entirely the point, so please do not tell me to “not worry” as I make wedding plans for March of 2017.

Ask yourself this – how many Kim Davises are there out there who will be emboldened to break the law when your gay, bisexual, lesbian or transgender neighbors apply for their marriage license with a partner of the same gender? How quickly do you think a Trump administration will be to force them to obey the law?

Remember friends, the “man” who will take the baton from our current president has pledged to sign the  First Amendment Defense Act (FADA), if passed by the scoundrels in congress. This tasty legislation was first introduced in the House in June of 2015 and would pretty much legalize anti-LGBTQ discrimination of any kind, including among employers, businesses, landlords and healthcare providers, and yes, wedding planners just so long as they thump on the bible they selectively read.

How many people will openly denigrate couples who only want to celebrate their love?

How many MORE times will I now be afraid to hold my partner’s hand in public?

Our wedding is planned for a public beach in Florida. Florida, y’all. Will we have to worry about our sacred ceremony being disrupted by hateful hecklers who happen upon our happy scene?

This is not just about the law, this is about people who have been given a blank check to discriminate boldly.

Trump may not turn out to be the hateful new Hitler his campaign made him out to be, but please understand, it was that brand that made him president elect. He won not in spite of the xenophobia, homophobia, racism, misogyny  and abuse of differently abled people, he won because of it and I stood in line to vote next to people who made this happen.

If you are going to tell me not to worry, you better either be walking around in shoes that look an awful lot like my ratty ass, size 8 chuck taylors, or you better be ready to use your own sandals to defend both my civil and basic human rights in the courts and in the courtyards of America. 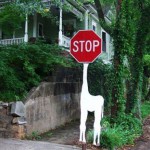 December 5, 2016 I am done mollycoddling the willfully ignorant
Browse Our Archives
get the latest from
Kimberly Knight
Sign up for our newsletter
POPULAR AT PATHEOS Progressive Christian
1

New Book: #WhatIsGodLike by Rachel Held Evans and...
There was one person who was immediately at the top of my...
view all Progressive Christian blogs
Copyright 2008-2021, Patheos. All rights reserved.