“He Ascended into Heaven…” 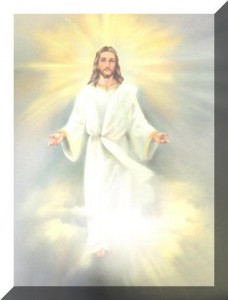 “He Ascended into Heaven…” Thoughts on Ascension Day 2012

Ascension Day is rapidly approaching. What are we to think about this mystery? What are we to teach and preach, if our task is to communicate its meaning to others this Sunday?

I  like to break mysteries down into what, why, where, when, and who. At least then I am clear about what I can never fully understand.

The “what” of the Ascension is Jesus’ bodily rising into heaven and being welcomed by God and seated at God’s right hand. Ascension Day is traditionally celebrated on a Thursday, the 40th day of Easter. It is often celebrated on the following Sunday. In the early Church it may have been celebrated in conjunction with Easter or Pentecost. According to Augustine, it dates from the time of the apostles and mention is made of it in the writings of John Chrysostom from the late 300’s. Ascension Day is a chief feast of the Christian
Year, affirmed in the Nicene Creed and the Apostles’ Creed.

In thinking about precedents in the Hebrew Scriptures, the prophet Elijah comes to mind. See 2 Kings 2:8 for a dramatic exit worthy of Cecil B. DeMille, involving chariots of fire, horses of fire and a whirlwind. The other tradition that comes to mind is the intertestamental tradition reflected in 1 Enoch 42:2 that the Wisdom of God, having been rejected by the inhabitants of earth, retreats to heaven.

There are accounts of (or references to) Jesus’ Ascension in the traditional ending of Mark (16:19-20), Luke 24:50-51, John 20:17, and Acts 1:6-11. There is no mention of it in Matthew. In Acts Jesus promises the disciples that the power of the Holy Spirit will come upon them and commissions them to witness to the good news to the ends of the earth.

He is then lifted up, a cloud takes him out of their sight, and 2 men in white robes appear and promise Jesus’ return via a cloud at some unspecified time. Other passages that speak of Jesus’ ascension and right hand seating are 1 Peter 3:21-22; Ephesians 4:7-13, and 1 Timothy 3:16.

The “where” of the Ascension: Luke says Bethany. Acts says the Mount of Olives.

The “when” of the Ascension: In Luke (Luke 24:50-53) it happens on Easter Sunday evening. In Acts it is 40 days after the Resurrection (Acts 1:3-5). The number 40 reminds us of the 40 years the Israelites wandered in the wilderness and the 40 days Jesus spent in the desert.

The “why” of the Ascension. I think of every text as an attempt to answer someone’s question and then I ask myself, “What is the question?” In this case the Ascension counters the notion of various groups lumped under the umbrellas “docetists” (from the Greek dokeo which means “to seem”) who believed Jesus only appeared to be human, that his earthly body was a mere optical illusion. He didn’t really suffer on the cross. He was God appearing to be human. Other Gnostic groups (from the Greek gnosis) were dualistic, believing in a sharp divide between matter and spirit, with matter being evil and spirit being pure and incorruptible. A bodily Ascension offers a smack down to both the docetists and the Gnostics. Jesus suffered, taught, and loved inseparably from a human body.

He was resurrected as a spiritual body that can pass through locked doors but that still has the marks of his wounds. He sticks around for 40 days, according to Acts, teaching in that mode and, when it’s time for farewell, he departs as a resurrected body, not a disembodied spirit. The ascending Jesus and the earthly Jesus are the same, fully human, fully divine.

And that brings me to a story. When I was a little girl, maybe 4, my parents took me to church every week at at Baughman Memorial Methodist Church (we weren’t “United Methodists” yet) in New Cumberland, Pennsylvania, a little town on the Susquehanna River in Central Pennsylvania. It was a dark paneled church, built in the early twentieth century. On the back wall was a huge, 2 pane stained glass window. The left hand pane pictured Jesus kneeling in the Garden Gethsemane, his face anguished, a red blood-tear on his cheek. On sunny Sunday mornings, the sun would turn that tear into a glittering ruby. The right hand pane pictured Jesus ascending, his face serene and radiant, his hands at his sides, a faint, pin sized dot on each outstretched palm, his feet off the ground as he rose. Many questions ran through my four year old mind, among them “Who cries red tears?” and “Why isn’t he wearing shoes?”

I would stand on the pew, in my frilly church dress, my hands resting on the pew looking at the window, staring, first at one side, then the other, for as much of the sermon as my mother would allow. Until she tugged on the hem of my dress and whispered “What are you looking at? Sit down, and pay attention.”

Finally one day I was able to put my confusion into words, “Why won’t that happy man help that sad man?”

She answered me as if it were the most obvious thing in the world. She said, “They’re the same man.”

I think that just might preach on Ascension Day!

May 18, 2012 "Where are You Supposed to be Right Now?"
Recent Comments
0 | Leave a Comment
Browse Our Archives
get the latest from
Preachers
Sign up for our newsletter
Related posts from Knack For Noticing 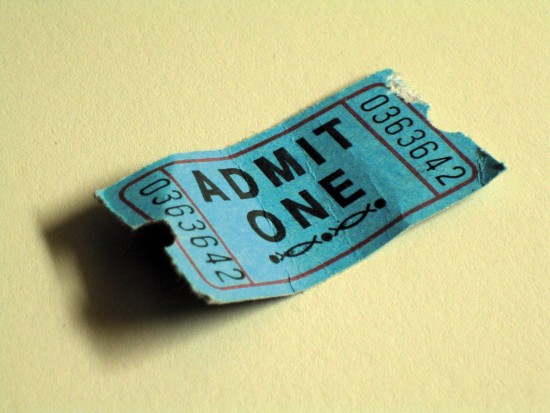 Preachers
Surprise! You're the Keynote Speaker!
Knack For Noticing 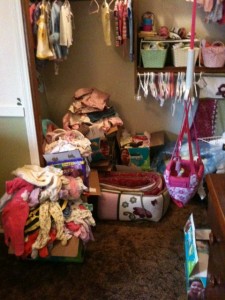 The River of Contemplation (Nature and Soul, the...
by Thomas Schenk When I was young, I lived in a house on...
view all Preachers blogs
What Are Your Thoughts?leave a comment
Copyright 2008-2021, Patheos. All rights reserved.