Too Young to Be Useful

I got my first rebuff when I applied to serve with a missions movement just after I finished my schooling. They first refused to let me join the teams going north because I was underage. However, I was permitted to attend the annual training conference to be held in Bangalore, Karnataka. At the conference I first heard missionary statesman George Verwer, as he preached, he challenged me as never before to commit myself to a life of breathtaking, radical discipleship.

Alone that night in my bed, I argued with both God and my own conscience. By two o’clock in the morning, my pillow wet with sweat and tears, I shook with fear. What if God asked me to preach in the streets? How would I ever be able to stand up in public and speak?

I knew myself only too well. I could hardly bear to look a friend in the eye during a conversation, let alone speak publicly to crowds of people on behalf of God. As I spoke the words, I realized that I was behaving as Moses did when he was called.

Suddenly, I felt that I was not alone in the room. A great sense of love and of my being loved filled the place. I felt the presence of God and fell on my knees beside the bed.

“Lord God,” I gasped in surrender to His presence and will, “I’ll give myself to speak for You—but help me to know that You’re with me.”

In the morning, I awoke to a world and people suddenly different. As I walked outside, the Indian street scenes looked the same as before: Children ran between the legs of people and cows, pigs and chickens wandered about, vendors carried baskets of bright fruit and flowers on their heads. But I loved them all with a supernatural, unconditional love I’d never felt before. It was as if God had removed my eyes and replaced them with His so I could see people as the heavenly Father sees them—needy and longing for hope but with potential to glorify and reflect Him.

I walked to the bus station. My eyes filled with tears of love. I knew that these people were all heading toward eternity without ever experiencing the love of Christ—and I knew God did not want that. Suddenly I had such a burden for these masses that I had to stop and lean against a wall just to keep my balance. This was it; I knew I was feeling the burden of love God feels for the hurting and needy. His loving heart was pounding within mine, and I could hardly breathe. The tension was great. I paced back and forth restlessly to keep my knees from knocking in fright.

Looking up from my prayer, I saw a huge stone. I knew immediately I had to climb that stone and preach to the crowds in the bus station. Scrambling up, I felt a force like 10,000 volts of electricity shooting through my body.

I began by singing a simple children’s chorus. It was all I knew. By the time I finished, a crowd stood at the foot of the rock. I had not prepared myself to speak, but all at once God took over and filled my mouth with words of His love. I preached the Good News to the poor as Jesus commanded His disciples to do. As the authority and power of God flowed through me, I had superhuman boldness. Words came out I never knew I had—and with a power clearly from above.

Others from the ministry teams stopped to listen. The question of my age and calling never came up again. That was 1966, and I continued moving with mobile ministry teams for the next seven years. We traveled all over India, never staying very long in any one village. Everywhere we went I preached in the streets while others distributed books and tracts. Occasionally, in smaller villages, we witnessed from house to house.

My urgent, overpowering love for the village people and the poor masses grew with the years. People even began to nickname me “Gandhi Man” after the father of modern India, Mahatma Gandhi. I realized that if the village people were to truly find hope, it would have to be through their own people who loved them.

Supernatural Strength
Have you ever felt God calling you to do something but were too afraid to act? Afraid of what others might think or do? Afraid that you weren’t ready or you were too young? Ask God today to give you boldness to do what He asks and the words to say when the time comes to speak. Remember that God can use you no matter how old you are or how much experience you have.

Read more posts about the history of GFA in the Journey through Time series, which celebrates 40 years of God’s faithfulness. 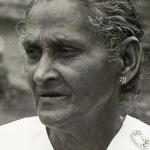 July 19, 2019
Journey Through Time: A Mother's Prayers
Next Post 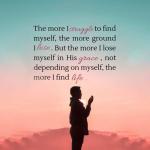 July 31, 2019 What Is in Your Hand?
Recent Comments
0 | Leave a Comment
"keep Preachin Jesus is Coming Back He sees Our work"
brother in Christ He is Looking for You
"Amen, Dr. Yohannan. The gospel is the most important thing there is, and we believers ..."
Eileen Six Days in a Ditch
"Amen and amen brother Jesus has call us to continue his work on this earth ..."
Marie God’s Purpose for You
"Amen."
Eileen We Must See the Real Jesus
Browse Our Archives
Related posts from Living in the Light of Eternity