Get Medieval with Your Justice and Charity

Get Medieval with Your Justice and Charity October 23, 2014 Kyle Cupp

Have free acts of charity ever been enough to solve large-scale social problems? Looking specifically at the Middle Ages, when Christian culture ruled, Elizabeth Stoker Bruenig says no:

Then, the church’s charitable giving was neither entirely separate from the state, nor strictly voluntary. On one hand, the church was perfectly happy to exact part of its income through the coercion of tithes, a kind of compulsory tax

But moreover, the church also spent endowments from the state, which were tax revenues, on welfare programs.

Kings and noblemen, writes Bruenig, “were required rather than encouraged to pass on tax revenues to the church for its charitable activities.” In medieval times, private charity primarily addressed the smaller-scale corporal works of mercy, the kinds of acts government usually isn’t involved in and that individuals, churches, and charitable organizations effectively assist with today. Funerals, for example. Charity had a proper role, but so did higher institutions, including the state. Christian theology demanded this cooperation among social institutions. It still does today.

It’s important to remember that, in the Christian perspective, human freedom is a means to an end. So are markets. So is private property. Private ownership and markets serve a primordial purpose: the universal destination of goods. To the extent that markets and the charitable giving of private property are insufficient to this purpose, they need to be supplemented. To the extent that ownership and markets work against this end, they need to be regulated.

Hence the Catechism, in its section on stealing, says that “political authority has the right and duty to regulate the legitimate exercise of the right to ownership for the sake of the common good.” If free markets and private charity were up to the task of achieving the common good, then political authority would have no such right and duty. But, we live in a fallen world, unable to share its goods freely and collectively to the benefit of all, and so we must use the means available to us as we strive for a just social order. These means include private ownership and individual charity, of course, but also church and state. 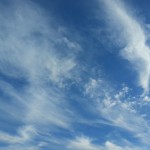 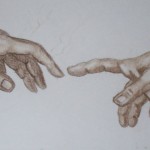 What Not to Say to a...
Steel Magnificat
Related posts from Kyle Cupp