Has the Synod Report Undermined Infallibility? 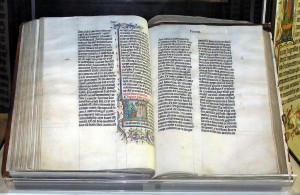 Critics of the Synod’s mid-term report fear that its novel language, which suggests that Catholics ought to value homosexuality and recognize same-sex partnerships as real, meaningful unions, will lead the faithful to believe that the Church has changed her doctrine on marriage and sexuality or that they can safely ignore it because the process toward doctrinal change is underway. No wonder the response, both from inside and outside the Vatican, has been described as damage control.

For the most part, I don’t object to the offending paragraphs myself, but I understand why the report’s critics are responding to it so vehemently.  The Magisterium has a hard enough time competing for people’s attention and assent when it’s simply teaching the deposit of faith. As the teaching office of the Church, it’s supposed to lead the faithful to the truth and keep them on the right path. In the minds of the Synod’s critics, the report does the opposite. It conveys a message contrary to the Word of God and consequently endangers souls. It subverts the purpose of the Magisterium.

If this is the case, then the Synod report also acts against the Magisterium’s infallibility. No, the document is not a statement of doctrine or teaching. It demands no assent from the faithful. It’s not even a guarantee of some future change in church discipline. But it doesn’t have to do any of these things to affect people’s beliefs and behavior. If the critics are right about the relatio, then the Church has led people astray, and in so doing, counteracted the purpose of infallibility.

What is that purpose? In the words of Mark Shea, infallibility means that “God holds the Church’s hand every step of the way and makes sure she doesn’t spill the wine of revelation, not because we are dexterous and holy, but because we are all such sinful klutzes that, without him, we’d have lost track of the gospel an hour after Pentecost.” The synod report is no infallible document, but if its critics are right, then it will, in a way, result in spilled wine. On its own terms, infallibility doesn’t prevent the appearance of erroneous teaching or its consequences for belief and behavior. For some of the people who read the report or hear about it in the news, the effect will be the same as if the Church really did reverse her teaching. They will believe otherwise than what the Church has traditionally taught, and they will act accordingly. 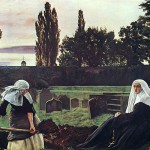 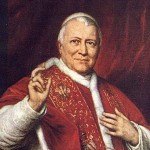