A Progressive Understanding of Revelation and Religion

A Progressive Understanding of Revelation and Religion November 14, 2014 Kyle Cupp 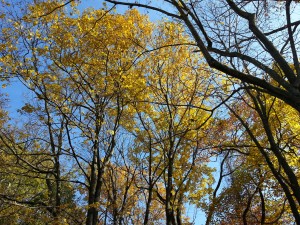 Eric Reitan explains how he, as a progressive Christian, understands divine revelation and human religion:

Here, in a nutshell, is the idea behind a progressive understanding of divine revelation and human religion: God is imperfectly encountered in experience, filtered through the assumptions and prejudices and conceptual categories that we bring to our experience–our worldview, if you will. But experience also transforms our worldview. When a square peg is forced to go through a round hole, the hole may not be the same afterwards. And the more malleable the hole, the more this is true. A hole made of clay may actually take on the shape of the peg being pushed through it. Likewise, our worldview is transformed by our experience, including our experience of God.

Revelation stretches the limits of our worldview so that more authentic revelation can make it through, in turn leading to further stretching in an ongoing cycle. While the transformed worldview remains imperfect at each stage in the cycle, it is hopefully closer to the divine reality than its predecessors. This does not only mean that future revelations are less distorted, but that some revelations make it through the filters which would have been entirely blocked out before.

On this view of revelation, we can’t be biblical literalists, and we can’t be so tied to traditional theologies that we refuse to let new experiences transform our understanding. All inherited accounts of the divine, all traditional theologies, are the product of limited human worldviews both filtering and being transformed by the self-disclosure of God. They represent centuries of human progress–and so must be treated with reverence. But we do not revere that progress if we strive to shut down its trajectory of unfolding revelation. That trajectory is an arrow–but what it points to isn’t our worldview and our understanding of God. It points beyond us, to the truth that lies at the end of an ongoing human process–one that we are called to participate in, not try to freeze in place.

The progressive perspective Reitan describes here is not the pursuit of change for its own sake, but for the sake of charity and justice. It’s an ethical perspective even more than an epistemological one. In the name of truth, justice, and charity, traditions need to be critiqued and changed, sometimes radically. These traditions may be theologies or texts, practices or institutions. No matter the place, there’s always concealment and distortion. And there are always the marginalized and excluded–people whose experiences are dismissed and whose voices are silenced.

As Reitan implies, the advancement of time is no indication of actual progress. The future may be less truthful and just than the past. We progress with the hope that we’re improving on what came before, righting old wrongs and minimizing new ones. To be progressive, in the sense that Reitan uses, is not to be against tradition–he’s part of the Lutheran tradition, after all. Rather, it is to emphasize the fallibility and corruptibility of all traditions and the importance of transforming them in light of human progress and divine revelation, believing that human knowledge, life, and society can improve as we learn more about God, ourselves, and our world.

The self-disclosure of God can help us better understand others and ourselves, and our understanding of the world can help us better interpret and apply the Word of God. This process is a circle, not a vicious circle, but a hopeful one. Pope Saint John Paul II put it this way: “Faith and reason are like two wings on which the human spirit rises to the contemplation of truth; and God has placed in the human heart a desire to know the truth—in a word, to know himself—so that, by knowing and loving God, men and women may also come to the fullness of truth about themselves.”

We’re not there yet. We’re not God. We’re on our way, we hope. Of course, the idea and human progress is also limited and corruptible, and we can be hindered and corrupted by it. And this is where the traditionalist perspective, which emphasizes the fruitful stability of time-tested ideas, practices, and institutions, can be of assistance to the progressive one. Change in the name of truth, charity, and justice may not be more truthful, charitable, or just. Progress isn’t made by good intentions. In the realm of religion, theologies and rituals are often complex and deeply rooted in other beliefs and practices. Tinkering with established doctrines and disciplines can have unintended negative consequences for the whole of the church.

I tend towards the progressive approach myself, in part because I believe that it’s been marginalized within my own tradition of Roman Catholicism, especially by a much-too-common desire to possess absolute knowledge. I also take more after Heraclitus than Parmenides. Along with Merold Westphal, who comes from the Reformed Tradition and appropriates the thought of postmodern philosophers like Jacques Derrida, I would argue that “the longing for Absolute Knowledge, which presents itself as the love of Truth, is less a desire to submit one’s thought to the way things are than a desire to compel the world to submit to our conceptual mastery.” It’s easy to confuse tradition for something absolute, especially when that tradition is about giving expression, in limited and distortive terms, to the absolute truth of God.

November 14, 2014
Derrida, Heidegger, and the Bible Speak
Next Post 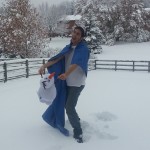 November 17, 2014 It snowed, so of course I dressed up as Queen Elsa and danced with Olaf
Recent Comments
0 | Leave a Comment
"Wives, submit yourselves unto your own husbands, as unto the Lord.Husbands, love your wives, even ..."
Pobretano The Catholic Version of the Men’s ..."
"Feminism says "men/patriarchy destroys everything", and even Jesus the Christ is a sufficient counter-example."
Pobretano The Catholic Version of the Men’s ..."
"The Church can divorce her Husband and demand "child support" in a Court?"
Pobretano The Catholic Version of the Men’s ..."
"This is good, but I would find it far more interesting if you did the ..."
Allen Holloway The Interpretation of Prophesy in Hayao ..."
Browse Our Archives
get the latest from
Catholic
Sign up for our newsletter
POPULAR AT PATHEOS Catholic
1