Pacifism isn’t sensible, but then neither is the Christian life

Pacifism isn’t sensible, but then neither is the Christian life November 19, 2014 Kyle Cupp 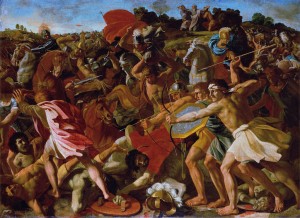 No nation can be safe if it is unwilling to use military force to defend itself. If, in the present, fallen state of the world, a nation were to suddenly renounce the use of military force and beat its swords into ploughshares, it would suffer a dire fate.

Any way you go, pacifism is not a stable, self-sustaining enterprise. It’s a dangerous world out there, and pacifists depend for their safety and security on the generosity and good will of non-pacifists.

Prior to the Christianization of the Roman empire, many Christians were not faced with the responsibility of defending the public and ensuring public order. As a result, some authors of this period had the luxury of entertaining pacifistic ideals without having to worry about keeping people safe.

In this setup, proponents of just war theory are the responsible, sensible-minded ones. Pacifists are not sensible: they would see their state suffer some dire fate because they would refused to use military force in their state’s defense. For now I’ll put aside the question of how effective military force really is in preventing a dire fate of one kind or another. Instead, I want to focus on Akin’s implicit idea that pacifism isn’t sensible.

I agree that as a rule pacifism doesn’t work to stop aggressors. In this sense, it isn’t a sensible policy for a state that aims to preserve itself against violent aggression. For me, however, this irrationality of pacifism isn’t a mark against it. The core of the Christian life also isn’t sensible when considered in light of the logic of preservation. Jesus Christ calls all of us to put our responsibility to his Kingdom above every other responsibility in our lives. God must come before our own preservation, the preservation of those in our care, and the preservation of the state. To be Christian means to be willing to sacrifice everything, even one’s country, for the sake of God’s kingdom. In the end, Christianity may not be a stable, state-sustaining enterprise.

Most just war proponents recognize this. Their willingness to use military force is not unlimited; many wouldn’t condone torture or mass indiscriminate bombing even if those tools were needed to prevent some aggression. Christian just war proponents rule out some military force in the name of defense, Christian pacifists rule out all military force, but both are willing to sacrifice people’s safety and even the very existence of their state in the name of God’s eternal law.

Whether we Christians are pacifists or advocates of just war, we have to be willing to be irrational in the eyes of the world. We’re called in various ways to give ourselves completely, lovingly, and sacrificially for the eternal good of others. Protecting and preserving the state is not our highest calling, even if we’re public authorities. If Christianity has to be sensible, well then to hell with it. 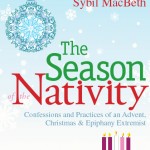