Downplaying the Pope’s Upcoming Encyclical on the Environment 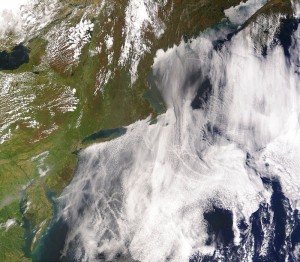 With Pope Francis soon to release an encyclical on our responsibility for the environment–a document that will likely address climate change–Robert P. George wants  to make sure we all know exactly where to find the line between faithful disagreement and unfaithful dissent. At First Things, he writes:

Strictly-speaking, this is correct, but, of course, empirical facts play into papal moral teaching all the time. The pope doesn’t need special insight into biology in order to condemn murder, but obviously the definition of murder presupposes biological facts. George continues with a real doozy of a claim:

Pope Francis does not know whether, or to what extent, the climate changes (in various directions) of the past several decades are anthropogenic—and God is not going to tell him.

According to George, Pope Francis, like the rest of us, has to trust the fallible analysis of the specialists who study climate science. Well, yeah, but so what? If anthropogenic climate change were a controversial idea among climate scientists, and not the overwhelmingly consensus view, then perhaps George would have cause to say the pope doesn’t know whether human behavior is causing climate change. But in the real world, you don’t need absolute certainty or the total absence of dissent among scientists to justify the claim of scientific knowledge or decisive action based on that knowledge. I dare say George wouldn’t want to invite skepticism about the biological classification of the human zygote or the Church’s basic scientific assumptions about human sexuality!

George is right in so far as the denial of anthropogenic climate change isn’t heretical and wouldn’t be even if Pope Francis explicitly says it’s real; but he’s wrong to present the matter as an ongoing debate among believers and skeptics as if the case for each side has comparable strength. Climate change and its devastating consequences are demonstrable and of grave moral import–livelihoods are being ruined and lives are being lost. This isn’t a matter that calls for academic detachment. 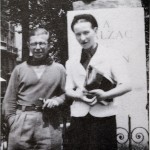 January 2, 2015
All Philosophy Is Contextual, So Every Philosopher Must Be Read in Context
Next Post 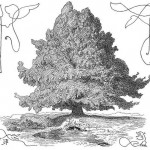 Cancel Culture? Or Actions and Consequences?
On the Catholic Beat
Related posts from Kyle Cupp