Aragorn’s Favorite Peter Jackson Movie (Hint: It’s Not The Return of the King)

Aragorn’s Favorite Peter Jackson Movie (Hint: It’s Not The Return of the King) May 14, 2014 Jeffrey Overstreet 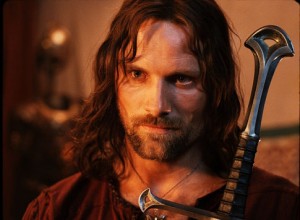 It’s another return of the king!

Aragorn is back, and he is as full of wisdom and insight as we might expect.

Viggo Mortensen was interviewed by Tim Robey for The Telegraph, and he is reflecting on his experiences playing the part of Aragorn in Peter Jackson’s Lord of the Rings films.

To be fair, Mortensen also talks about other chapters of his career and his latest projects.

But what’s especially interesting for me — and, I admit, satisfying — is that Mortenson’s perspective on Jackson’s films sounds an awful lot like what I wrote in my reviews of those films… including both installments of The Hobbit that we’ve seen so far.

Mortensen thinks – rightly – that The Fellowship of the Ring turned out the best of the three, perhaps largely because it was shot in one go. “It was very confusing, we were going at such a pace, and they had so many units shooting, it was really insane. But it’s true that the first script was better organised,” he says. “Also, Peter was always a geek in terms of technology but, once he had the means to do it, and the evolution of the technology really took off, he never looked back. In the first movie, yes, there’s Rivendell, and Mordor, but there’s sort of an organic quality to it, actors acting with each other, and real landscapes; it’s grittier. The second movie already started ballooning, for my taste, and then by the third one, there were a lot of special effects. It was grandiose, and all that, but whatever was subtle, in the first movie, gradually got lost in the second and third. Now with The Hobbit, one and two, it’s like that to the power of 10.”

In case you missed them, here are some of my posts and reviews related to Jackson’s adaptations (or desolations?) of Tolkien.

Here are my interviews with the cast and makers of The Lord of the Rings: The Return of the King

And here are my reviews of The Hobbit: An Unexpected Journey.

At Seattle Pacific University’s Response magazine: “Back to Bag End.”

At Image’s blog – Good Letters: “The Hobbit on Steroids.”

And here’s my response to The Hobbit: The Desolation of Smaug.

*Thanks to Anodos at artsandfaith.com for bringing this interview to my attention. 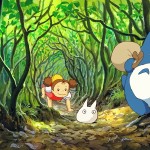 May 16, 2014 Surely J. J. Abrams Can Do Better: Phantom Menace at 15
Recent Comments
2 Comments | Leave a Comment
Browse Our Archives
get the latest from
Entertainment
Sign up for our newsletter
POPULAR AT PATHEOS Entertainment
1

2 responses to “Aragorn’s Favorite Peter Jackson Movie (Hint: It’s Not The Return of the King)”