All The Single Ladies

All The Single Ladies April 16, 2014 Posted by The Editors 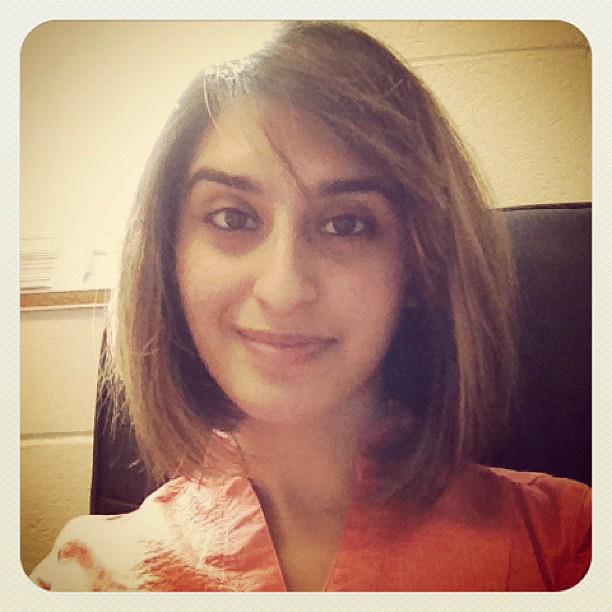 Two months ago, sitting in a Turkish restaurant packed to capacity on a Saturday night, one of my oldest friends told me he had found someone.

We’ve known each other longer than either of us can remember, and were partners in crime long before we ever fully realized it. In recent years, as we’ve both been searching for that elusive part of our future, the partner-in-crime thing had been thrown into even starker contrast: we’d meet for dinner or coffee and grouse about the people we’d been meeting, the “almosts” and the “snowball’s chance in hell”, and about the Jane Austen-level lamentations of our parents, who seemed to have all but given up on us while insistently wringing their hands.

Conversation moved forward: from mutual celebration of his good fortune, to my latest backfire (a wonderful man who had lasted two months), to a spirited discussion about partnerships vs. solitude as a life choice.

“Look,” he said at one point, “we all do this. We all convince ourselves when we’re single that we’d be perfectly happy being alone when really we’d be miserable.”

“Stop being condescending, I’m not lying to myself,” I retorted. “I see a life of my own and a life with someone as two parallel tracks to choose from. They have equal pros and equal cons, and honestly, I’d be content with either.”

“Says who?” I snapped back.

I thought of that conversation weeks later, when one of my favorite shows aired its series finale. “How I Met Your Mother” found a place in my heart in 2006, after German friends recommended it to me. I watched because the characters in HIMYM seemed more real. I know a Barney or two, a number of Teds, and a fair amount of Lilys and Marshalls. I’ve even known a few Robins. I’ve seen Barneys turn into Teds turn into Marshalls, I’ve seen Robins become Lilys, but these five archetypes have been familiar to me in my 20s and 30s.

The finale has been one of the most controversial in recent memory (fair warning: spoilers ahead), but by far the biggest point of contention was the show’s treatment of Robin, the fiercely independent career-driven woman with a marshmallow heart. Tomes have been written via blogposts and Tweets and Facebook statuses about all the reasons why Robin’s story was unfair (the one I’ve agreed with most being “An Open Letter to the Creators of ‘How I Met Your Mother’”). Yet somehow, the ending made sense to me.

For now and for the past few years, I’ve been a Robin. I’ve focused on my career and building my passions, and have allowed other things to become peripheral. I’ve lost touch with friends I swore I’d never lose touch with. I’ve ignored the things that were hard (maintaining relationships, allowing myself to be vulnerable, trusting other people) despite facing circumstances in life that were harder than I ever imagined. In this current state of upheaval, where the past few years have seen friends newly married, newly moved away, or newly parented, it’s been difficult to find my place amongst an ever-shifting landscape. I’ve been called a heartless Yeti myself.

Viewers – just like my friend – were dismayed to see Robin leading a life of isolation, one with a supposedly failed marriage, one where she traveled and lived alone, and one where she ends up with the man she herself had broken up with in Season 2. But the thing people seem to have forgotten is that Robin has always carved her own life. The decisions she’s made throughout the series have been hers and hers alone. Her divorce was through mutual agreement, her relationship with her ex-husband is amicable and adult. Travel and work is what she’s chosen, and aside from perhaps missing her friends, she seems happy with that choice. And as for the Ted/Robin ending, a quote I recently read about our taste in books is aptly used here: “Methinks I have grown soft in my middle age. But me-also-thinks my latter day reaction speaks to the necessity of encountering stories at precisely the right time in our lives…the things we respond to at twenty are not necessarily the same things we will respond to at forty and vice versa. This is true in books and also in life.” (from The Storied Life of A.J. Fikry by Gabrielle Zevin)

Living an independent life is not a placeholder for a life that could have been. It is a conscious decision, and as with most decisions in life, one that may be subject to change in response to a shift in circumstances. So many people see it as the runner-up choice, the one you settle for because other things didn’t work out. To me however, just as one would reach out a hand to grasp another’s and build a life together, so too can one choose to wake up alone in the morning, having slept in an entire bed and not just in your half of it.

My friend, a self-proclaimed Barney all these years, has turned into a Ted over the last few months. Perhaps one day, I’ll morph from a Robin into a Lily. Perhaps I’ll stay just the same. The possibilities are vast but the kernel of truth at the base of each one remains the same: whatever path I take, it will be one of my own choosing.

Zainab Chaudary works in politics by day and as a writer by night. Her blog, The Memorist, ruminates upon travel, religion, science, relationships, and the past, present, and future experiences that make up a life. She tweets  @TheMemorist

April 17, 2014 Muslimah Montage: The Powerful Tapestry of Muslim Women
Recent Comments
0 | Leave a Comment
"Beautiful"
Sai Who Mothers the Mother?
"Its depressive to see how young ladies are being forced into marriages, as if the ..."
Ruxx Inno Girl Bachelor
"Salaams Zahra, Wow, that piece is so deep and so honest on so many levels. ..."
S. E. Jihad Levine My Iranian Breakup
"This letter was so heart-felt.... I have been in this place for so many countless ..."
Mickie Love Letter to Single Sisters
Browse Our Archives
get the latest updates from
Love, InshAllah
and the Patheos
Muslim
Channel
POPULAR AT PATHEOS Muslim
1