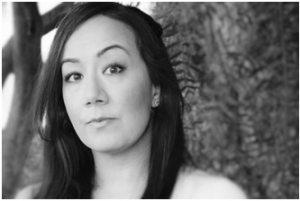 “Turn me into droplets of rain so I sprinkle upon your pretty face,

Then coat me with dreariness as I wander alone…” – Qarar

On the two-hour drive to my parents’ home, I crooned along to one of my favorite Pashto songs, Qarar. I felt the sweetness of the words fill me: the longing and the love of a man for his lover.

Turning to my husband as he drove, I swung my hands dramatically towards him, continuing to sing along. He smiled and switched lanes. After the song ended, I sighed and turned on the nursery songs our son had been begging us for.

“What a beautiful song,” I remarked, feeling amorous after listening to the gorgeous lyrics of the song.

“Yes, it was,” my husband nodded. “It had odd time signatures, not the typical four-fours we so often hear in American music.”

“I meant the words. I translated this song for you before, remember?” I translated again with my broken Pashto, unable to capture the beauty of the lyrics.

After a few frustrating minutes, I stopped. My husband smiled, oblivious to my disappointment.

We listened quietly to our children’s playlist until we reached our destination.

For years I’d convinced myself that I could only marry a Pashtun man. Someone who had the same values as me and shared my language. But, I married a non-Pashtun. He appreciated my silences and I appreciated his ability to express what he truly felt. His need to make me smile, his gentleness with small animals and children, his inability to lie, and his humility were some of the many reasons I fell in love with him.

On our wedding day, he danced stiffly to the Pashto music. I laughed at him and he laughed back. He looked ridiculous, and perfect. He didn’t speak a word of Pashto, but all of my relatives fell in love with him because his joyful gestures and smiles told them all that they needed to know.

When one of the slower songs came on, he turned to me and pulled me onto the dance floor with him. We danced in a circle, the way one does when dancing to Pashto songs.

Every time I looked up at him, he was watching me, smiling – just as in love with me as I was with him.

“We have to go to my uncle’s house. There is no way around it.”

It was the fifth time I was explaining this very simple idea to my husband in the span of half an hour.

“It doesn’t make any sense. We were planning on going to Half Moon Bay this weekend,” he replied.

“Plans change. We can go after we visit my uncle.”

“So, every time someone comes from Pakistan, we have to show up? Like an entourage, or a jirga?” He smiled, trying to be funny.

Trying not to roll my eyes, I looked at him and repeated as patiently as I could, “No, not every time someone comes from Pakistan. But when a relative visits after a long time, and his father has died during the trip, we have to go and give our condolences.”

My son Musa began crying, adding to the tension between us. My husband carried him out of the room while I finished packing, alone.

We visited my uncle, but the conversation left me exhausted and wondering if there would be uproar every time I had to do something he wasn’t used to.

Things were getting easier between us as we adjusted to each other. I was becoming accustomed to his very small family who rarely saw each other, and he getting used to having little personal space when we visited my large family.

When I was younger, my mother and father had long conversations in Pashto. Baba sang to Mama in the language they grew up with. When they were at the store, they spoke to each other in Pashto before making their final decision so that the salesperson didn’t know what they were saying.

That euphony is something that I sometimes fear I will never have with my husband.

Even my children speak mostly English because Mom and Dad speak English, not only to them, but to each other as well. I am trying to speak more Pashto, but as the only Pashto speaker in the house, it’s difficult. Wouldn’t it be easier if my husband spoke Pashto too?

I fear that my language and customs will die out because of the choices I made. They will never know the beauty of the word, “zrda” because when I say “heart” in Pashto, it is not just the anatomical place in my body; it is the deepest part of my soul. When I say “zragey sar”, “the crown of my heart” does not do it justice, because it is the most sacred part of my heart where only precious things reside.

I want my husband to tell me he loves me using the language my parents and forbearers did.

One day, at the insistence of my husband, I was in my room, writing. Hearing my son squeal, I stopped mid-sentence and went out to check on him. My husband was wrestling with the children. He had Musa pinned to the floor and our daughter Anabiya was hanging off of his back.

“Tell Baba you love him and I will give you pai,” he told Musa.

He used the Pashto word for “milk”. I smiled and continued hiding behind the wall.

“No!” Musa screeched, laughing as his father tickled him. Anabiya joined in.

After wrestling for a few minutes, he kissed them both on their cheeks, and they kissed him in return. My husband put Anabiya up on his shoulders, just like my father used to carry me. She, in turn, pulled his hair. My laughter revealed my presence.

“Hey honey, are you done writing?” he asked.

I nodded, too emotional to answer. The children ran over to me and my husband joined us.

“I love you, honey,” he said kissing me on the forehead.

Love washed over me. This was my world – my little, perfect world, exactly as it should be, and just as I want it to be.

And he understood me perfectly.

Sabina Khan-Ibarra is a mama, writer, and activist currently doing too many things, but hoping to finish her novel by the end of this year (iA)! She is also the editor of Muslimah Montage. 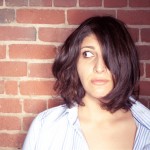 February 26, 2015 Where the hell is my chivalry?
Recent Comments
2 Comments | Leave a Comment
Browse Our Archives
Follow Us!

Reflections on the Danish cartoons a...
Akram's Razor
Related posts from Love, InshAllah