Suddenly the world got so much bigger

Suddenly the world got so much bigger March 12, 2012 Libby Anne

I grew up believing that the world was created in 4004 B.C.E. and that the world would end within my lifetime. In other words, I believed that the entire length of the world’s existence would be something just over 6000 years.

As a young adult I learned the scientific evidence behind evolution and found that the world was much, much, older than I had ever thought. As I left religion I suddenly realized that this mean that the world was not going to end with the return of Christ, whether imminent or more distant, but would rather stretch out into the future further than I could imagine.

It’s hard to explain, but my entire perception of the world around me changed with these revelations. It was like time suddenly stretched out and the limits containing it fell away. Suddenly I found that I was part of a much, much longer history, a tiny spot in millions and billions of years of time. Suddenly the world got so much bigger.

One result was that I began to feel much smaller. After all, my life on this earth is but a tiny spec in comparison to the entire history of the world. I also started to feel smaller because I no longer saw myself, as a human, as being at the center of some divine plan for the earth.

But as I grew smaller the thing I was a part of grew larger. I became more aware of the long span of life that inhabited this globe before me and the long span of life that will inhabit it after me. This thing I was part of, the earth with its interlocking ecosystems and myriad of life, suddenly seemed more rich and complex than it had been before.

Practically speaking, this means that I have more respect for the earth than I used to. Its history is immense and fascinating, and its future stretches out beyond the human race. This has made me more environmentally conscious as I think about the affects my own actions may have on life far out in the future and remember that this world was around billions of years before I was born.

There is also a new sense of wonder. As the earth’s chronology spread before me by leaps and bounds I found it ever more fascinating, ever more worth study, and ever more awe inspiring. Of everything that has resulted from my religious journey, this change in chronological perception was perhaps the least expected but by no means the least appreciated.

March 13, 2012 HSLDA, the CPS, and fear: Quick, kids - hide!
Recent Comments
0 | Leave a Comment
Browse Our Archives
get the latest from
Love, Joy, Feminism
Sign up for our newsletter
POPULAR AT PATHEOS Nonreligious
1 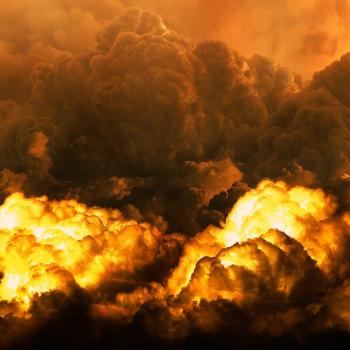 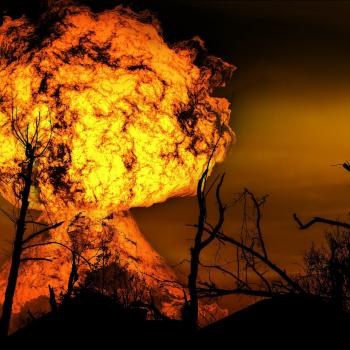