The UN Convention on the Rights of the Child: Preamble

You may have heard that the only countries in the entire world who have not ratified the UN Convention on the Rights of the Child (CRC) are the U.S., Somalia, and South Sudan. While this was once true, Somalia ratified the treaty in January of this year, and South Sudan’s government has begun the ratification process. In other words, out of all of the countries in the world, the U.S. stands alone in refusing to ratify the CRC.

The CRC was adopted by the UN in 1989, and quickly ratified by countries across the world. The goal was to move from viewing children as dependents in need of care to viewing them as individuals with rights of their own. You can learn more about the treaty, and view informational videos, here.

So, why hasn’t the U.S. ratified the CRC? I suspect there are a lot of reasons, among them popular opposition to the UN and an unwillingness to see children as individuals with rights rather than simply dependents under parental control. I’ve written before about Michael Farris and his organization, the Home School Legal Defense Association (HSLDA), and their opposition to the CRC, but I even Farris isn’t powerful enough to block the treaty on his own.

I realized, a few months ago, that while I support the CRC I hadn’t actually read the treaty for myself, and I suspect this is true for many of my readers as well. To remedy this, I am going to post a section of the CRC each week, with some short commentary for reading and discussion. This week we look at the preamble.

Convention on the Rights of the Child

The States Parties to the present Convention,

Considering that, in accordance with the principles proclaimed in the Charter of the United Nations, recognition of the inherent dignity and of the equal and inalienable rights of all members of the human family is the foundation of freedom, justice and peace in the world,

Bearing in mind that the peoples of the United Nations have, in the Charter, reaffirmed their faith in fundamental human rights and in the dignity and worth of the human person, and have determined to promote social progress and better standards of life in larger freedom,

Recognizing that the United Nations has, in the Universal Declaration of Human Rights and in the International Covenants on Human Rights, proclaimed and agreed that everyone is entitled to all the rights and freedoms set forth therein, without distinction of any kind, such as race, colour, sex, language, religion, political or other opinion, national or social origin, property, birth or other status,

Recalling that, in the Universal Declaration of Human Rights, the United Nations has proclaimed that childhood is entitled to special care and assistance,

Convinced that the family, as the fundamental group of society and the natural environment for the growth and well-being of all its members and particularly children, should be afforded the necessary protection and assistance so that it can fully assume its responsibilities within the community,

Recognizing that the child, for the full and harmonious development of his or her personality, should grow up in a family environment, in an atmosphere of happiness, love and understanding,

Considering that the child should be fully prepared to live an individual life in society, and brought up in the spirit of the ideals proclaimed in the Charter of the United Nations, and in particular in the spirit of peace, dignity, tolerance, freedom, equality and solidarity,

Bearing in mind that the need to extend particular care to the child has been stated in the Geneva Declaration of the Rights of the Child of 1924 and in the Declaration of the Rights of the Child adopted by the General Assembly on 20 November 1959 and recognized in the Universal Declaration of Human Rights, in the International Covenant on Civil and Political Rights (in particular in articles 23 and 24), in the International Covenant on Economic, Social and Cultural Rights (in particular in article 10) and in the statutes and relevant instruments of specialized agencies and international organizations concerned with the welfare of children,

Bearing in mind that, as indicated in the Declaration of the Rights of the Child, “the child, by reason of his physical and mental immaturity, needs special safeguards and care, including appropriate legal protection, before as well as after birth”,

Recalling the provisions of the Declaration on Social and Legal Principles relating to the Protection and Welfare of Children, with Special Reference to Foster Placement and Adoption Nationally and Internationally; the United Nations Standard Minimum Rules for the Administration of Juvenile Justice (The Beijing Rules); and the Declaration on the Protection of Women and Children in Emergency and Armed Conflict, Recognizing that, in all countries in the world, there are children living in exceptionally difficult conditions, and that such children need special consideration,

Taking due account of the importance of the traditions and cultural values of each people for the protection and harmonious development of the child, Recognizing the importance of international co-operation for improving the living conditions of children in every country, in particular in the developing countries,

Have agreed as follows:

Next week we’ll turn to the first provisions.

In my experience, much of the opposition to the CRC in the U.S. is based in concern that the Convention is anti-family. In that vein, I found this paragraph above particularly interesting:

Convinced that the family, as the fundamental group of society and the natural environment for the growth and well-being of all its members and particularly children, should be afforded the necessary protection and assistance so that it can fully assume its responsibilities within the community,

At least in its rhetoric, the CRC is entirely pro-family. Of course, I imagine Farris would say this is all pretty language dressing up a bitter pill to swallow.

Next week we’ll turn to the treaty’s first provisions. 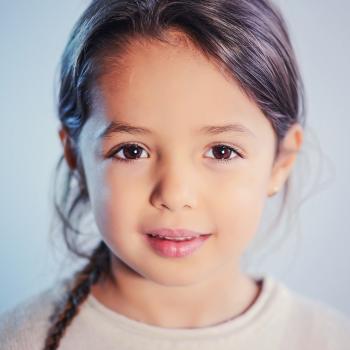 Nonreligious
Child Protection Must Include a Theology that Empowers...
Love, Joy, Feminism 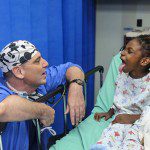 Nonreligious
Do Children Have a Right to Medical Care?
Love, Joy, Feminism

Nonreligious
Convention on the Rights of the Child, Articles...
Love, Joy, Feminism

Nonreligious
Convention on the Rights of the Child: Articles...
Love, Joy, Feminism
TRENDING AT PATHEOS Nonreligious