And we’re back! As you may remember from last week, Blackburn hatched a plan that involved blackmailing his co-conspirators into giving him $20,000, personally blowing up the CPS computers and thus all evidence that the files had been tampered with, and then flee the country to start a new life in Canada. McGuire double crossed him, hiring a felon to get his money back, and then the felon double crossed McGuire, fatally shooting Blackburn and running with the money before Blackburn had time to blow up the computer. Said felon then blew himself up after opening a bag he thought contained cash but actually contained the bomb.

Peter and Gail decide to put the trial on hold for three weeks after Blackburn is found murdered. Even looking at the CPS computers is postponed. It seems odd to me that no one would be at all concerned about Blackburn’s murder being connected with the case, particularly after his office just lost their attempt to block the court’s inspection of the CPS computers, which were suspected of having been tampered with. This also means there’s going to be a full month between when the judge ordered the CPS computers examined and when they actually get examined. You would think that if someone was suspected of tampering, you would want to seize their computers immediately, to prevent any further tampering or illegal activity to cover up said tampering.

Farris does give us an update on Peter’s love life in the meantime:

Other than at church, Peter had little justification to call or see Gwen. His spiritual struggle seemed better with her out of the daily details of his life, but he never passed a day without thinking about her at least a half-dozen times.

And once again, all of this would be better if he just stopped being her lawyer.

Gwen spent the early part of July enjoying her daughter and her newfound life in Christ. Her studies with Lynn were both enjoyable and helpful. But Lynn’s explanation of Peter’s position on divorce still left her confused. Gwen knew that someday she would have to hear the reasons from Peter himself.

Or, you know, not. She could just move on.

Now the scene changes, and we learn that Peter Stockton went to Seattle in early July to finish studying during the last three weeks from the bar “free from all distractions.” His loaded father got him a suite at the Westin Hotel. This means Donna was now alone, “living in fear of the coming examination of the CPS computer by Aaron Roberts.” So worried was Donna that she turned to drink. And yes, you’re not the only one wondering why the court would wait so long to examine the CPS computer. If they suspect the CPS of fraud, why would they give them so long to cover it up—and why wouldn’t they be at all suspicious of Blackburn’s untimely death?

And now we get our first-ever conversation between Donna and Rita.

“I suppose you’ve been thinking about this upcoming computer deal,” Coballo began.

“I can’t think about anything else. I’m so scared. Do you think we’ll go to jail?”

“Not if we use our heads,” Coballo answered.

“Not another bomb. You can forget that.”

“No, of course not. But if we keep our stories straight, I think we can lay the blame where it really belongs—on the head of a dead man.”

There’s more back-and-forth about what this means—Rita’s talking about blaming the whole mess on Blackburn, of course—and then we get this:

“Well, you could testify you never saw the actual intake report prior to going out to the Landis house. Blackburn just gave you an oral summary. Weren’t you sick or something the day after it really came in?”

“We could say that he was responsible for just sitting on the report until you got back and apparently lied to you as to the date of the intake report to protect his own sloppiness in management.”

Flipping back to page 2, though, we see:

The report was e-mailed to Donna Corliss, MSW, CPS Investigator II, while an electronic copy went automatically to Gerald Blackburn, her division supervisor.

I’m thinking any more lies that contradict things that can be ascertained by computer-gurus are probably a bad idea at this point. Even if Donna hadn’t checked her email the day she was sick, Blackburn wouldn’t have lied to her about the day the report came in because she had a copy of the report in her email and could see the date herself once she was back to work.

But actually, the problem is deeper than that. Aaron is going to learn when the report was doctored, and what was changed. That means he’ll know the initial report was not marked urgent, which is the only reason there’s discussion of the date here—urgent reports are supposed to be investigated immediately. But again, after Aaron gets into the computers, the court will know the report was initially not marked urgent. Ah, you say, but does Rita know this? No, she does not. In fact, Blackburn told Donna not to tell Rita she was editing the report.

The import of all of this is that Rita probably thinks the intake report’s statement of severe bruising is correct. The reason Blackburn was still able to blackmail her is that she knew they lied about finding severe bruising when they strip-searched Casey. Does she think the computer search is going to reveal that, though? It looks more like she’s concerned about the fact that they didn’t investigate an urgent report until several days after it came in. Oh wait. Look what comes next:

“And we can say that he made up all the other changes after the lawsuit was filed, just to protect his own backside. And that we knew nothing about it,” Coballo continued.

“Good point. Let me think,” Coballo said rocking in her chair rubbing her temples. “Well, first of all, we have to act genuinely surprised when they spring any changes on us. Even with Willet. Then, I think we say something like, ‘We had a meeting with Blackburn shortly after the lawsuit was filed. He told us that we weren’t going to have to worry about the lawsuit and that he was going to fix everything.’ Something vague, but that clearly suggests he was the culprit.”

I am so seriously confused right now. According to the text, no one ever told Rita that there were any changes to the files. All she knows is that they lied about there being bruises. And if Rita does know about the file changes, why would she suggest saying Blackburn sat on the report, given that their delayed investigation of the initial report was only an issue if it was marked urgent, when in fact it wasn’t and that was one of the things that was changed? Rita appears to know the files were changed, but not how, and Donna isn’t correcting her.

But at this point I’m about ready to give up trying to make any of this make sense. The bottom line here is that Rita and Donna are going to try to blame everything on Blackburn. Rita tells Donna she doesn’t care if they lose the suit because the state will pay any damages awarded, and that her only concern is to stay out of jail. Donna concurs. This plan does not appear to be any more well thought out than Blackburn’s was.

Next week, Aaron and the judge examine the computer. 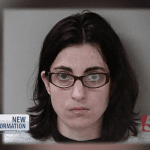 March 31, 2016
Women Are Already Being Prosecuted for Having Abortions
Next Post 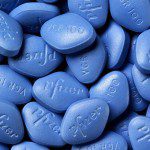 April 2, 2016 Saturday Link Love: Viagra, White Saviors, and Sexual Politics
Recent Comments
0 | Leave a Comment
Browse Our Archives
get the latest from
Nonreligious
Sign up for our newsletter
POPULAR AT PATHEOS Nonreligious
1