This section is weirding me out. For one thing, the characters have suddenly decided they can’t have sentences with things like clauses. Instead, every sentence must be short and choppy. More importantly, though, there’s a lot of dialogue I simply can’t imagine happening like this.

As you will remember, Gordon is now dead, and Gwen has just remembered all those times Peter said he wished Gordon were dead. Peter does not know this. In fact, we don’t really know what’s going on in Peter’s head here, because we’re not really given access. We do learn that Peter called at noon the next day to find out how Casey was doing. We’re told that:

She was crying and clearly upset, but also she seemed to accept the news. Death was not quite real to her.

And then that night Peter stopped by the Mansfield’s house (Gwen and Casey were staying there temporarily) to bring Gwen flowers. Gwen was unsurprisingly cool, given the thoughts she’d been having about the whole situation.

“Peter? What are you doing here?”

“I just thought I would bring you some flowers. I know that this is a very sad day for you. I know you are mourning and I am praying for all of you.”

“Gwen, is something else bothering you? Did I offend you by bringing flowers? I’m really sorry if I’ve done something wrong.”

And then Peter proceeds to badger and badger Gwen to tell him what’s wrong. But I’m still stuck on the flowers. It’s normal to bring flowers when someone has died—but what is proper protocol when that someone is an ex? Would Gwen be expecting funerary flowers? Will she even be involved in the funeral? Shouldn’t flowers be going to Gordon’s mother? And then there’s the fact that Peter has been de facto courting Gwen and has already brought her flowers in that capacity.

Anyway. Let me give you more of the dialogue:

“I don’t know. I don’t think I want to talk about it. Especially not with you.”

“Gwen, you’ve got to help you. I know Gordon’s death has taken you by surprise. It has taken me by surprise. I feel very sad. He was a human being who is now lost for eternity. I know I don’t feel what you feel, but I am upset—for your sake, and especially for Casey’s sake as well. Can you please tell me what’s going on?”

“You are going to think I’m crazy or something. But I keep thinking—oh, never mind. Just go away. Please!”

“I’ll go if you want me to. But frankly, you’ve got me scared. It sounds like something has really gone wrong. Gwen, I want to know.”

Do you see what I mean about this dialogue?!

Anyway, so Gwen gives in and tells him her concerns. She explains about how Peter said several times that he sometimes wished Gordon dead, that he said she’d soon have her answer, and that things between him and Gordon were personal now, and that he’d known where Gordon parked and had been absent while she and her parents were talking to Gordon after the hearing, and the officer had said it looked like brake failure, and that all seems mighty suspicious. How does Peter respond?

“Gwen, you are right about one thing: You are crazy! But, hey, don’t worry about it. Grief can play tricks on us all.”

Yes, really. Peter really and actually calls Gwen “crazy.” He doesn’t apologize for anything he said or did. Instead, he tells her he didn’t touch Gordon’s car, and that he’d been planning to tell her that he couldn’t marry her, and to set her free (his words) from her promise to wait for him. He tells her that’s why he was upset, but that since he “never got clearance from God” to change his view, he “didn’t think I had a choice.” Gwen responds with this:

“A choice. That’s an interesting word. Which choice is worse? Marrying a divorced woman? Or murder?”

“Murder?! Murder? You can’t be serious.

I really want Gwen to break the fourth wall here and rail against Farris, the author, for doing exactly what she’s accusing Peter of doing—killing Gordon off so that she can be swept off to Peter’s house as his own dear little wife. She’s right about why Gordon died—he died because he needed to be out of the way. The problem is that she’s blaming Peter rather than Farris, who wrote the book and did the killing off. I’m itching to try some fan fiction here!

Uh oh. Gwen says she can “feel it inside of me” that Peter was responsible for Gordon’s death. This sets us up for establishing that silly women like Gwen definitely can’t trust their feelings, just in case there was any question. Peter, meanwhile, is freaking out, and it’s about damn time. He hasn’t been fair to Gwen from the beginning of this book, and it’s finally coming back to haunt him.

Is assertive Gwen now going to be forever associated with “crazy” Gwen?

Oh god, it gets worse.

So Peter has a sleepless night. Sometimes he cries—kudos to Farris, if for nothing else, for letting his male hero cry. He also starts to feel guilty for even discussing a relationship with Gwen, given what he believed about marrying divorced women. The whole being her lawyer at the same time thing doesn’t come up in his musings. He prays and he cries.

A thin, strange voice tried to tell his mind that he should be concerned about criminal charges. But he knew better. He had done absolutely nothing more than utter careless words, and no prosecutor would ever file anything against him.

And then his thoughts start to turn.

As the night wore on, his sorry for his own carelessness was replaced by a growing sense of bitterness. How could he believe such a pack of nonsensical lies? After all he had done for her? She just couldn’t be serious. . . .

What would he do with her case? Whatever happened at the Ninth Circuit, the cace would not be over . . . Maybe he could find a constitutional law specialist to take over the appeal while he stayed on the case in name only. That would allow him to save face but avoid any significant contact between Gwen and himself.

“The ungrateful little . . . ” He choked back the thought. He still loved her. Loved completely. Loved her forever. But as the bitterness would sweep over him again, thoughts of being unable to trust her became more than he could bear. Even if all this gets straightened out, I don’t know. If she thinks the worst of me under these circumstances, would would happen if I really made a mistake during married life?

Holy shit. This is why you’re not supposed to have romantic relationships with your clients, especially your charity clients! For freaking real!

Peter is unable to sleep all night. He calls in to work and leaves a message saying he’s “emotionally exhausted” from the previous day’s hearing and will be taking the day off. He starts driving. He leaves Washington and goes through Idaho to Montana. He drives to St. Regis and finds a park by the Clark Fork River. He sits all morning, throwing rocks into the water, and “nurs[ing] the bitter wound in his heart.” He hits a “country cafe” for lunch.

After this, Peter calls Sally and tells her he’s going to skip work the next day too. Sally asks if he’s heard about Gordon, and then tells him Stan called dos ay the funeral is on Saturday. Peter keeps his responses short. He drives to Flathead Lake and walks around for hours, and then hits a roadside diner and a motel, where he falls asleep immediately.

Let me make a few notes before we wrap this up. Farris’s use of the B word—bitterness—makes it clear that Peter is currently on a path that he is going to have to repent of—in other words, Farris does not think Peter’s reaction to Gwen’s accusation is justified. But—and we’ll have to see how this plays out—I can’t help feeling like Farris feels like it’s at least somewhat justified. It’s like how jokes tend to have a grain of truth behind them.

We’ve talked a lot about the idea that Farris has created a perfect author avatar in Peter. And Peter may indeed be an author avatar, but he’s at least not perfect. I think it’s going to become increasingly clear in the next few weeks that Farris does not think Peter did right in saying anything to Gwen or pursuing a relationship with her while Gordon was still alive. Unfortunately, I don’t think Farris will ever realize that Peter was wrong to pursue a relationship with Gwen while she was his client, and a charity client at that. Instead, it’s all about the fact that she was divorced. 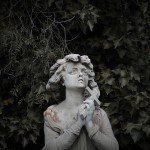 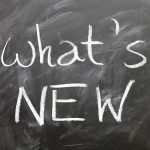