Saturday Link Love is a new feature where I collect and post links to various articles I’ve come upon over the past week. Feel free to share any interesting articles you’ve come along as well! The more the merrier.

Underground network readies homes to hide undocumented immigrants, on CNN—“At another Los Angeles neighborhood miles away, a Jewish man shows off a sparsely decorated spare bedroom in his home.”

Gluing your labia shut during your period is a bad idea, on Dr. Jen Gunter—“Menstrual products in the United States require FDA approval, so this isn’t coming to a store near you anytime soon.”

Why do so many Americans fear Muslims? A decade of denial about America’s role in the world, on The Intercept—“So it’s quite possible ISIS and the Trump administration can successfully collaborate on getting what they both want: a totally unnecessary, civilizational war.”

The Executive Order That Affects Every Latino … Regardless of Citizenship, on Latino Rebels—“It wouldn’t be the first time U.S. citizens have been targeted for deportation. From 1926 to 1936, over a million people were “repatriated” back into Mexico.”

Reflecting on one very, very strange year at Uber, on Susan J. Fowler—“On my last day at Uber, I calculated the percentage of women who were still in the org. Out of over 150 engineers in the SRE teams, only 3% were women.” 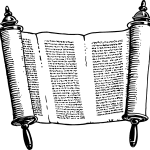 February 24, 2017
A Voice in the Wind: Early Christian Fiction
Next Post 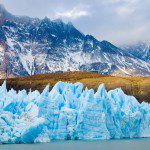