At this point in chapter 21, Michael Pearl’s conclusion begins.

I have had many parents look despondent and say, “I have waited too long. They are too old to train.” It is true that the older a child gets the harder it is to mold them. Yet, no human being ever gets too old to have his actions conditioned–as military boot camp demonstrates. But, only in a controlled environment where the threat of force is real, can one that old be brought to bay. When a child gets old enough to seriously contemplate leaving, the power-discipline will lose its effectiveness. You may not be able to recover everything with a fourteen-year-old, but you can see such improvement as to make it seem a miracle. The ten-year-old is still quite moldable. The earlier you start the better, but as long as they live, it is never too late.

This paragraph is terrifying.

Michael talks in circles without any real clarity. If he means that you should not try to train a teenager, he should say so straight out, but he does not do so. He says that “only in a controlled environment where the threat of force is real” can the training he recommends succeed, and that when a child is “old enough to seriously contemplate leaving” this is harder to maintain. However, he also states that “as long as they live, it is never too late.”

One reason I find this lack of any outright statement that “training” teens via his methods is inadvisable so terrifying is that I know of numerous cases where homeschooled children have been controlled completely by their parents into their teens and beyond. When a child is homeschooled, parents can, if they so choose, short-circuit the ordinary mechanisms by which their children might have contemplated leaving. Where can they go, if their parents don’t allow them contacts beyond their family’s immediate circles?

Another reason this entire paragraph is terrifying is the sharp acknowledgement that Michael is talking about cowing children into obedience and submission through real and inescapable force. This is sick.

Children are not putty in your hands to be molded. They are small people who lack life experience and need guidance—and respect, and kindness, and love. Many individuals have called To Train Up a Child a “child abuse manual.” I have to agree. When Michael does move away from his near-constant emphasis on physical violence—as he does on a very few occasions—he advises parents to use their children’s own emotions against them. In other words, when not advising physical abuse, he advises emotional abuse.

My older child is poised to enter her tweens—and yes, I am finding that mildly terrifying. But the thing I hold onto, the thing that makes all the difference in the world, is our open lines of communication. She comes to me when she is hurt or needs help, and I listen, I give her advice, and thoughts on life, and she listens—because she respects me and knows I respect her.

Michael short-circuits all of that. Instead of building on connection, and a mutual bond of love and respect between parent and child, his parenting advice is all about control, submission, and obedience.

Consider, for a moment, this bit:

When a child gets old enough to seriously contemplate leaving, the power-discipline will lose its effectiveness.

What is this “power-discipline,” and why do I find the term so horrific? If anyone made it this far without throwing this book across the room, this bit ought to stop them short (unfortunately, if they made it this far they’ll likely swallow this too). In this one paragraph, Michael suggests not only that his methods will only work if you can exercise brute force (i.e. physical pain) on your children, but also that if you try this on your children when they are not small and vulnerable, they will try to run away.

If your parenting revolves on your ability to control your children with brute force, you need to take a major step back, because you have already lost control as a parent. That is not parenting. It is abuse. 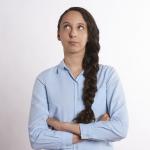 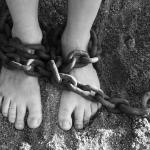