What Does “Bitter” Even Mean?

“You sound like you’re a bit bitter,” someone said to me recently. What does that even mean, I wondered. To be sure, I grew up in an evangelical home and remember hearing the term. “Don’t let bitterness take root,” we heard in church and Bible club. But I realized, hearing it tossed in my way last week, that the term had lost its meaning for me.

In an effort to refresh my memory on what the term is supposed to mean, in evangelical circles, I turned to a Christianity Today article titled “How to Deal with Bitterness.” In that article, Anne Peterson begins with this:

Jenny was 92 years old when she died. For the 50 years I knew Jenny, she told the story over and over of a time her sister would not give her the dollar she needed for a pair of shoes. Her details made it seem like the offense had happened just days ago. She’d retold the story so many times she had memorized every tidbit. One message came through loud and clear. She would never forgive her sister for withholding that dollar from her. Like a magnet, this story pulled her back into all her hurt and injustice.

Bitterness starts out small. An offense burrows its way into our hearts. We replay it in our minds, creating deep ruts that will be hard to build back up. We retell our hurts to any available listener, including each sordid detail. We enlist support, pushing us further into our resentment. We hear the offending person’s name and cringe.

We decipher the offense as intentional and our offender as full of spite. We look for other reasons, both real or imagined, to dislike our villain. With each new piece of information, we form another layer of bitterness.

We fool ourselves into thinking no one will know, but anger and resentment have a way of seeping into everything. Resentment is like a beach ball we try to submerge in the water. No matter how valiant our efforts, it pops up with all its vitality, splashing everyone around.

Bitterness, according to Peterson, is a choice to hold onto hurt and injustice, anger and resentment. And there, I think, is the problem—it is natural for hurt to lead to anger, and injustice to resentment. Certainly, the story Peterson tells obscures the seriousness of hurt and injustice. Hers is to all appearances a story of small hurt and imagined injustice. It’s absolutely true that one can make a small thing into a big thing and dwell on it rather than understanding that everyone is human and letting bygones be bygones.

But what about bigger hurt, and true injustice? Is rage against abusers and those who sheltered them really so uncalled for? Is anger in the face of gross injustice so wrong? Peterson’s solution is forgiveness. But is that really the solution for things like sexual abuse or domestic violence? Should we respond to scandals like those that surrounded Doug Phillips and Bill Gothard several years back with forgiveness, or with righteous anger and by overturning tables in an effort to ensure that such abuses cannot happen again?

Perhaps the reason the term “bitterness” has lost all meaning for me is that I have heard it used so often in reference to larger scandals or abuses that I have come to associate its use with such larger phenomena, and not with individual responses to small, individual wrongs such as the one Peterson describes. I agree that a person spending 50 years focused on a single slight to the extent that it consumes them is not healthy. But feeling angry that your sister wouldn’t lend you a dollar is not the same as anger at an abuser.

In her article, Peterson never draws such a distinction. She does not suggest that different hurts should be dealt with in different ways—or that anger can be justified, and that resentment at injustice can lead to action. Instead, she offers a single solution.

When we have an unforgiving spirit, our eyes are not on him; they are fixed on ourselves. Once when I’d been hurt, I told God, “Someone should pay for this.” And in his kind, loving, tender way he said to me, “I paid.”

And that is what is distracting me.

Did God pay for sexual abuse with the result that sexual predators should not have to pay (at least in this life)? The editorial board at Christianity Today has done a decent job (in recent years, at least) at calling out bad responses to sexual abuse and domestic violence in churches. But what of the doctrines that form the context of such bad responses? After all, it is not as though pastors wake up one day and say “I am going to cover up sexual abuse and domestic violence in my congregation.” Their responses are shaped and created by a web of overlapping beliefs and doctrines—including the belief that refusing to forgive or let go of hurt is “bitterness.”

Part of the problem, perhaps, is that words are fluid. One reason I oppose corporal punishment in entirety is that the term is so elastic. What people mean by the term “spanking” differs so drastically that defending the practice can serve to shield those who mean completely different things by the term. One person says that “spanking” can be warranted, meaning a quick slap on a toddler’s thigh, and another person feels justified in beating a seven-year-old with a belt. The word “bitterness” likely functions with similar fluidity.

It is absolutely possible, then, that Peterson means to use the term “bitterness” to apply only to resentment at small slights that are a part of being human. But when someone else reads her words, is that what they hear? Or do they hear something far broader?

Perhaps that’s why the word has lost meaning for me—because it is defined differently by different individuals and in different context. I’d urge individual like Peterson to engage in a process of better defining the term and nailing it down. And perhaps, as the church grapples with sexual abuse and domestic violence in a more public way, it will do just that. Until then, the term is a problem. It is ill defined and too often used as a weapon of abuse survivors to hold any real meaning for me as anything else.

I say all this, by the way, as someone who does not typically hold onto small slights. There are too many people in the world, and too much to be done, to hold onto the little things. Some things, though—bigger things, greater wrongs—are worth holding onto, because anger at injustice can lead to change, and change is something we badly need. Sometimes the anger and resentment dismissed as “bitterness” in many fundamentalist and conservative evangelical congregations is both necessary and effective. 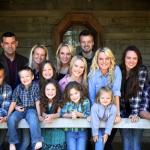 April 16, 2018
The Problem of the Perfect Family Image
Next Post 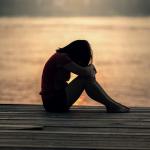