The Secret Weapons of the Far Right, on Topic—“While the men of the extreme-right are usually the ones who make headlines, it’s the women who often do the work of reinforcing supremacist movements.”

The Tangled History of Barbed Wire (from 2015), on the Boston Globe—“Earlier this month, the Hungarian government, scrambling to seal its southern border against the influx of North African and Middle Eastern refugees trying to reach Germany, placed a bid for 10,000 rolls of razor wire.”

The Lot of the Abused: How We Shift the Blame Onto Victims (from 2016), on Unfundamentalist Parenting—“As a child, I did not understand the story about Lot and his daughters. His daughters were nameless and faceless, cardboard characters in a patriarchal narrative used to move the story along.”

Want fewer abortions? Rethink that Republican vote (from 2017), on the Lexington Herald-Leader—“Republicans have been bombastic in their rhetoric, yet Democrats demonstratively have outperformed them in protecting the lives of the unborn.” 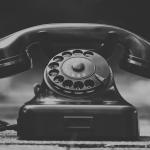 November 9, 2018
Forbid Them Not: Confronted with His Deceptions, Cooper Phones a Friend
Next Post 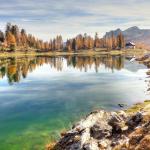 November 11, 2018 Lesbian Duplex 197: An Open Thread
Recent Comments
0 | Leave a Comment
Browse Our Archives
get the latest from
Nonreligious
Sign up for our newsletter
POPULAR AT PATHEOS Nonreligious
1