“Father, Husband, Brother, or Son” Is for White Men

In October, during his hearing before the Senate Judiciary Committee, Kavanaugh urged those listening to “treat me as you would your father, husband, brother, or son.” Many conservatives took up this rallying call, claiming that they were now afraid for their sons. What if it was your son?

Of course, the problem with this entire line of reasoning is that it is dependent on Kavanaugh’s insistence that the charges against him were false—that he was wrongly accused. No one likes false accusations. But what if the allegation against him wasn’t false (as I find most likely)? We see far too many cases where people defend male relatives who are absolutely and without question guilty of molestation or sexual violence.

Recently, there was a case in a town local to me where a mom called the police to report concerns about her 8th grade son. Police searched his room and found guns, ammunition, bomb making supplies, and writings suggestive of planning a school shooting. When I found out about this, I was so amazed and impressed with that mother. She did what was right for her son—and the community—even if it resulted in his arrest.

What about the migrant caravan, where conservatives made much of (false) claims that 75% of migrants were adult males? The same claims were made during the Syrian refugee crisis, and used there as an excuse to close borders to migrants. But so what if a large number of migrants (in any specific situation) are adolescent or adult males? What happened to “treat me as you would your father, husband, brother, or son”?

Conservatives talk about a “war on men,” and then they turn around and accuse migrant caravans as being mostly made up of men as though men are less deserving of peace, and safety, and employment, and they, in fact, are the ones waging a war on men.

White women are innocent and need protecting. White men are family men just like your father, brother, husband, son. None of this benefit of the doubt is extended to black women, or black men—or men and women in other marginalized racial or ethnic groups.

It’s long past time to call it all out. 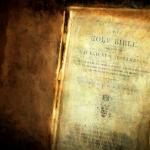 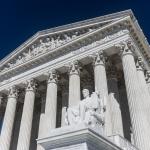