Last week, televangelist Pat Robertson had this to say of the Black Lives Matter movement:

“People should be aware that they’re not just standing with the poor oppressed Black people. Of course we want to stand with people against police brutality. Of course we do. But we don’t want to go along with a lesbian, anti-family, anti-capitalist Marxist revolution.”

Why does Robertson say that BLM is “anti-family” and “anti-God”? In part, he’s responding to the fact that the formal leadership of the Black Lives Matter movement—which is largely organic and not top-down— is supportive of queer identities and of a diversity of family forms (i.e., they do not believe that the “traditional” family is the only valid family structure). To Robertson, this is “anti-family” and “anti-God.” (The executive director of Black Lives Matter, which I didn’t realize existed until just now because of how decentralized the movement itself is, disagrees with his assessment.)

But there’s something more expansive going on here.

I’ve been reviewing a book by fundamentalist religious guru Debi Pearl. The main characters in her book are printing illustrated graphic novel Bibles to share with people around the world. One people group that has come up repeatedly as a target of their proselytization is the Hmong people in Vietnam. Debi appears not to know that the Hmong are largely Christian, and have been for generations.

When you start looking for it, this is all over the place. For instance, in Debi’s book, the main character’s husband runs a Christian ministry at a prison. One of the book’s main characters, a Black man named Omar, was converted to Christianity through this ministry. Here’s the thing, though: people in U.S. prisons are actually largely Christian. Most people in prison are Christians, not unsaved.

You know all those white evangelical Christians who set up churches in cities, to minister to people there? They call them “New City Church” and suchlike. This is referred to as “church planting.” This has sometimes angered Black Christian leaders, because people in cities already have churches. These white evangelicals with no knowledge of the area come in as though they’re ministering to the unchurched, and don’t even make the first attempt to minister with the many pastors already there.

Walk through any city, and you’ll see a huge proliferation of storefront churches. Many are Black churches, others are Hispanic. These churches are frequently Pentecostal, emphasizing the coming of Christ and the pouring out of gifts like healing. They create community and minister to the poor. And yet somehow, they’re almost entirely invisible to white evangelical Christians.

And there’s more, too. When I was a teen, I went on a missions trip to a country in South America. Guess what? I just looked it up, and 90% of the people in that country are Christians. That’s a far higher rate than in the U.S.! And yet, we were there to convert people to Christianity! It’s wild!

It’s a myopia that’s almost disturbing in its breadth and arrogance. 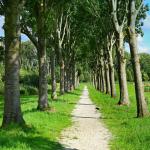 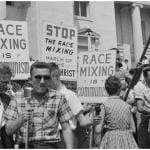