The First Democratic Debate In Five Charts, on FiveThirtyEight—“Going into the debates, Sens. Elizabeth Warren and Kamala Harris both had favorability ratings of more than 50 percent among likely Democratic voters. And after their respective debates, they came out even stronger — respondents who watched the debates gave them the two highest average ratings on performance, according to our poll with Morning Consult.”

Exclusive: Grenfell council had £129M it could have spent on tower renovation, on Bureau of Investigative Journalism—“The budget for the renovation of Grenfell was under pressure from an early stage. Our investigation raises fresh questions as to why.”

The Delay, on Esquire—“After an 11-year-old Navajo girl was kidnapped, her family and friends sprang into action to find her. Why did it take so long for law enforcement to join them?”

In Praise of Tender Masculinity, the New Non-Toxic Way to Be a Man, on Electric Lit—“The best thing about Tender Masculinity is that it’s not only a necessary antidote to our media portrayals of men — it’s also already here.”

Alexa, Are You Making Me Sexist? on Vox—“The title of the study, ‘I’d Blush If I Could,’ is what Siri used to say in response to ‘Hey Siri, you’re a bitch.'” 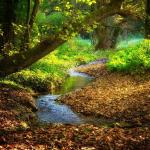 July 5, 2019
Love Comes Softly: Washing the Filth Down the Stream
Next Post 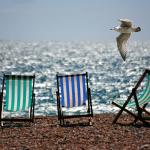 July 7, 2019 Lesbian Duplex 231: An Open Thread
Recent Comments
0 | Leave a Comment
Browse Our Archives
get the latest from
Love, Joy, Feminism
Sign up for our newsletter
POPULAR AT PATHEOS Nonreligious
1