Patriarchal blogger Lori Alexander recently wrote a blog post titled Fleshly Lusts War Against the Soul. The comments section turned into a discussion of what to do about the beach. In her post, Lori writes:

Michael Pearl doesn’t go to beaches, pools, or malls. He doesn’t want to go anywhere that would cause fleshly lusts to war against his soul. He flees sexual temptations (1 Corinthians 6:18) because he’s serious about his walk with the Lord. I deeply respect him for this.

This is interesting evidence that Lori and Michael Pearl are blogging to the same general audience, which is what I’d come to assume based on content and style.

Regardless, it was this comment that led the people in the comment sections to pipe up, with a focus on beach.

I thought it was very interesting how you mentioned that Michael Pearl avoids certain places where women will be immodestly dressed. We recently had a family get away to the beach as our three young children love the beach. I could see my husbands eyes continually looking back at a particular spot on the beach. I tried to see what it was he was looking at as this was a very quiet beach (mostly families with young children). After a while a saw what it was his eyes kept returning to. There were two young women in very skimpy bikinis, I would say almost a gstring. My heart sank, however I know my husband was fighting his flesh and doing his best to concentrate on playing with our young children. It honestly makes me want to stop going to the beach despite how much my children enjoy it. Women need to be considerate of others around them when they are choosing their clothing.

I live by the beach. In the summer, the kids and I are there all the time, often with my husband in tow. And it just occurred to me that I have never even worried about this. There are scads of young women in “very skimpy bikinis” and I have never once worried about my husband looking, because, first of all, I know he will take pains not to be a creeper (looking at you, Sarah’s husband!), and second, I’m not worried about him checking out attractive women. I do it too.

It has been a dozen years since I left purity culture, with the mindset displayed in Lori’s post, behind. There was a time that I would have approached a trip to the beach with my significant other with the trepidation Sarah does. That time was long ago—long enough ago that I can now forget the angst, the pain, the worry.

And no, if Lori and her ilk are worried, I’m not worried about my husband cheating on me. If a person is going to cheat on their spouse, it’s not a bikini on the beach that will make them do it. Besides, if one doesn’t view appreciating a particularly attractive person as sin, doing so won’t lead to the sort of angst that leads to a downward spiral. Purity culture teaches that if you check someone out, you’ve already committed adultery with them in your heart, which can lead to shame, which leads to hiding things, which leads to … like I said, a downward spiral.

I don’t know whether certain beliefs correlate with cheating, statistically, but I do know that the women I’ve known who are most worried about their husbands cheating are those who believe that just looking at a woman is adultery. I do not in a million years ever want to go back to that level of chronic anxiety.

A then reader named Suzanne chimes in:

Sarah I do sympathise and believe me it is even worse as you sons get older and aware of the opposite sex. The added problem, is that with such low standards of modesty, it becomes impossible not to ‘stand out’ if you and your daughters are keeping modest. Sadly we have been gradually driven from the beach !

I’m suddenly glad I didn’t leave by the beach when I was growing up. We wore extra modest swimwear, but we swam in private, not in public.

Another reader, Bill T., chimes in:

I would suggest, don’t just “leave the beach”.

Confront these girls in thongs. Speak to them. Shame them. Otherwise they will never realize that they are bringing shame upon themselves.

The reason our society is degraded is that we allow the degradation to go unpunished. It’s like allowing little children to scream in a restaurant and ruin the whole place for everyone…it’s not good for the children or anyone for that matter.

At a certain point, we either start enforcing standards or we watch society collapse and burn.

“Confront these girls in thongs…”

Seriously, what the hell? I don’t know about the beaches Bill T. goes to, but the ones I go to have lifeguards, and if one beachgoer was harassing another beachgoer—which is what Bill T. is advising!—those lifeguards wouldn’t hesitate to intervene. They might even call the police, if the person refused to cut it out. Harassing people in a public space is against the law.

When people talk about fundamentalists trying to push their morality onto everyone else, this is what they’re talking about. No one is stopping Sarah or Suzanne or any of the other commenters from wearing swimwear they consider modest. They’re the ones who have decided that other people wearing what they’re comfortable in, not bothering them at all, impinges on their rights.

Bill– Shaming women wearing skimpy bathing suits (especially if you are a man) will not make them stop wearing them. If anything, they will feel more empowered in doing so. Speak to them? Sure. Shame them? Absolutely not. To do so would be against God’s word.

But then there’s Lori again:

The Apostle Paul didn’t seem to mind shaming those who were in sin. “Awake to righteousness, and sin not; for some have not the knowledge of God: I speak this to your shame.” (1 Cor. 15:34)

I am so glad I left this toxic mentality behind. I am so glad I can take my husband and kids to the beach without once worrying about my husband committing adultery in his heart—or behaving inappropriately. All that guilt, and shame, and worry—it’s all self-inflicted. 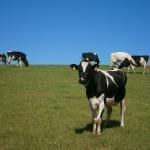 October 22, 2019
What Do Dairy Cows' Y Chromosomes Have to Do with Young Earth Creationism? Plenty.
Next Post 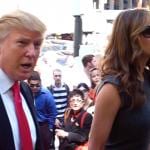 Nonreligious
The Bachelorette and the Bible Thumper
Love, Joy, Feminism 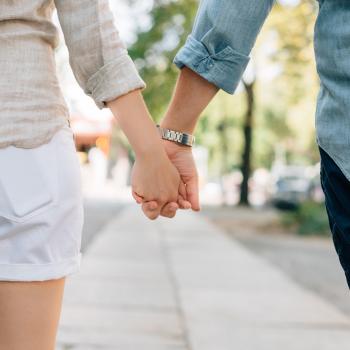