What Do Dairy Cows’ Y Chromosomes Have to Do with Young Earth Creationism? Plenty.

What Do Dairy Cows’ Y Chromosomes Have to Do with Young Earth Creationism? Plenty. October 22, 2019 Libby Anne

“Most U.S. Dairy Cows Are Descended from Just 2 Bulls. That’s Not Good,” reads an NPR article. As I perused the article, it only took me a moment to make a connection to the young earth creationist teachings I was raised on.

A few years ago, Dechow and some of his colleagues at Penn State made a discovery that shocked a lot of people. All the Holstein bulls that farmers were using could trace their lineage back to one of just two male ancestors. “Everything goes back to two bulls born in the 1950s and 1960s,” he says. “Their names were Round Oak Rag Apple Elevation and Pawnee Farm Arlinda Chief.”

Or, to put it another way:

When researchers at the Pennsylvania State University looked closely at the male lines a few years ago, they discovered more than 99 percent of them can be traced back to one of two bulls, both born in the 1960s. That means among all the male Holsteins in the country, there are just two Y chromosomes.

There are just two Y chromosomes found among all Holstein dairy cows. Ponder that for a moment. And then consider this: According to young earth creationist doctrine, all humans after the flood could trace their lineage back to just one male ancestor—Noah.

Young earth creationists play fast and loose with genetics. Genetics does not work this way, and that its why researchers are worried about the U.S. dairy population.

“What we’ve done is really narrowed down the genetic pool,” says Chad Dechow, one of the researchers.

The females haven’t fared much better. In fact, Dechow—an associate professor of dairy cattle genetics—and others say there is so much genetic similarity among them, the effective population size is less than 50. If Holsteins were wild animals, that would put them in the category of critically endangered species.

There’s a reason there are high rates of certain genetic defects among the Amish population.

Currently, more than 50,000 Lancaster County Amish can trace their lineage to just 80 ancestors…

This is the founder effect, and evidence of it has been found in Amish and Mennonite populations from Pennsylvania and Ohio to Ontario, Canada.

The founder effect, population bottlenecks—these are real things that affect real, actual genetics. Again, you probably learned about these things in high school. 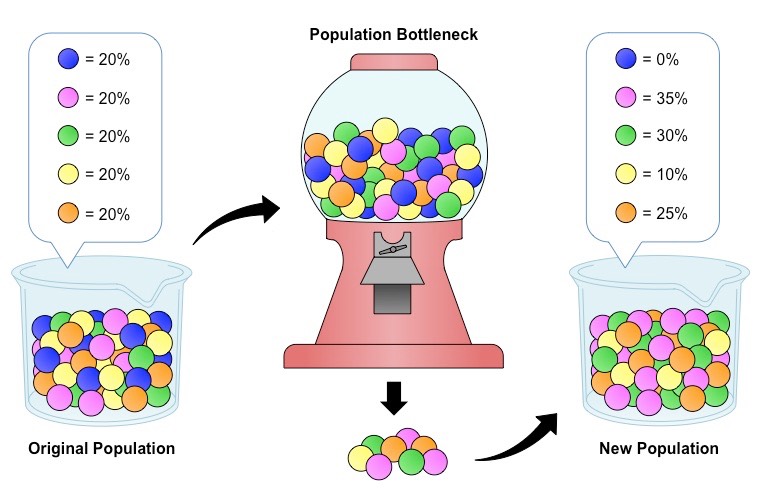 The thing about the founder effect and population bottlenecks is that they result in the loss of genetic information. That is simply how it works.

Again, from the article on Dairy cows:

Any elementary science student knows that genetic homogeneity isn’t good in the long term. It increases the risk of inherited disorders while also reducing the ability of a population to evolve in the face of a changing environment. Dairy farmers struggling to pay bills today aren’t necessarily focusing on the evolutionary prospects of their animals, but Dechow and his colleagues were concerned enough that they wanted to look more closely at what traits had been lost.

Now, the second argument—that the genetic diversity we see today is the result of mutations. Most scientists believe that all Y chromosomes that exist today can be traced back to one Y chromosome that existed around 150,000 years ago. In other words, all men living today have a common ancestor, sometimes termed “Y-chromosomal Adam.” Young earth creationists argue the same thing, but they put this ancestor only 4,000 years ago. And that matters!

Imagine the rate of mutation required to get all the Y chromosomes we have today, in only 4,000 years! I’ve said it before and I’m sure I’ll say it again: young earth creationists are far stronger believers in evolution than any “evolutionary” scientist I’ve ever met.

I’ll leave you with one last thing, from an Answers in Genesis article titled “The genetic effects of the population bottleneck associated with the Genesis Flood”:

There is one other consideration to make before we conclude the discussion of created diversity, however: the introduction of mutations to the population prior to Babel. … Mutational load in children increases with the age of the father (due to the fact that older men pass on gametes that have gone through many more generations/genome copying events than younger men). Thus, any child born to an ancient person could theoretically carry many genetic differences from other people. Extrapolating from the data of Crow, a man 500 years of age would donate approximately 10,000 mutations to a child (the current average is two orders of magnitude less than that). Kong et al. concluded that every extra year of paternity adds an average of about 2 additional mutations. This would mean Noah would only contribute slightly more than 1,000 mutations (40 baseline mutations + 500 years x 2) after age 500. But they also discuss models with an exponential mutational increase over time and only studied men under age 50. Either way, it could be said that Noah, by far the oldest to have fathered children recorded in biblical history, was ‘genetic poison’ to the future world population, as he would be expected to have contributed many new mutations to each of his three sons (and possibly his daughters-in-law, if they were daughters).

Yes. Yes, they really went there. It’s ok that all humans are descended from one couple—Noah and his wife—because Noah fathered his three sons when he was 500 years old, so they would have had lots and lots of mutations. Yep.

What was that I said about young earth creationists being stronger believers in evolution than any “evolutionary” scientist out there?

I guess that gives us a solution for the Holstein dairy cows, anyway—researchers should just breed them when they’re super old and their genetic diversity will come back. Because I’m sure that’s exactly what will happen. (It does not work like that.) 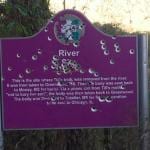 October 21, 2019
Emmett Till's Bulletproof Memorial: We Have So Far Still to Go
Next Post 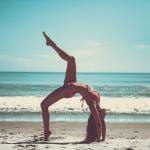