The Common Thread Between the Man Detained for Eating on the BART Platform and the Handcuffed Churro Seller in NYC November 12, 2019 Libby Anne

Did you hear about the man who was detained for eating a sandwich on a San Francisco train platform?

A police officer detained and cited a man eating a sandwich on a San Francisco train platform, a confrontation captured on a viral video.

In the video posted on social media, the Bay Area Rapid Transit policeman told the man, later identified as Steve Foster, that eating on the platform is against state law.

Did you catch that? There is a state law against eating on the platform.

Do you know what laws are? Laws don’t stop an activity. They simply give permission for local law enforcement to hassle people. And when laws don’t involve violent crimes or property crimes—well.

Nonviolent offenses, though? What does society gain from the hassling of men like Foster? Or the woman who was arrested for selling churros in the New York City subway last week?

As reported with some tongue in cheek on Vice:

On Friday, a mere four NYPD officers surrounded an unidentified woman selling churros at the Broadway Junction stop in Brooklyn. As the NYPD later stated, the woman was simply handcuffed and written a ticket as her churro cart was “invoiced” upstairs. Was she crying? Maybe. Is it possible the city has forever traumatized a woman who was simply trying to make some money to feed her family in one of the most expensive locales in the world? Sure.

Take parking tickets, for example. In many cities, cars can be seized and sold over unpaid parking tickets. The city of Chicago, for example, has seized and sold 50,000 cars over unpaid parking tickets since 2011. A report in California found that vehicle impoundment had a significant affect on low wage workers’ ability to earn an income—in fact, “lack of access to reliable transportation” was “the second biggest immediate barrier to employment, behind reliable child care.” And when a vehicle is impounded—well.

In New York City, food selling permits are so limited people are forced to buy permits for thousands of dollars on the black market, or risk selling food without one. It seems we’ve embraced the gig economy when it comes to Lyft or Uber, but not when it comes to things like selling food on the street. Imagine having to choose between buying a $10,000 permit to drive for Lyft or Uber on the black market, and risking arrest—and being short on rent, with few other options. Why do we create policies that put people in situations like this?

Does the relative lack of pricey permitting for Uber and Lyft drivers have something to do with the fact that it’s a gig white college educated workers are will ing to do? Is the gig economy itself discriminatory? Have we embraced gigs white college educated people are willing to do, creating highly minimal regulation for them, while simultaneously highly regulating gigs traditionally done by poor or immigrant workers?

And then, of course, there’s the problem of the public defender system. Once someone is in trouble with the law, what happens next depends largely on how much money the person has. And that is obscene. Yes, people who don’t have money can get a public defender—but these individuals have so many cases they can often spend only a few minutes on each one. Meanwhile, someone with the money can hire a fancy lawyer.

I don’t have a perfect solution, but I think we could start fixing some of this by getting rid of unnecessary laws. Why not get rid of the law about eating on train platforms and replace it with a public information campaign that urges riders to be courteous and alerts them to the fact that food waste attracts rats? Why not lift the cap on mobile food vending permits in NYC, which would eliminate the black market for these permits and them them accessible? Or—perish the thought—why not consider removing the permitting requirement altogether?

I understand that certain rules do need to exist for public health and safety reasons. I am not denying that. But we need to be aware that any time we create a rule, we open the door for penalizing—or even criminalizing—those who may not follow this rule, and we need to be aware that such rules are unevenly enforced. When we create rules like these, we open the door to black men being detained on train platforms and churro sellers who don’t speak English being surrounded by police in subway stations.

We have to do better than this. 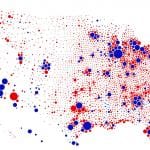 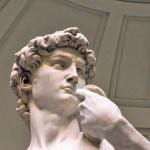