Why Are So Many Evangelicals Okay with David Being a Murderer, But Not a Rapist?

Why Are So Many Evangelicals Okay with David Being a Murderer, But Not a Rapist? November 13, 2019 Libby Anne

Last month, I watched a very interesting debate play out on evangelical twitter. It was about David. It all started with a tweet by survivor and activist Rachel Denhollander.

David raped. It's important we get that right.

David fornicated, Matt Smethurst of The Gospel Coalition wrote. No, Denhollander said. David raped. And that was all that it took for evangelical twitter to explode. Many people—mostly evangelical men—were very, very, very upset by Denhollander’s assertion. They argued that nowhere in the text does it say that David raped Bathsheba. Stick with the text! they said. Then another narrative grew up—why were they so defensive about this? David had someone murdered. Why could they accept that about him, but not rape?

The debate grew so harried that Christianity Today published a piece about it. Why It’s Easier to Accept David as a Murderer than a Rapist, Kyle Worlie titled his article.

Perhaps more intriguing than determining David’s motives is our own determination to spare him from disrepute. We don’t want David to be a rapist. We actually find it easier to stomach him being a murderer of a man than an abuser of a woman.

I found myself profoundly dissatisfied with his explanation. I actually paused here when reading Worlie’s piece to try to figure out why this dissatisfied me so much, only to find the answer in his next paragraph:

And, if the preponderance of sermons is any indication, Christians have historically been willing to slut-shame Bathsheba to keep any stink (beyond adultery) off of David. It’s nonsensical, particularly because in Scripture, Bathsheba is never accused, indicted, or even maligned in any way for what happened.

I don’t find the claim that evangelicals don’t want to think of David as a rapist because they would rather see him as a murderer of a man than as an abuser of a woman at all convincing. Evangelicals have typically not cared that much about supporting women who allege abuse—particularly when these women are abused at the hands of their male heroes.

I would argue that the reason Rachel Denhollander has gained such an audience among evangelicals, in speaking out against abuse, is that she was not abused by an evangelical leader—or an evangelical at all.

Denhollander was the first woman to publicly accuse Larry Nasssar of sexual assault. Nassar is now behind bars because of the powerful voices of Denhollander and the other women who joined her in speaking out. Denhollander has since turned to the evangelical world, using her powerful voice to urge her fellow believers to stand up against abuse and to call it out where it happens. Hence her tweet about David raping.

Women like Jules Woodson, who are abused by evangelical pastors, don’t get the respect in evangelical circles that Denhollander does. If they did, Woodson’s abuser wouldn’t be already back in the pulpit. Denhollander appears to understand this, and works to elevate voices like Woodson’s. Why does she need to work to elevate Woodson’s voice? Because many, many evangelicals still defend abusers and slut-shame victims.

All of this is to say that Worlie is wrong. The issue is not that evangelicals “find it easier to stomach [David] being a murderer of a man than an abuser of a woman.”

The issue is that evangelicals don’t stand up for women who are raped or sexually abused by powerful evangelical men. Instead, they find some way to smear or discredit the men’s victims. And that is exactly what has happened with Bathsheba. It’s her fault! She was asking for it! Why was she bathing on that roof, anyway?! This has been the narrative about Bathsheba for generations.

Recognizing Bathsheba as a victim of rape requires grappling with something many evangelicals aren’t ready to grapple with. It means recognizing the role power dynamics play in abuse—which would require taking situations’ like Woodson’s abuse more seriously than most evangelicals have—and reckoning with centuries of victim blaming—which, again, would require evangelicals to fundamentally change how they approach abuse.

Denhollander is ready to push evangelicals on this. She does not mince words or hold punches. The pushback she has received reveals not evangelicals’ distaste for men who abuse women—as Worlie claimed—but their unwillingness to support victims of abuse—and their widespread ongoing inability to even recognize it. 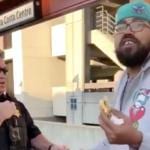 November 12, 2019
The Common Thread Between the Man Detained for Eating on the BART Platform and the Handcuffed Churro Seller in NYC
Next Post 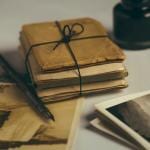 November 15, 2019 Stepping Heavenward: Some Historical Exposition on 19th Century Womanhood
Recent Comments
0 | Leave a Comment
Browse Our Archives
get the latest from
Nonreligious
Sign up for our newsletter
POPULAR AT PATHEOS Nonreligious
1