Iowa state senator Dennis Guth would make it a crime for a man to marry a woman, only to later come out as gay. No, really. It would be called “fraudulent concealment” and could be used against an ex-spouse in custody disputes.

[Guth] said he brought Senate File 2130 on behalf of a constituent who was involved in a marriage dissolution “where her spouse falsified his sexual orientation and then later on she was not able to reveal that when she went to court. So this is just going to allow people in that specific situation to voice this in court,” he said.

Okay, let me put it this way: whether a man got a divorce from his wife because he realized he’s actually gay, as opposed to some other reason, isn’t relevant to whether he should get custody of his kids. He’s still their dad, and being gay isn’t a crime. (I get the feeling that’s what Guth is actually upset about.)

But this actually makes me really mad for a wholly different reason. I grew up in the 1990s and early oughts, when evangelicals were all on about fixing gays, and part of fixing gays always involved marrying them off to straights. Christian men “struggling with homosexual urges” were encouraged to marry straight women and start families.

If you spend a generation (and more, probably) encouraging Christian guys who think they’re probably gay but don’t want to be (because of hellfire of course) to marry straight women, you’re going to end up with at least some of them later realizing they can’t pull off the charade and getting divorces. It’s kind of how this works.

Some years ago, I remember reading about a Christian activist whose primary schtick was telling everyone that gayness breaks up families. As an illustration of gayness breaking up families, she said that her husband divorced her and left her and the kids to go off and live the “homosexual lifestyle.” She told people this story constantly. It baffled me that she couldn’t see that she was a victim not of her ex’s gayness but of an anti-gay culture that encouraged her ex to marry a straight woman on the promise that it would allow him to escape his homosexuality.

When I read about Guth’s bill, my thoughts went in the same direction. If you don’t want men divorcing their wives to go be gay, maybe stop telling maybe-gay men to enter straight marriages post haste to fix their gayness. In fact, I’ll go farther than that—maybe stop telling people not to be gay! Gay men would not marry straight women in the first place if they lived in a culture that accepted homosexuality and same-sex relationships as normal and okay. However much our culture has changed over the past decade—and it has, a lot—most evangelicals aren’t there yet.

Partly, evangelicals of the 1990s and early oughts—when I was growing up—encouraged Christian men who thought they might be gay to marry straight women on the argument that doing so would help turn them straight (the mechanism for this is a mystery to me). But I suspect that there was also an assumption that if a man was married to a woman and had a household and kids with her, he’d be less likely to give that all up for a “homosexual lifestyle.” In fact, some men may have gone into such marriages for just this reason—to make it harder for them to “fall into sin.”

If you’re a single Christian man and you think you might be gay but believe it’s wrong, the only thing standing between you and living your life as an out gay person is your beliefs. But if you’re a Christian man who has a wife, a house in the suburbs, and three kids, there’s a bit more standing between you and coming out. Divorce is a big undertaking, especially with kids. There’s dividing up the house and the money and probably moving, but there’s also the reality that you likely won’t get to see your kids as much—and all the many more people you’ll disappoint.

I’m not suggesting that it’s easy, as a single person in an evangelical Christian community, to come out as gay. It’s not. But it has to be doubly hard for a person who is married and has kids. They risk so much more. And really, that’s what this bill is about. The bill does not create a jail sentence or court trial for “fraudulent concealment.” In fact, the “fraudulent concealment” label the bill creates only matters in custody disputes, after a divorce.

If the court finds in a dissolution action that fraudulent concealment of sexual orientation exists, as specified in subsection 3, paragraph “l”, a rebuttable presumption against the awarding of joint custody exists.

If a man marries a woman and then later comes out as gay but opts not to get a divorce, nothing happens. Unless his wife divorces him, of course, in which case she gets the kids, and he doesn’t any custody at all. And if he does decide to get a divorce—so that he can date men, say—she gets the kids, and he doesn’t get any custody at all.

Guth strikes me as the exact sort of man who probably also talks at length about how important fathers are. In fact, I wouldn’t be surprised if he were the type that also thinks fathers should get custody, rather than mothers. But suddenly, if the man in question is gay, all of that goes out of the window. Guth has no problem working deliberately to keep children from seeing their fathers. (And yes, it works in the reverse as well, but something tells me Guth cares a lot more about gay men than he does about lesbians, for reasons I will leave unexplained.)

What Guth’s bill would do is horrific. I know a person whose child was taken from him after he came out as transgender. The pain he has suffered—and is still suffering—is unimaginable. Keeping children from their parents based on their parents’ sexual orientation or gender identity is absolutely horrific. Guth is a despicable human being.

And remember, all of this takes place against a backdrop of decades of evangelical Christians actively encouraging Christian men who think they may be gay to marry straight women and have children with them. This makes me angry. Really, really angry. I would say a lot more, but the powers that be at Patheos have asked us bloggers to limit our language use so as not to push the site’s SEO down, so I’ll leave it at that.

Oh, and one last thing—none of this is “pro-family.” 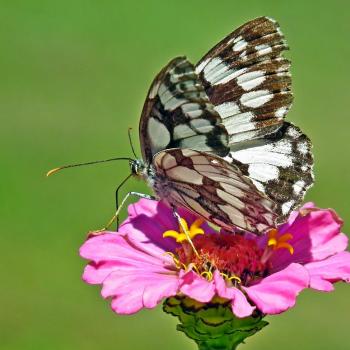 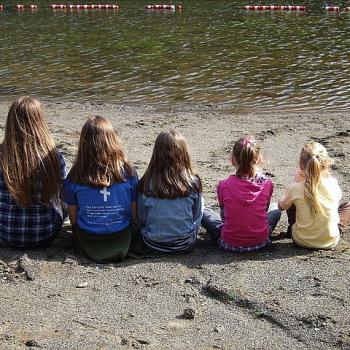 Nonreligious
The Republicans Are the Party of Social Control,...
Love, Joy, Feminism
TRENDING AT PATHEOS Nonreligious