What Does God Want Me to Do?

I recently came upon a Christianity Today article titled God Will Not Speak to You Through Sky Writing. Curious whether there was a new trend I had missed—maybe it had to do with chem trails?—I clicked through to read more. While not about chem trails, the article did address something I found nearly as interesting.

As a child growing up in an evangelical home in the 1990s, I used to wonder why God spoke directly to people in the Old Testament—and even appeared to them visibly in some cases!—when he did not do so in the present. God told the Israelites directly what to do on numerous occasions. It’s only natural that I found myself wondering: why doesn’t he do that now?

In the Christianity Today article I came upon, Jen Wilkins describes my childhood questions with remarkable accuracy:

We’ve all said it, either out loud or in our heads: “If God would just tell me what to do, I would do it!”

We want to follow God’s will, and when we’re facing a big decision, it does seem that an audible command from God—or even an emphatic hint of some sort—would be extremely helpful, not to mention efficient.

When the way forward seems opaque, we begin to ask why the heavens can’t just part and impart a little direction. After all, God did that for people in the Bible. Couldn’t he do it for us?

As an atheist today, I no longer wonder. The Old Testament is full of stories, legends that described the mythos of a people. Some had basis in fact; others not. Either way, these stories are like other stories of their period—full of miracles and wonders, the product of the human imagination and desire for meaning, purpose, and belonging. I have found an answer to my question.

Interestingly, Wilkins does not actually try to answer the question she describes in her article. Instead, she takes a wholly different approach: distraction. She writes as follows:

But I wonder if we aren’t missing a bit of obvious direction that is right beneath our noses.

It’s true that the Bible contains multiple accounts of people who hear the audible voice of God telling them what to do. They receive exactly what we say we want: clear direction from the mouth of God. But rather than rush to obey, alarmingly, they often hesitate or ignore the direction outright.

Moses hesitates when God speaks to him from the burning bush, telling him explicitly to rescue Israel from slavery. Israel ignores the thundering commands of God at Sinai, despite their initial affirmation to “do all that the Lord has said.” Gideon hesitates when God speaks to him on a threshing floor, asking for a series of signs as confirmation. And perhaps most famously of all, Adam and Eve receive an audible command regarding a certain fruit, which they patently ignore.

In light of the evidence, it seems doubtful that the audible voice of God would inspire belief or ensure obedience with us any more than it did with our predecessors.

Do you see the distraction?

You could, of course, tell a story that would turn Wilkin’s response into an answer to the question. She says people in the Old Testament didn’t always obey God when he spoke to them. Okay! Let’s imagine that God got tired of speaking audibly to people only to have them ignore what he told them, and that’s why he decided to stop speaking to people. That’s actually an interesting story!

Now that I think about it, responding to “why doesn’t God speak to me?” with “what, like you’d actually listen if he did?” seems rather mean, although I’m sure Wilkins doesn’t mean it that way.

In the remainder of her article, Wilkins argues that Christians should focus on being rather than on doing.

If we are not careful, while looking for God’s will for our circumstance we may overlook his will for our character. In our desire for certainty, we may become fixated on doing and become forgetful of being.

This is more interesting, and I can see it being helpful to some readers. It amounts to an argument for making decisions on one’s own, although there’s something missing: Wilkins never directly says that people are capable of making good decisions themselves. Instead, she only says the question should not be what God wants you to do, but rather how God wants you to be.

You will never have to lay out a fleece to know for certain that it is God’s will that you live self-controlled, upright, and godly lives in this present age (Titus 2:12).

You will never have to search the sky for a message in the clouds to know without doubt that it is God’s will that you be holy and blameless (Eph. 1:4).

This is okay as far as it goes, but if I could rewrite Wilkins’ article—setting aside the fact that I am not now an evangelical Christian—I would add something she leaves out.

As a child, I remember my parents “laying out a fleece” when they were making big decisions. Did God want them to go into politics? Did God want them to take a different job? They would pick something, and say “if this happens, I’ll take that as a sign that God wants me to do it.” The concept of laying out a fleece comes from the story of Gideon, which Wilkins references.

“You wouldn’t do what he told you to even if he did speak to you audibly” is unhelpful. “Focus on being rather than on doing” is more helpful, but it glosses over the fact that we still have to do.

I’ve been an atheist for close to a decade now, and one thing I enjoy is not agonizing over decisions. Oh, certainly, big decisions can still be agonizing! But I don’t have to worry, on top of everything else, about whether I’m doing God’s will—about where God wants me to live or what job God wants me to take. Instead, I know that my decisions will effect me and my life; that I can’t go back and change a decision once I’ve made it; and that if I don’t like where things are headed in the future, I can make different decisions in the future, or go in a different direction.

As I came to adulthood, I decided that the idea that every person has one single soulmate that they have to find was bull. I decided that every person has any number of people they could marry and be happy with. You just have to find one of those people—not the one. That didn’t mean I would necessarily succeed, but it did take a lot of pressure off the decisions I had to make.

Worrying about which job God wants you to take, or where God wants you to live, is stressful. Perhaps it comes from the idea that God has a single plan for you. In that sense maybe it’s even more like soulmates than I realized. If God’s plan is for you to go into ministry, if you choose wrong and become an accountant instead, you’ll be stepping outside of his will. Or vice versa.

If someone had told me, back when I was still an evangelical Christian, that God trusted me to make my own decisions—informed by the values he called me to embrace—that would have taken some of the pressure off of the life decisions I had to make. It might even have felt empowering. 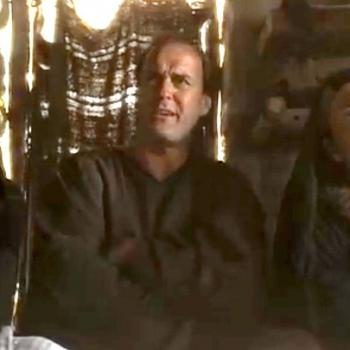 Nonreligious
But What Did Obama Ever Do to Stop...
Love, Joy, Feminism 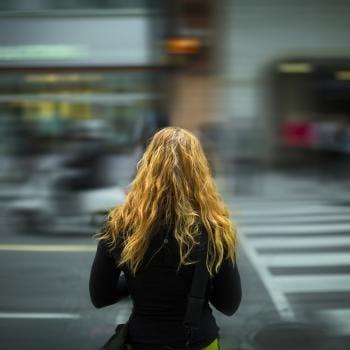 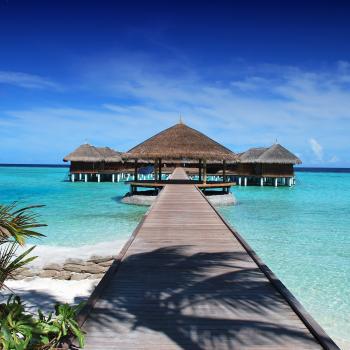 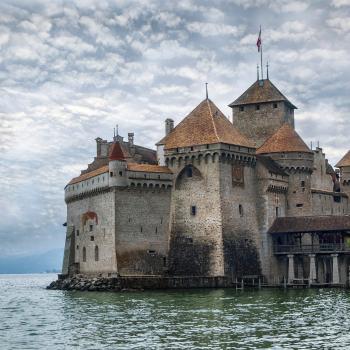 Sympathy? Boris Johnson Is Either Stupid or Got...
I am not having a go at Boris Johnson here due to ideological...
view all Nonreligious blogs
What Are Your Thoughts?leave a comment
Copyright 2008-2020, Patheos. All rights reserved.