Over last few days, I watched as evangelical twitter melted down and poured its rage out on Jo Luehmann, a Colombian American writer with a few thousand twitter followers who encourages her readers to “decolonize” their faith. Adam Ford, the founder of the Babylon Bee, set his far larger twitter following on her; Leuhmann, who uses instagram as well as twitter, soon found herself locked out of her instagram account due to the number of people reporting her as “hate speech.”

As best as I can tell, it started here, when Leuhmann asked her followers when they’d first heard of Juneteenth and then held her ground when she was told that she needed to remember that Native Americans and Africans had mistreated each other anyway, so what was the big deal, and that the problem was not white supremacy but rather individual sin and hatred that all people are guilty of.

Luehmann explains what happened next here:

I posted something about Juneteenth on Twitter, a man made a very awful comment about indigenous people, he basically said colonization was excused because all indigenous people needed Christ due to their sin. I said that was white supremacy, and then all hell broke loose.

Since then a lot of things have happened but basically a lot of large Christian accounts started posting screenshots about my writing, they started mocking and belittling, which is all stuff I expect. I started getting hundreds of DMs, some good, mostly really awful. They started reporting all my accounts in all platforms as hate speech. They’ve been commenting everywhere and sending me really awful pictures. Anyway, I’m blocked out of Instagram now, have contacted a few of the large accounts to ask them to please tell their followers to stop harrasing me, they haven’t replied. I have so many messages on FB I don’t even want to look there. And Twitter is just madness.

When it first started, Leuhmann wrote a thread outlining her beliefs, perhaps hoping to signal to conservatives that she was not on their side and they were wasting their time coming at her.

Since conservative Christians keep coming at me. Here:

Since conservative Christians keep coming at me. Here:

I am a Christian and I believe proselytizing is violence against another.

I am a Christian and I believe LGBTQ+ ppl are divine and should lead us.

I am a Christian and I learn a lot from ppl who do not share my faith.

I am a Christian and I don’t go to church.

I am a Christian and I don’t believe the Bible is the word of God.

I am a Christian and I embrace sex-positivity, which includes but isn’t limited to, sex outside of marriage.

I am a Christian and I believe everyone has access to God. EVERY ONE.

I am a Christian and I do as I please (which is not to say I can harm anyone, that’s never ok).

I am a Christian and I know Christianity has been used as a weapon of white supremacy for so long that any Christian who isn’t actively dismantling white supremacy, is harming ppl with their theology.

I am a Christian and I believe people know what’s best for them, sometimes that means running away from Christianity. I applaud them.

After the amount of abuse I experienced inside of Christianity because of toxic people and toxic theology, for me, it’s one of two: having a faith and reclaiming it however I wish to, or leaving faith altogether, there is no third option.

There is no going back to evangelicalism, there is no embracing toxic theology to be accepted, there are no mental hoops to ignore oppression. I’ll run toward atheism as fast as possible if the condition to be a theist is that I have to embrace any type of toxicity or abuse.

If me saying I am a Christian bothers you because I reframe concepts you were told are written on stone, that’s something you have to wrestle with. If any identity I hold makes you uncomfortable, that’s on you, that’s really not something I have to fix.

I have no responsibility to make you comfortable in my own space. More so as a victim of religious abuse, I will not subject myself to re-traumatizing experiences or theologies to appease your discomfort.

You may leave, you may lie about me, you may go on tirades about me as the devil, you may ignore me… you just may not demand a thing of me, you may not hurt me. I won’t allow it. . This is my space, this is my truth, and this is how I treat others and their spaces

This seems pretty straightforward—and not at all strident! Sadly, being clear, reasonable, and firm but compassionate is not enough for conservatives. It’s not enough at all.

When Marxism infects the brain of a self-professed Christian pic.twitter.com/GfpND373Ml

Adam Ford is the founder of the Babylon Bee, an evangelical “satire” website that has come under frequent (and well deserved) criticism for being tone deaf in its humor, to put it extremely nicely—and in what it pokes fun at. (If you’re interested in reading more about why the Babylon Bee is completely awful, see here.)

Anyway, Ford tweeted out to his followers screenshots of the first tweets of Luehmann’s thread, together with the comment: “When Marxism infects the brain of a self-professed Christian.” Ford’s followers quickly lost their cool; they were enraged by Luehmann’s words and could not, would not live and let live. How dare she claim to be Christian, while simultaneously disagreeing with them on so many social and theological issues! How dare she!

Of course, in their reaction, they proved Luehmann’s point—as she herself noted as the abuse accelerated.

Christians are easily the most disrespectful, most aggressive, most violent ppl I’ve encountered. He has 30k followers and posted screenshots of my posts w/out tagging me, knowing exactly what he was doing.

This is the faith of love and respect you want me to follow? HARD PASS! https://t.co/jqq7Cqj1Z5

I do my work out of that account. You’ve actively harmed me pic.twitter.com/q8YySEA9ua

People were absolutely awful to Luehmann.

You are not like Christ at all, jezebel.
Mocking my Faith won't be tolerated. https://t.co/1pFzvXq2Pf

I know you probably don’t care. But you should know your actions aren’t innocent and they have real consequences. All my income is tied to my social media. This isn’t a joke to me. But proceed as you wish.

I’m not mocking your faith because I landed elsewhere on it than you.

And I’m not lying, I choose to see good in a bad situation. But as I said, I doubt you’ll care because conservative Christians rarely do. https://t.co/dhdkGW9mvG

The social justice path is a dangerous path to be on, women. I see many popular female Bible preachers (which is unbiblical and sinful to begin with since God makes it clear that women are NOT to be preachers) falling away from Christ on their pursuit of social justice. …

This woman who I shared her tweets with you is lost and floundering. She is nothing like a true believer in Jesus Christ. Many will say that they know Christ, but they do not. Here is an example of fake Christians. Make sure you are not one!

I could just leave the dumpster fire that is Christianity. I could. But you don’t get to take 1 more thing I love from me. In the meantime I don’t see this same anger and repudiation for the behavior of abusers. They get protected, they get invited to preach, they get hugged. (2)

Luehmann’s instagram account appears to have been restored, as of today. But anyone who was on the fence about Luehmann before this has surely seen her rise in their esteem. Evangelical Christians like Ford claim to be motivated by love, but they too often seem almost eager to show the the opposite when challenged in even the smallest way.

I wish Luehmann, and other writers and activists working to decolonize their faith and that of others, the absolute best. Whether or not conservatives like Ford want to recognize it, Luehmann is actually part of a long tradition. Conservative evangelical Christians do not own Christianity—nor do they get to set its boundaries. 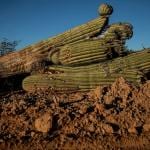 June 22, 2020
The "American Taliban" and the Destruction of Native American Sacred Sites
Next Post 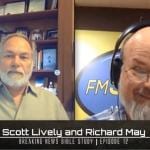