“White Blessing” and the Christianization of Enslaved Africans

As I noted yesterday, white evangelical megachurch pastor Louie Giglio recently proposed using the phrase “white blessing” as a replacement for the phrase “white privilege.” The goal, he said, was to switch up the terminology in order to reach white Americans upset at the term “white privilege.” The problem with this, I wrote, is that evangelicals—including Giglio—typically talk about blessings as things that are handed down by God, often as a reward for faithfulness. And this sets up all sorts of troubling implications.

But it’s also worth noting that evangelicals have already used the term “blessing” in another way when they talk about slavery.

Let me dive in here for a second. Some years ago, my kids attended a private Christian school (white). One of their history books said something like, “Slavery was a blessing because it introduced Africans slaves to Jesus.” https://t.co/fW2hS75kLd

I’ve heard that line too: that “slavery was a blessing because it introduced African slaves to Jesus.” Sure, bad things happened—but in the end, black people got to live as free people in America, the land of opportunity, and they got to learn about Jesus and become Christians who will live forever in eternity with the Lord!

It’s like evangelicalism has broken them. While acknowledging that there are progressive white evangelicals who speak for the impressed—not to mention the Black church, which has done liberation work for as long as there have been Black Christians in America—there seems to be something about white evangelical theology that twists adherents’ ethics into terrible, terrible knots.

Imagine thinking that it was a blessing for millions of people to be enslaved, tortured, killed, and torn from their families repeatedly generation after generation, because in the end, they got to hear about their enslavers’ religion. There are white evangelicals who believe exactly that, and, practical questions aside, the truly sick thing is that this claim almost makes sense, within their parameters—if hell is an eternity of torture in a lake of fire and every non-Christian will go there, you can justify almost anything if it leads to people becoming Christians.

Of course, there are some practical questions to be asked even within these parameters. For example, what of the large number of Africans who died during the middle passage, without having a chance to hear the gospel? These presumably went straight to hell—was that just collateral damage, to get to the “blessing” of enslaved Africans hearing the gospel? Also, in what world is mistreating people the best way to share the gospel with them?

Even if you accept the contention that all non-Christians will be tortured for eternity in a lake of fire after death, enslaving Africans does not make sense. White Europeans did not enslave Africans to Christianize them, enslaving a group is a weird way to make them convert to your religion—white evangelicals tend to hold that conversions must be individual and heartfelt, after all—and white enslavers were quick to ban enslaved Africans from learning to read as soon as enslaved peoples started to find “subversive” passages in their Bibles.

In other words, the claim that “slavery was a blessing because it introduced African slaves to Jesus” is and has always been nonsense even within white evangelicals’ theological constraints, which means of course that it has always been an intentional and calculated justification designed to exempt white people from feeling the full weight of guilt for what they and their ancestors have done to Black people in this country for hundreds of years.

And that’s not all. In some parts of the Americas, Christian missionaries were beaten and attacked if they attempted to convert enslaved Africans. And then there’s the bit I already mentioned, where antebellum slaveowners barred slaves from learning to read, after enslaved peoples began interpreting the Bible in ways white enslavers didn’t like.

The During the antebellum period, white enslavers in the U.S. South used the claim that they were Christianizing Africans as a justification for their continued and ongoing enslavement. They argued that fully Christianizing Africans would take many, many generations, because Africans were pagan and backward, unlike the enlightened white races that enslaved them. That’s right: Exposing enslaved Africans to the gospel became a justification for the ongoing brutal, generational chattel slavery of Africans in America.

Besides, if white evangelicals were so very excited that being enslaved introduced Black Americans’ ancestors to the gospel, you’d think they would have listened better to Rev. Martin Luther King Jr. and other Black ministers who took the lead during the civil rights movement—and during ongoing racial justice movements today.

The claim that black people benefited form slavery because they were exposed to the gospel isn’t just a sign of backward priorities; it’s also a sign of generations of deep embedded racism. 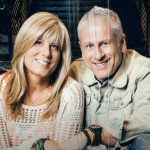 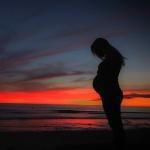