From “White Privilege” to “White Blessing”

Megachurch pastor Louie Giglio of Passion City Church in Atlanta had some words to say on Sunday, during a taped interview. They were definitely words. That is a thing you can say about them.

“We understand the curse that was slavery, white people do. And we say that was bad. But we miss the blessing of slavery – that it actually built up the framework for the world that white people live in and lived in. And so a lot of people call this white privilege and when you say those two words it just is like a fuse goes off for a lot of white people because they don’t want somebody telling them to check their privilege.

“I know that you and I both have struggled in these days with ‘hey if the phrase is the trip up let’s get over the phrase and let’s get down to the heart. Let’s get down to what then do you want to call it’ and I think maybe a great thing for me is to call it white blessing. That I’m living in the blessing of the curse that happened generationally that allowed me to grow up in Atlanta.”

As I said, those are words.

Now is the point where I usually analyze words, and I am just …. I am going to need to take a moment. If you stole from me and then called the money you stole a “blessing” because you didn’t like it being called “theft” I would have questions.

Look, if Giglio can indeed convince people who are on the fence about white privilege even being a thing that they have benefited off of the stolen labor of African Americans, that’s a good thing! I don’t know much about Giglio; maybe he really is being purely strategic here. But what I don’t buy is that this terminology switcheroo is actually going to do what he appears to claim it will do. This isn’t how the word “blessing” functions in white evangelicalism.

Within white evangelicalism, blessings are usually given by God. They aren’t merited, necessarily—they aren’t something you earned—but they are something God gives out himself, particularly to those who follow him. If God chose to bless white people, who are we to question him? You don’t question a blessing, and you certainly don’t try to undo it.

I mean for god’s sake, there are Bible verses that say this.

Proverbs 16:21—“God blesses those who obey him; happy the man who puts his trust in the Lord.”

Even Giglio himself views blessings this way:

In Not Forsaken, Pastor Louie Giglio invites us to understand the character of God in a life-changing way: as a perfect Father who wants you to live under the waterfall of His blessing.

Here’s an excerpt from this book:

The waterfall of God’s fatherly blessing is not like one of those thin, ribbon-like waterfalls you see on the side of the road while driving through the foothills. It’s more like Niagara Falls, or the great Victoria Falls in Zambia. His love is a like a torrent, relentless a  unending, unconditional and pure, gently roaring His blessing over your life.

And His love is pouring down on you right now. If you close your eyes for a moment, can you picture it? Can you see yourself standing under a steady flow of love, smiling in the crashing foam of a perfect Father’s blessing? In Christ, that’s exactly where you are.

I’m going to go out on a limb and say that maybe—just maybe—if you’re going to describe white privilege “white blessing” you might first one to make sure you don’t also teach that God pours down blessings on his children. Because really, all you’re doing here is empowering white people to think that they got all this extra stuff because they and their ancestors followed God and were rewarded in return. With the stolen labor of black people.

Good god I can’t get over how toxic this is.

Just so we’re clear, Giglio didn’t state directly that “white blessing” was something poured out from God. But he talks all the time about God pouring out “blessings” so he clearly didn’t think his analogy through at all. Not thinking things like this through is a big problem if you have a huge platform and you go out there and spout off your half-baked thoughts in recorded interviews that you know are going to be widely viewed. And—because I don’t want this to be missed—Giglio actually uttered the phrase “the blessing of slavery.” Those words should never be put together in that order.

“We understand the curse that was slavery, white people do. And we say that was bad. But we miss the blessing of slavery.”

You don’t have to feel bad for being blessed. (Unless you’re a rich influencer on Instagram; in that case, please stop tagging every one of your perfect photos with #blessed, it’s getting old.)

My ancestors owned slaves. They stole labor and destroyed families and, yes, they used that stolen labor to more solidly position themselves financially, and I benefit from that string of events today. But I don’t view the fact that my ancestors tore families apart and forced people to work for them under threat of bodily harm as a “blessing.” Instead, I feel a deep shame for what my ancestors did. It boggles my mind that they could treat people they way they did; it fills me with a deep sense of mortification, chagrin, and humility. And a resolve, too—a resolve to do better.

There’s a word Giglio might try using—humility. Instead of encouraging his flock to see the fact that they have benefited off of slavery and Jim Crow as a “blessing” he might try urging white churchgoers who resist the term “white privilege” to humble themselves. Humility. Why is Giglio so much quicker to run to the word blessing than he is to the term humility? Perhaps, more than anything else, Giglio’s comments underscore ongoing problems in white evangelicalism—problems that help explain why white evangelicals are having a particularly hard time grappling with our nation’s legacy.

Note: The robbing of black America did not end with slavery. See this article by Ta-Nehisi Coates to learn more. 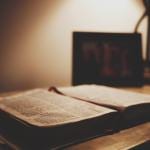 June 15, 2020
A Stilted Framework for Understanding Racism
Next Post 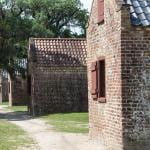