Answers in Genesis Accuses Josephus (but not the New Testament) of Bias November 9, 2020 Libby Anne

I just finished reading an Answers in Genesis article titled “Is Josephus Reliable?” and I am gobsmacked. Josephus, of course, is a first-century Jewish writer and historian. Christians frequently cite passages in his works—which document the existence of Herod and Pontius Pilot, among other things—as proof that the events laid out in the Bible happened.

But Bernton H. Cook, writing for Answers in Genesis, an organization founded on the idea that every word of the Bible should be taken as literal truth, wants to make sure you know that Josephus has biases, and that not all of what he wrote down is necessarily true. That they can write this about Josephus seemingly without realizing that all of it can be applied to the authors of the Bible is nothing short of incredible. Their lack of self awareness is incredible.

To read Josephus correctly, we need to keep in mind that he was a product of his times. Readers in first-century Rome had different expectations than we do today. It was common practice for historians to shape or add details to make a good story.

The exact same thing is true of the entire New Testament!

Josephus gives a famous account of the last stand of the Jews atop Masada. Instead of surrendering, he says the Jews selected several men to slay the majority and then turn their swords upon themselves. Yet archaeologists have not found the bodies to verify his story.

Does Cook know that we also don’t have archeological evidence for just about everything in the New Testament? (Also, he seems to take a both broad and narrow view of what archaeology actually is.)

Also, like other historians of his day, Josephus sometimes invented heroic speeches and put them into the mouths of his subjects, such as the patriotic oratory of Eleazer, the leader of the Jews atop Masada. Since the men who heard Eleazer were slain in the siege, and since Josephus wrote the account from Rome, he cannot possibly have had access to the full speech.

Does Cook honestly think all four gospel writers followed Jesus around during his entire ministry, heard every single speech and parable he gave, and wrote it all down word for word? They did not. Yes, historians of the first century often crafted speeches and put them in the mouths of their subjects—that is also exactly what the writers of the New Testament did. And it’s not just the Gospels. There are numerous speeches recorded in Acts and elsewhere.

Few ancient historians were careful about numbers and statistics, either. Scholars know that Josephus often errs on the chronologies of first-century events with which he was quite familiar. So be wary of any numbers he gives.

The writers of the New Testament frequently messed up numbers too, writing completely contrary accounts, such as in the two ancestries of Jesus, or in the two different stories of Judas’ demise. And as for chronologies of first-century events, the chronologies of the gospels are so hopelessly contradictory that I was told by Bible teachers that the gospels weren’t meant to be linear. Everything Cook is saying about Josephus also applies to the authors of the New Testament.

One last bit from Cook:

In summary, Josephus is an eminently important and helpful source for gathering details about New Testament times, but Christians should be careful not to read him as an apologist for Christianity or to rely upon him too heavily. Nor should they be ignorant of his bias in favor of Judaism and his willingness to deliberately rewrite Old Testament narratives to provide a more flattering picture of the Jewish heritage.

This is one of those “so close and yet so far” moments. Cook accurately discusses the norms among historians during the first century, but because he views the New Testament as divinely inspired, it does not seem to even occur to him that the same constraints and norms affected the writers of these documents as well. And yet, they did!

In fact, I would argue that the Bible makes much more sense when you see it as a human document that, like Josephus’ writings, is a product of its time. It is viewing it as divine, rather than viewing it as human, that raises questions. 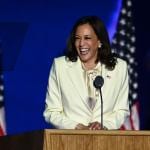 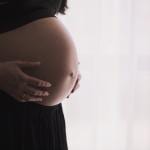