If You’re Going to Force Women to Be Pregnant, At Least Compensate Them

I am so sick and tired of reading anti-abortion takes by white men—or from anyone, really, but when it comes from a man, and a privileged man to boot, it is just especially appalling. But here’s a thought: if these men, who can never get pregnant themselves, want to force women who are pregnant to carry pregnancies they don’t want to term, they should at least pay them for their trouble.

Consider: because abortion exists, whom who are pregnant and do not want to be pregnant don’t have to be pregnant. It’s not like remaining pregnant is inevitable, or incontrovertible.

I would argue that anyone working to ban abortion has an obligation to compensate women for what they are putting them through. We’re talking about quite a few things:

1. Medical costs. Depending on whether you’re insured and what your insurance looks like, pregnancy and birth can run between $5000 and $50,000.

(Or we could just have universal medical insurance.)

2. Surrogacy payment. If you’re going to force a woman to go through a pregnancy they don’t want, you damn well better at least pay them what a surrogate makes. That’s $40,000 to $60,000. Remember, we’re talking about all of those body changes and permanent stretch marks, as well as the pain of labor.

3. Compensation for lost work. Women who are pregnant have to take time off work to go to doctor appointments; many women have to leave work to go on bed rest. Then there’s the period after birth—many workplaces don’t offer any form of paid sick leave. Also, some women risk getting fired if they get pregnant (it’s not supposed to happen, but it does). So we’re probably talking $5000 to $10,000.

(Or we could just pass mandatory paid maternity leave.)

(Or we could just have government-subsidized childcare.)

5. Food, clothes, shelter. Having a kid likely means you can’t live with a roommate, and need your own place. If you already have kids, it may mean you have to get a bigger place (there are rules that require at least one bedroom per two people, for renters). And that’s outside of food and clothing. Oh, and then there’s healthcare. Egads. Let’s allow 100,000 over 18 years. (That’s only $5000 per year, for food, clothing, and housing, so it’s actually very, very conservative.)

Lest anyone say these last two items don’t count because women can always give a baby up for adoption, that’s a no from me. No one should be made to give a baby up for want of funds, and it is wrong to force a woman to bring a child into the world and then force her to give it up.

What are we up to? $250,000, assuming the woman has health insurance and only needs to be compensated for the deductible and coinsurance, and not the full cost of pregnancy and childbirth.

I have half a mind to start a fake anti-abortion online presence dedicated to the idea that abortion should be prohibited and every woman who has an unwanted pregnancy should be given $250,000 cash, not taxed. The opportunities for trolling abound. One wonders: could a woman denied an abortion sue the government for this amount, arguing that being prevented from having an abortion amounted to a financial taking?

I’m struck by the number of times a better social safety net came up in my accounting: it’s a bizarre reality that abortion opponents tend to be the same people who oppose the very policies that would render it easier for women to bear and raise children. I can imagine a very different political alliance, in which a pro-natalist group argues that abortion should be banned (to ensure more children are born) and government policies should support mothers and children. (I suspect that the reason we don’t see this alliance is race.)

Now, of course, under any such schema it would quickly prove difficult to tell between wanted and unwanted pregnancies—and some women might get pregnant in order to access this funding (which might be impossible to tell from women choosing to have another baby because they could now afford it). I’m not actually suggesting we implement this any more than I’m suggesting it would be okay to ban abortion and force women to be pregnant—it wouldn’t, and it isn’t.

But those working to ban abortion need to understand what it is they’re doing. They often seem to live in a rosy fantasy world where every person can afford to have a child—a world where pregnancy isn’t a painful, difficult body-altering experience. Truth time: I pee my pants nearly every time I sneeze. Why? Because I had two vaginal deliveries! This is very, very common! But this is part of the reality that gets lost in simplistic right-wing narratives! No woman should ever be forced to undergo a pregnancy she does not want. Period. 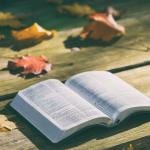 November 9, 2020
Answers in Genesis Accuses Josephus (but not the New Testament) of Bias
Next Post 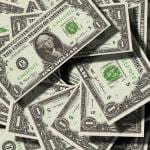