The Vision: All the Male Relatives

The Vision: All the Male Relatives January 22, 2021 Libby Anne

I am still feeling very shook by last week’s installment. As I started today’s post, I looked back over the last few pages to orient myself, and the interactions between Magdalene’s father and her mother were even worse than I’d remembered. Oh, and when Magdalene’s mother comes in at the end asking about Magdalene? She’d overheard enough of the phone call to know it was Magdalene on the line, remember. Anyway, Magdalene’s father yells at her, berets her, and threatens her.

It is extremely creepy and malevolent.

“You really, really believe you are superior, don’t you? You think you and your silly friends playing dress up in your bed sheets are the chosen of God! How did you ever get so stupid?” She faced him in her frightened state, defiant, demanding an answer.

Briefly, he wavered before responding by slowly removing and then reinserting the clip in his pistol.

She lowered her head, cowered, and left the room.

I suppose we could see it as a good thing that Magdalene’s mother still feels like she can step up and speak her mind, but there’s no way to read that passage without concluding that Magdalene’s father is intentionally frightening and threatening her mother with his gun. Magdalene should not go back there.

Magdalene’s father—Mr. Giles—parks on a logging road 500 feet from the main gate of the The Last Publishers compound. One of the teenage boys Asher has in lookout stations around the gates—“Gideon’s Band”—sees the van’s “secretive move”, and we get this weird bit of writing:

He called the other watchers and put them on alert, and then called Malachi and informed him. As Malachi started to alert the others he noticed that Omar was already leaving by the front gate. He was starting to call Asher when he got a call from Gideon’s Band informing him that the panel van had driven away.

Giles watched as a middle-aged black man drove through the gates and down the road in a small car—with Magdalene in the front seat beside him.

Hatred birthed from the loins of destruction seethed.

I don’t know about that last sentence, guys, I just don’t.

Anyway, Magdalene’s father—Mr. Giles—is real mad and starts using all sorts of words that I’d rather not reprint hear, and keeps obsessing over his daughter’s “Arian” blood. Why on earth did Omar tell Magdalene that she had to call her father?? What point is Debi trying to make here??

Narrator swap! Magdalene is super excited because she’s on her way to spend her last night in Tennessee babysitting Omar and Tess’s kids, and she loves babysitting Omar and Tess’s kids. I completely buy this, by the way. After I left home, I missed my younger siblings—whom I’d helped raise, much like Magdalene—and I often worked that out by spending time watching other people’s kids.

And in fact, we get a mention of this:

The bittersweet feelings of the evening stole over her. She loved these children as though they were her own brothers and sisters.

Yep. She got attached to Tess and Omar’s kids as a way to work through her feelings of loss regarding her own younger siblings. Poor Magdalene, there is just so much here. She’s the only character in this book who feels halfway real.

For seven miles Giles trailed Omar. When he finally pulled into his driveway, Giles drove slowly past, looking the place over as well as he could in those few seconds. Then he turned around to pass the house two more times, making sure he knew the lay of the land.

Scroll up to the top there. The Gideon’s Band guys called Malachi about a suspicious truck, then Malachi went to call Asher (or Omar?) when he realized Omar was already pulling out, and then the Gideon’s band called him back to say the truck was gone, so … he did nothing. Wow. Much security here. Very safe. Everyone has cell phones, he could have called Omar to tell him to make sure he wasn’t followed, because there was an odd truck parked in the area that disappeared the same time he left.

Oh well, it’s only Magdalene who will have to pay the price.

[Giles] was pleased to see that the home was located on a lonely county highway with a deep rise in the back, cutting off all view from the west. The cover would make it easy to use fire. By the time help was alerted, it would be too late.

I deeply resent Debi using the name Giles for this dirtbag of a human. But then, I highly doubt Debi ever watched Buffy, so I don’t think she was intentionally sullying the name of the best Watcher ever.

The chlorophyll would need to be handy. It would be easier to just put her out before she knew what was happening.

Quick. Someone. What is happening.

So now we switch to Magdalene’s mother, and Magdalene’s brother Ike, the one she has especially missed (Ike was younger than her—this isn’t the brother who took her to that party in exchange for drugs). Ike tells Magdalene’s mother that he knows where she is—that she sent him a God’s Word graphic novel but he’d been afraid to tell her (i.e. his mother) about it.

To Debi’s credit, she did have Magdalene send her brother Ike a God’s Word graphic novel Bible earlier in the book, after she got saved, and Magdalene did include a “secret symbol” alerting her brother that she’d been the one to send it. So this actually was set up.

“Ike, you have to help me be strong. I think your daddy’s going to do something to her the people that have helped Magdalene.”

The skinny fifteen-year-old boy’s shoulders were bowed under the load of his parents’ sins.

His pale blue eyes were filled with fear,

This is the most Arian of families.

but when he spoke it was with calm authority. His wisdom came form God. He knew the hand of God was on him. After reading God’s Story, which Magdalene had sent him, he had become enthralled with studying scripture.

“I know, mom. I heard him talking to some of the men and I can help you stop him, but once we begin, we can’t turn back.” He looked at her, measuring her response.

Again his mother covered her face with her hands as she sobbed, “I’m so ashamed, son. Bitterness and hatred have so poisoned your daddy that he cannot see good in anything or anybody. I tried to tell him, but it only made him angrier!

“Ike,” She continued her accusations, “did you know that your daddy is a White Supremacist? Do you know what that means?”

Ike looked at his mother, trying hard not to feel disgusted.

Even now her goal was to lay blame. She was so naive, it was pathetic.

“Yes, Mom. I know all about everything. That’s not the issue right now. Let me help you warn Magdalene.”

They try calling the TLP compound, but the offices are closed. Magdalene’s mother suggests they call the local police, but Ike says they can’t do that.

“I’ve heard Dad talking. That county’s elected leadership is full of white power members. I overheard him say that even the judge is KKK.”

Ike flushed bright red at his mother’s expression. “I’m sorry, but I’ve been using a listening device that I picked up at the pawn shop. At first, I was just goofing around to see what I could hear, but then I started to keep up with what Dad was doing. it’s a good thing I did. That’s how I know what Dad has been up to, and …”

He looked at her, willing her not to ask further questions, “I know what he’s capable of doing.”

Frustrated with her display, Ike rebuked her. “Mom, your crying is only endangering Magdalene’s life. it’s time to start thinking about what to do. You can cry later.”

Look, I’m no fan of the idea that children need to be silent or obedient or any of that, but this is gross. And frankly, I can’t see Debi describing a female child’s interactions this way. Ike can interact with his mother like this because Ike is a boy child. He’s 15, practically a man.

This is so gross.

Honestly, though, I’m unsurprised that Ike reads like this. He’s grown up watching an abusive father, and for all that Debi has him all converted and Bible-reading, Debi’s version of good, godly gender roles is itself abusive. So of course Ike is an up and coming abuser in training. It’s hard to read because I don’t think Debi has any idea how badly he comes across. This is Magdalene’s favorite brother, the one who always had her back, and he’s converted now; he’s supposed to be the good character.

And yet … the way he reads … this whole book is just such a harsh indictment of all of Debi’s teachings, and I don’t thinks he has any idea. It’s almost sad, it’s so stark.

Next we get this:

Then, removing the edge from his voice, Ike continued, trying to help his distraught mother focus. “We can call the feds and tell them what we know. We can call our local police here. They’re clean. We can ask them to help us get in touch with the feds. We still have time before dad gets to Magdalene. We can explain to the feds that the law in that small southeastern Tennessee town is KKK.”

Ike’s mother looked at him in disbelief. “They won’t believe you. No one ever believes me. They’ll think we’re crazy.”

Ike says they can give the authorities Mr. Giles’ computer with his passwords, and then they’ll believe them. I do not buy this. Also, they’re going to tell the feds that the KKK owns the town and the feds will … just believe them? No. No they will not. I don’t buy that at all.

They start calling local police and finally make contact with the feds near midnight. They send the information “over the internet connection to the feds” but “it was the weekend and government moves slowly on the weekend.” Uh. Yeah. IDK, none of this feels like it makes any sense.

You know what? I just flipped through the rest of the book. This plot line is never, ever mentioned again. I’m serious. The closest we get to a mention of it is that in the aftermath of the violence Magdalene’s father ends up involved in, the white supremacists are all arrested. There is a mention to “the feds” being involved, but no reference to Magdalene’s mother or brother contacting the feds. 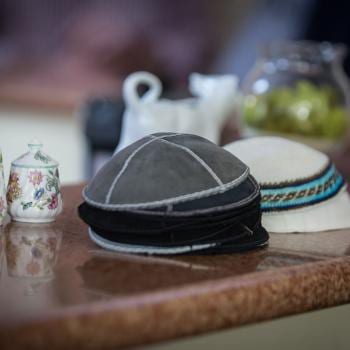 Nonreligious
The Vision: All the Jewish Virgins
Love, Joy, Feminism 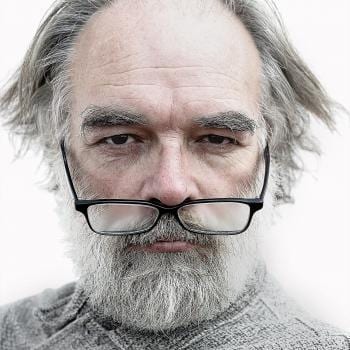 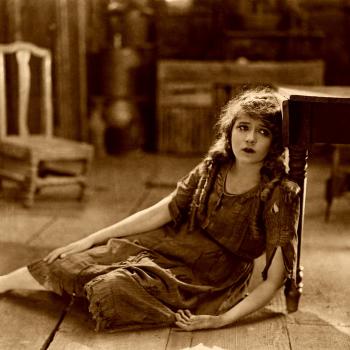