The Piazza del Popolo in Rome and Its Augustan Obelisk

A view of the Piazza del Popolo in Rome, with the Augustan obelisk in the center. 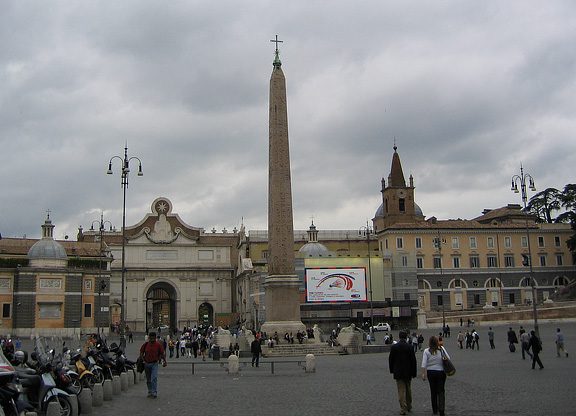 The obelisk in the piazza, once dedicated to an Egyptian pharaoh, but “repurposed” by Augustus to glorify himself. This was once in the Circus Maximus in Rome, but was moved to its current location in the sixteenth century. 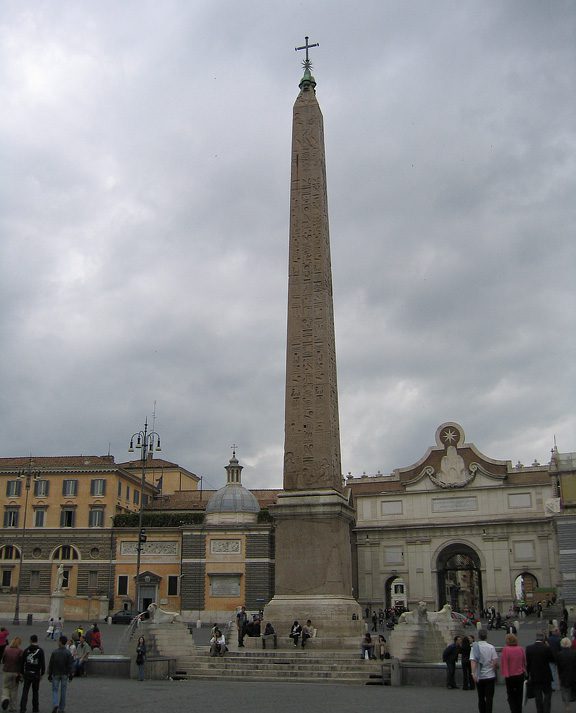 A closeup of the inscription on the base of the obelisk. This was added by Augustus. It reads: 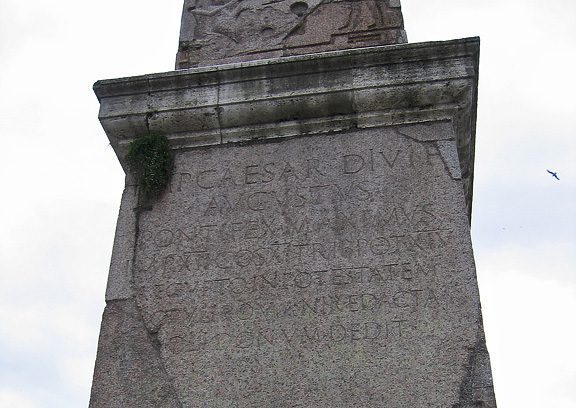 In English, this would be translated:

“Emperor Augustus Caesar, son of the divine Caesar, Supreme Pontiff, given the title of imperator [a former word for emperor and also meaning Supreme Chief] for the eleventh time, and, after subjecting Egypt to the Romans, entitled to represent the people [Tribunicia Potestas] for the fourteenth time, offered this obelisk as a gift to the sun.”