“I was a stranger, and you did your best to starve me, my wife, and our four year old…”

Patheos Explore the world's faith through different perspectives on religion and spirituality! Patheos has the views of the prevalent religions and spiritualities of the world.
Governor Deal is acting like a goat.  Goats don’t have happy endings.  Sign the petition and help Governor Deal repent of being a goat. 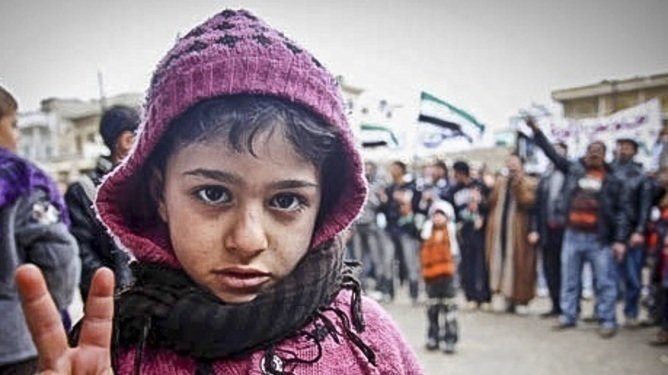 “After successfully fleeing war-torn Syria in an effort to escape ISIS, Mohammad and his wife Ebtesam, along with their 4-year-old son, were resettled near Atlanta, GA.  Having had his attempt to block Syrian refugees from coming to the state, Governor Nathan Deal ordered that state agencies not assist with the resettlement in any way.

This led to the Department of Human Services refusing to process the family’s application for Supplemental Nutrition Assistance Program (SNAP) benefits.  Fortunately, the good people at World Relief and Johnson Ferry Baptist Church are helping with the newly settled family, but this isn’t enough.

Local churches and organizations should not have to step in due to Governor Deal’s refusal to implement federal law as required under the statutes of our great nation.  Additionally, there’s only so much these two groups can do. By refusing benefits, Governor Deal is essentially trying to starve this family out of Georgia.

Governor Deal and the Georgia Department of Human Services are in direct violation of federal law that says “states cannot discriminate based on national origin or religion” when it comes to implementing federal programs like SNAP.  Deal has stated that he’ll defend his decision in court even though it will cost the taxpayers money.

Even his own attorney general, Sam Olens, has stated that Deal has no legal ground to do this and that he hopes litigation can be avoided.  Mr. Olens, it can.  Governor Deal must immediately rescind his executive order commanding state agencies ignore federal law and allow this application to be processed.

Any other choice will simply cost taxpayer money with the exact same outcome.”

December 18, 2015 Some Excellent News from the Nashville Knights of Columbus
Recent Comments
27 Comments | Leave a Comment
Browse Our Archives
get the latest from
Catholic
Sign up for our newsletter
POPULAR AT PATHEOS Catholic
1

Catholic
The Feast of the Holy Family...
Catholic and Enjoying It!

Catholic
Traditionalist Reader Eric S. Giuntas has another interesting...
Catholic and Enjoying It!

Catholic
Some of the many things the "prolife" Trump...
Catholic and Enjoying It!

Catholic
Vote for the least of these and Christ
Catholic and Enjoying It!
TRENDING AT PATHEOS Catholic