Giving a psychic reading can often feel like playing a game of psychic Charades and Pictionary at the same time. For those unfamiliar, Charades is a game where one person has a word and has a limited amount of time to convey the information through gestures and sounds without speaking any words. Pictionary is similar but instead of acting out the word, the word or term is drawn until someone figures out what’s being conveyed. This is often how it feels when receiving psychic information, so the best way to start building your muscles to understand and convey information accurately is to understand yourself. In a previous article I talked about the importance of evaluating everyday symbolism for synchronicity to open you up to receiving psychic symbols. It’s important to understand how to discern the difference between what you’re receiving and how you’re interpreting that information. This is especially crucial in my personal practice since I often do not have interaction with the client in person to validate it during the reading itself. Pretty much perform a blind readings from a distance, where I’m talking into an mp3 recording for 15 to 30 minutes based on a sentence or two that the client has given me, if they’ve given me any at all.

We’re often taught that to do psychic readings (or anything spiritual) that you need to shut off your ego. This is true and untrue to certain degrees. To receive the information we need to be able to move beyond our ego and tune into our higher and lower selves to receive the information. It’s also important to not be using your ego to be making judgements about the person or the information that’s coming through – and this is often done by just being centered in your heart before the reading begins. However, the ego is important when conveying information. The ego, in its simplest form, is the middle self – or rather it’s the way that we interact with others and relate to them. In my tradition of Sacred Fires, it’s represented by the Spider who weaves together the threads of the Higher Self and the Lower Self into something tangible, cohesive and relatable. Without the ego, we have no way of interpreting the information we’re receiving and absolutely no way of translating that information in a way that the client will understand. The ego takes the information it’s receiving from the other-selves and translates it into words and images (as this is the realm of the middle self). To be a good reader, one should have a healthy relationship with all three aspects of their soul – higher, lower and middle self.

I performed a mediumship reading recently. At one point I start seeing diamonds, but then I see the diamonds under the ground. Now, there’s several ways I could relay this – I could take that as a clue to say “he’s buried diamonds somewhere” – which is a somewhat valid sounding interpretation. What I say instead is “I’m seeing diamonds and they appear to be underground. Emotionally, I feel this is very important to him. However, as I’m looking at this image closer it looks like they’re planted under soil almost like seeds. Earlier, I got that he lived on a farm or ranch. So the way that I interpret this is as a pun of “rich soil” and a strong emphasis on the quality of land being a strong priority in his life or he may have concern about a specific plot of land, perhaps regarding his farm.” This statement was correct.

[I do not offer mediumship publicly at the moment, however if you’re looking for an insanely talented medium, I highly recommend seeking out the services of Danielle Dionne.]

Sometimes the images are a bit more complex and confusing. So it’s particularly important to try to be super clear about distinguishing the difference of what you’re receiving versus what you’re relaying. One client I had came to me asking about work. I decided to try to tap in and see what information I could glean on what his career was about. I tuned in and saw three figures. As two stepped forward, I realized that it was Ares and Posiedon. I understood that these were psychic symbols and not the actual deities coming forward to relay a message. I work mostly with Greco-Roman deities in my witchcraft practices, so these are symbols I understand. Here’s how I relayed the information:

“As I tune in, I see three images. It looks like Ares and Poseidon are stepping forward. So I feel that perhaps you either do or have done something involving the military – particularly involving water. So I would interpret this as saying you have a career history with the Navy or Coast Guard or something of that nature.” I mentally ask the third figure to step forward. “The third figure is stepping forward and it’s recognizably Athena, however, she’s holding something in her hands. As I take a closer look, it appears to be a mechanical owl, like in that old movie Clash of the Titans. So I feel the message is indicating that you did something that involved a bit more intelligence, perhaps something mechanical or computer related.” After the session, the client confirmed that this was all accurate. However, I could have easily have said, “You have three deities surrounding you. Perhaps you have a past life in Greece or you’re a Hellenic Pagan.” It’s the same information but it is unverifiable at best and inaccurate at worst.

Other times, you really have to just trust the information and make that leap of faith in regards to your interpretation, especially when it’s something that you don’t really have any frame of reference for. I tuned in further and saw that this was in the past and began seeing new images. The first thing I saw was a Tesla Coil with lightning running all around it. The second thing I saw was a microchip. What? I have no idea how to relay or interpret this. So I asked for clarification, which is always incredibly helpful and sometimes important. Here’s how I relayed the information. “So I’m a little confused, I’m seeing one of those large Tesla Coil things with energy running all around it, but I’m also seeing a microchip. Let me ask for a little bit of clarity… Okay, so this is even weirder. I’m seeing an orchestra, at like an opera or something. But everyone is motionless except for the guy leading it, and I feel there’s emphasis on that. Oh man, what is that guy called? A conductor? A conductor! Just like a Tesla coil! So taking a leap of faith here, I would interpret this as saying you work on or do something with conductors and microchips.” After the session the client informed me that he works on semi-conductor microchips with lasers (which he felt the Tesla coil lightning was also hinting at).

There are also times when you’ll receive information in symbols, because you have strong boundaries set up. I have a strong aversion towards gore, and even the human body. I joke that I like to pretend that underneath our skin is nothing but chakras and meridians and light. For some reason organs and blood and veins and bones really makes me queasy. While training under Laurie Cabot one of the exercises she has us do is “health case studies”. Essentially we’re given the name of a person and their age and location but nothing more. We use the techniques taught to us to try to psychically diagnose this individual who has already been diagnosed by a medical physician, so the results can be verified by the other person. One of my health cases I saw red wine (as opposed to blood) with white chunks in it. I then saw a valentine’s day heart with those white chunks around it as well. I interpreted this as saying there’s problem with blood pressure and cholesterol that’s affecting the heart. This was correct.

In my first year at the Temple of Witchcraft we did the same exercise with health case studies, to get us to trust our psychic ability.  So for one of mine, I kept seeing a pair of balloons next to each other inflating and deflating. That’s because the problem was with their lungs. If I had actually seen the lungs and the ailment, I would’ve been grossed out and thrown out of my altered state. So I received the information in a way that I could handle. But I obviously wouldn’t interpret that as saying “I feel like your balloons aren’t filling up right.” Ha! However, for another health case study there was a part of it where I felt pain on my head and kept seeing impact. I said “I feel like they were in a car accident because I keep getting blunt trauma to the head which has caused brain damage.” This turned an accurate hit (pain on head from impact that caused brain damage) to being highly incorrect by interpreting it as a car accident.

This is why it’s so important to figure out how you receive information, understanding how you relate to symbols and discerning between what’s being shown to you and how you’re interpreting it. Sometimes it’s as clear as seeing a movie play out in your head. Other times it’s a game of Pictionary where you’re fighting together images such as “Ares, Poisedon, Athena with Mechanical Owl”. Sometimes it’s a play on words such as “Rich Soil” and “Conductor”. Sometimes it’s more like charades like the movement of the balloons conveying the function of lungs. Understanding how you think, how you work with symbols and being clear between what you’re receiving and how you’re interpreting it can make a huge difference between a mediocre reading and an outstanding reading. 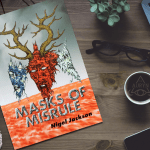 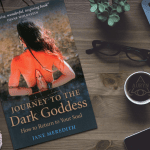 July 6, 2017 Review: Journey To The Dark Goddess
Recent Comments
0 | Leave a Comment
"This makes me love jack-o-lanterns even more."
Anonymous Jack-O’-Lanterns and the Devil
Browse Our Archives
Related posts from For Puck's Sake