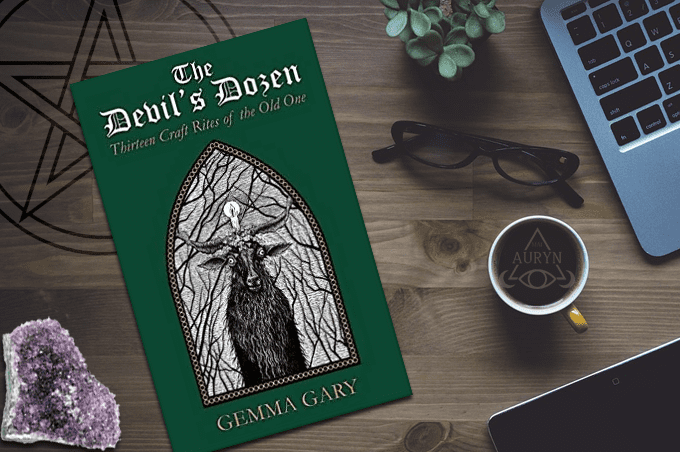 As a Traditional Cornwall Witch, Gemma Gary looks at the darker aspects of the God of the Witches as initiator, psychopomp and guide of the powers of the witch in her book, The Devil’s Dozen: Thirteen Craft Rites of the Old One. While the name “the Devil” causes discomfort and unease among many neo-pagan and outsiders, it is part of this “forbidden”, wild and perhaps even dangerous taboo of energy and history of the Horned God of the Witches that is explored bravely within this book. There is a current of power and history shrouded within this name and imagery which wards off those who would be turned away by fear of those who cannot release their shackles of previous indoctrination  Even with this traditional name for the Witch Father that survives within older forms of witchcraft, he is not one and the same with the Christian Concept of Satan, though there are threads of similarities, most likely taken from the Old One in his various guises by the Church and grafted upon their “enemy” of their God.

As a modern gramarye, this book is primarily focused on a call and thirteen different rites to work with the “Man in Black” of old traditions of European witchcraft. The rites include:

I was lucky enough to obtain a signed first-edition hardcover of this book, but I’m thrilled to see that the book is now available as paperback at a very reasonable price. The rites themselves are powerful and moving, however one must have access to nature for these rites. Many of the rites involve being alone in the woods at night, the place where The Old One’s powers are strongest. One rite also involves an abandoned church yard. So if one does not live in a rural area or know where a local abandoned church yard is, they may have difficulty performing these rites. However, I would recommend anyone interested in performing these rites plan on going on a camping trip perhaps to perform them – as they are well worth it. This is also a fantastic book for anyone who is just intellectually curious about this book. 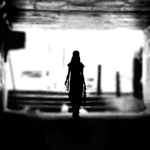 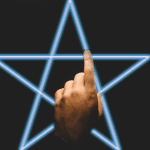