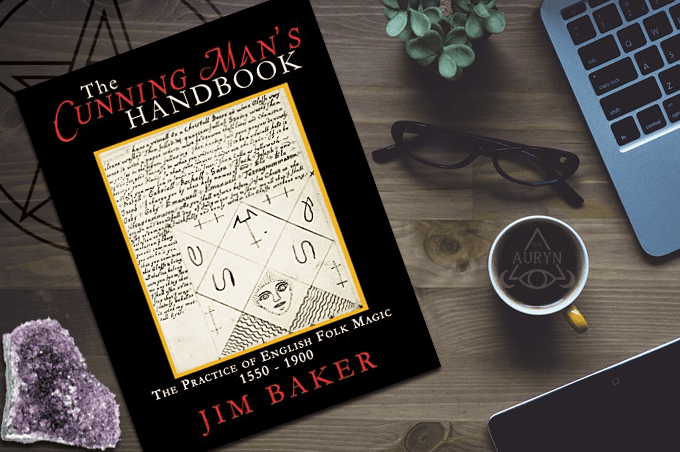 The Cunning Man’s Handbook by Jim Baker is an extremely ambitious book to write and the author should be applauded on that alone. Coming in at 556 pages, this book explores the history, cosmology and magical practices of the Cunning Folks of Britain and America. Baker shows how the Cunning Folks were magical practitioners with an Abrahamic worldview which permeated their culture and as such filtered their perception of reality and thus their magick.

Baker writes that “There was no independent or alternative “pagan” social component in England by 1550, at least. Influences and adaptations from either pre-Christian Britain or Greco-Roman culture (which were numerous) either remained intellectually incoherent or, more generally, had been modified to fit the Abrahamic pattern.” In fact, most of the Cunning Folks had strongly negative beliefs about witches, their nature, and what they did. In the Cunning Folk’s mind, they were the good guys and the witches were the bad guys. As a non-Abrahamic witch, I didn’t find any of their beliefs offensive but instead found it vastly intriguing, as there are parallels with Traditional Witchcraft beliefs, just from a different side of the coin.

Baker takes a very academic approach to the subject of the Cunning Folk, relying solely on historical information and primary sources without romanticizing or revising the past to fit any particular pre-conceived narrative. Many common misconceptions are dispelled and information clarified. For example, he writes, “The Cunning Folk were not a homogeneous subculture consisting mainly of poor illiterate “hedge witches” but rather represented an extended continuum ranging from simple village or backstreet practitioners to quite sophisticated experts who could match the achievement of educated Renaissance magi.” I personally had always thought of the Cunning Folk as poor, uneducated healers on the outskirts of society.

The book is anything but a light read and took me way longer to read than most books but it was infinitely fascinating and greatly rewarding to do so. The book provides the best showcase of the Cunning Folks, their practices, and their way of life – while also providing the most complete praxis on usable Cunning Folk Magick that anyone can get their hands on, a magick that is almost 500 years old. The book is full of healing, geomancy, treasure hunting, astrology, curses, dream interpretation, charms, spells, spirit conjuration, and geomancy. For those who are interested in historical magick, or want to learn more about a tradition that deeply influenced modern witchcraft, this book will not disappoint you. 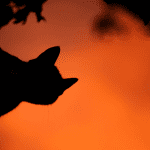 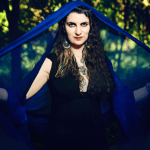 October 17, 2017 Laura Tempest Zakroff on Art, Movement, and Magick
Recent Comments
0 | Leave a Comment
"This makes me love jack-o-lanterns even more."
Anonymous Jack-O’-Lanterns and the Devil
Browse Our Archives
Related posts from For Puck's Sake