There may not be any animal so closely associated with bad luck or witchcraft than that of the black cat. The cat (particularly the black cat) has a long history in regards to ideas of luck (particularly bad luck), magick and witches. It’s easy to see how cats would become associated with the unknown. Being naturally primarily nocturnal creatures that prowl around the night stealthily with eyes glowing, and “singing” to the moon, cats seem to have an otherworldly connection about them. However, black cats weren’t always associated with bad luck in Europe, but seems to have transitioned from being symbols of good luck to bad luck. Possibly once held as sacred in Europe, there’s evidence that may suggest feline worship by the pre-Celtic megalith cultures, such as the burial at the great chamber of Fourknocks.

“The concept that black cats are an evil omen is not necessarily a native European belief. Originally it was a Celtic belief that having a black cat cross one’s path was a sign of good luck; the blessings of the old religions become the curses of the new. Cats have long been considered extremely psychic, in-tune creatures and are known for their independence, secrecy, and elusiveness. The cat’s medicine is considered to concern independence, psychic insight, wisdom of the night (and otherworlds), and deftness in grace.”

“According to Man, Myth & Magic, an Italian legend tells of a cat that gave birth to her kittens under the manger in which Jesus was born. “but the cat was not destined to be venerated in Christian Europe, for the Church with its violent repudiation of paganism succeeded in reducing the status of this once sacred animal to that of a devil …During the persecution of the Cathars the belief was fostered that these heretics worshipped the Devil in feline form, and the stage was set for the cat’s unwitting participation in the witchcraft tragedy.”

Cats were often linked with the otherworld in Celtic lore. One example is in the Voyage of Máel Dúin, where the hero comes upon a magical island inhabited only by a single cat. The island was luxurious with a beautiful palace full of treasures. When one of the hero’s companions tries to steal some of the treasure, the cat shape-shifts into an arrow and kills him.

“The contemporary fear of black cats, like their associations with witches and Hallowe’en, may be Celtic in origin, although some have traced the connection to the Greek goddess of witchcraft, Hecate, who was associated with cats.”
– Patricia Monaghan
The Encyclopedia of Celtic Mythology and Folklore

You may be thinking, Hecate is associated with dogs, but she is indeed also associated with cats. Ovid shares that when Princess Alcmene was pregnant with Hercules by Zeus, her servant Galinthias played a trick on Hera to ensure that Alcmene would successfully give birth without Hera thwarting it. Hera enraged turned Galinthias into a cat as punishment and sent her to the underworld where she served as a priestess of Hecate. Thus, black cats were considered omens of death, witchcraft, and the underworld due to their associations with Hecate.

Hecate isn’t the only goddess of magick associated with cats. Cats were sacred to Freyja of Norse mythology, whom among many things was the goddess of Seiðr, a type of visionary sorcery practiced in the Late Scandinavian Iron Age. The cat was also associated with Diana. In Aradia or Gospel of the Witches, Diana (as Queen of the Witches) shape-shifts into a cat to sleep with Lucifer and thus becomes pregnant with Aradia. The Greeks associated Artemis with the Egyptian goddess Bastet and this conflated goddess was named Ailuros.

Antoninus Liberalis wrote in Metamorphoses during the 2nd Century C.E. that, “Typhon felt an urge to usurp the rule of Zeus and not one of the gods could withstand him as he attacked. In panic they fled to Aigyptos (Egypt) . . . When they fled they had changed themselves in anticipation into animal forms . . . Artemis [became] a cat [i.e. the Egyptian goddess Bastet].” He was not the only ancient writer to write that Artemis and Bastet were the same goddess. Herodotus and Pausanias also wrote that Bastet and Artemis were one and the same. Cats were also considered sacred to Hathor, Kybele and Lilith.

In Scotland they believed that black cats were shape-shifting witches. Just like witches, cats were believed to have the ability to control the weather or predict it. One Scottish superstition states that if a cat walked away from fire, then a storm was coming. If a cat washed its face, it was believed that it was conjuring rain. A megalith in Scotland named Clach Taghairm nan Cat (“the stone of the devil cat”) is where cats supposedly came together during Samhain to celebrate. Witch-hunters such as Nicholas Remy and Jean Bodin disagreed on whether cats were really witches or demons.

“Cats are traditionally Hungarian witches’ alter egos, their doubles. Is the witch a cat or is the cat a witch? In this hall of mirrors, who can tell? In one Hungarian witch-trial transcript, the prosecution’s witness recounts how upon encountering two cats at night, whom he perceived as nocturnal apparitions, he began to talk with them, informing them that he wasn’t afraid of them because “Lord Jesus Christ is with us.” The cats, he claimed, responded with peals of human laughter.”
– Judika Illes
Encyclopedia of Witchcraft

Cats were hated by the Catholic Church so much for their association with witchcraft that Pope Innocent VIII declared in 1484 that “the cat was the devil’s favorite animal and idol of all witches.” One idea behind this also, was the idea that the cat was rebellious and wouldn’t submit. Unlike a dog or other domesticated animals, the cat couldn’t be trained to obey or be loyal – thus having a rebellious, heretical or satanic personality, that went against the “roles” God placed upon man and animal. Pope Innocent VIII demanded that all witches that were burned, have their cats burned with them. A woman having a close connection with a cat was seen as unnatural and enough evidence for an accusation of witchcraft and thus death.

Pope Gregory IX demanded that all cats be exterminated, especially black cats. The decline of cats exacerbated the Medieval Black Plague, which was in decline when cat populations were high and rose as cats were exterminated. It is now believed that it was the rat populations that carried the plague bacteria within their fleas where the bacteria could multiply. As their predators were wiped out, the domestic cat, the rat population rose. This fear of witchcraft and the cat’s connection to witchcraft led to an estimated 50 million people’s death in the 14th century, or 60 percent of Europe’s entire population 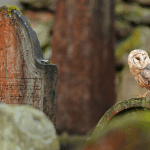 October 12, 2017
The Craft, The Devil, Familiar Spirits, and Validation
Next Post 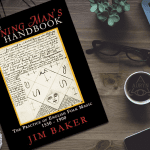