The Magick of Affirmations

The power of affirmations are easily overlooked. Affirmations are simply positive statements about oneself, usually worded in the present tense and spoken out loud repeatedly. Affirmations are most commonly recited in front of a mirror, while looking yourself in the eyes. Many dismiss this practice as self-help or new age, and indeed they are embraced heavily by both but that doesn’t mean that it isn’t helpful to the witch as well.

As witches, we understand the power of the spoken word and the power of thoughts. We understand that the internal world and external world are intricately linked. That doesn’t make this process feel any less ridiculous in the beginning, but as the affirmations begin working, you will quickly push those feelings aside, as those feelings are usually based on negative programming anyways.

We are constantly being bombarded by conditioning. Whether it’s marketing, or the words of others, people are constantly conditioned to be programmed with self-doubt, self-deprecation, complacency, and insecurity. Sometimes it’s intentional, so that you’ll be controlled to buy a certain product or think a certain way or vote a certain way. Sometimes its just people lashing out their own insecurities and projecting them upon you, and when this is done in ones childhood it has a much stronger impact that’s deeply wired. Either way, the subconscious mind soaks these things in and we usually become our own worst bullies. As witches, it’s important that we know ourselves and take control of our own minds and energy, so that we can step into our personal sovereignty.

Affirmations can change how you think. How? While I’m not a scientist in the least bit, this is how I’ve come to understand the science behind it. The brain is constantly creating and strengthening electro-chemical neural pathways that are used the most through constant stimulation. If a certain way of thinking is repeated, consciously or unconsciously those pathways become the predominant ones used, leading to thinking or feeling in this manner more and more. This is called neuroplasticity. Now, energetically the same is true. Energy pathways that are used more, become strengthened and easier to access while those that are ignored become weakened. The energy body has its own form of memory.

The human aura has a layer called the mental body. When we think thoughts they appear here briefly. When we think thoughts repeatedly they become “crystalized” in the aura because that pathway for that thought to appear has strengthened. This is also true for emotions and the emotional body layer of the aura. These crystalizations of thoughts and feelings that are constantly given power become known as “thought-forms”. The word thought-form has many meanings, but I use it here to refer to its most basic form. The thought-form then begins to take on a life of its own, though this basic form of it is much more like a psychic amoeba than say a programmed robot or a conscious being.

This thought-form amoeba begins a self-fulfilling prophecy. Lets say you’re constantly thinking and saying that you’re ugly. This pathway into your energy field becomes more used, so a channel widens so that the energy is used often and begins crystalizing within your energy field as a thought-form. This thought-form then begins generating the feelings and thoughts of being ugly, so that you think and feel this more. That in turn sends more energy back into the pathway and strengthens the thought-form more. It becomes a somewhat vicious cycle.

While you can cleanse these thought-forms from your energy body, that channel is still there. So how does one get rid of that channel? By starving it, and replacing it with a beneficial one. This is strongly intensified in the practice of performing affirmations, especially in the mirror. But why the mirror? Because when you say affirmations into the mirror, you’re casting glamour magick.

Glamour is considered an illusionary spell, one that makes you appear a certain way to others. When a glamoury spell is worked, Silver Ravenwolf defines its effects in three ways, in her book To Light A Sacred Flame:

By all these criteria, affirmations are a form of glamour. The key to great affirmations is to really feeling like its true while you’re saying it. By looking yourself in the eye, you are not only saying it to yourself, you’re having it said to you. Both of which are very important for reprogramming yourself in the way that you desire. If you don’t think it’s a form of glamoury, experiment with it. Notice how people begin seeing you in a different light. Slowly this illusion becomes a reality as you step into being that which you’re transforming yourself into.

If you feel like a failure and begin using the affirmation “I am successful” over and over, you begin to feel it, you begin to believe it, you begin emanating that energy and others pick up on it and begin seeing you that way. Affirmations must be used daily and over prolonged periods of time. Those neuropathways and those energetic channels to those thought-forms aren’t going to change overnight. Real change takes time and work. The most successful people I know, and the most powerful witches I have met have all embraced affirmations. Affirmations have done wonders in my life, and I encourage others to take the practice up. 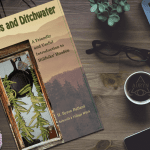 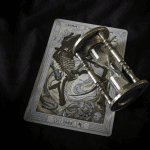