One of the things that I’m always surprised is never emphasized enough when beginning psychic development work or magickal studies is the importance of hydration. At most, only a sentence or two is often devoted to it, making it easy to overlook.

Water is the most abundant substance on our planet. It is estimated that the average adult body is composed of 60% percent water. The brain and heart alone are composed of 73% water. Hydration has obvious health benefits, which also include fighting fatigue, mental cloudiness, and assisting in regulating sleep patterns. Strengthening the ability to focus is important to these types of work, as is sleep which assists the pineal gland’s function which is often directly correlated to psychic and spiritual experiences. But why else would hydration be important for various types of energy work?

Water is a fascinating substance. Water is believed to be a conductor of psychic and spiritual energies, and based on my experience I would agree. It allows one to be totally receptive to energies without becoming fried by those energies, as you will eventually literally flush them out and because it is a solvent. For this reason, staying hydrated is also an important part of magickal protection. In fact, most traditions of Feri/Faery Witchcraft teach an emotional and energetic cleansing rite based on drinking water called Kala, based on Hawaiian Huna.

Water in occultism is associated with both the emotional realms and the psychic realms. As we’ve seen with the experiments of Dr. Emoto, water seems to have the ability to retain emotional imprints within them, being one of the easiest substances to magickally charge. This may be why the idea of blessing and creating holy water is so widely embraced around the world.

Don’t take my word for it though. Experiment with being hydrated. You will most likely see a huge difference in how receptive you are to psychic, spiritual, and other subtle energies. It will also help allow you to feel the energies being manipulated, called in, and cast out in your magickal practice, making it far more palpable. And hey, if you don’t notice the difference, the worse that will happen is that you’re hydrated and receiving the health benefits of it. 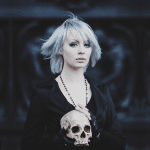 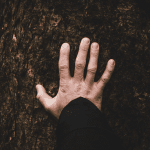